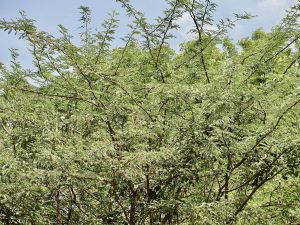 The trees / shrubs are deciduous and their leaves are pinnate (a compound form of leaf); they are also thorny.  The trees produce flowers through Spring and Summer, and the seeds (beans) form in pods.  The trees can be used as a source of timber (for furniture, and in the past ship building).

One species of mesquite, Prosopis julifera, has been introduced to various parts of the world - where it was thought that it might offer shade, animal fodder / food, and soil stabilisation in hot and dry areas.

However, it did not take long for problems to arise with its introduction.  In East Africa, it was introduced in the early twentieth century - with idea of the trees producing foliage and hence fodder, coupled with the hope that they would offset desertification.   At first, the trees seemed useful with the deep roots helping stabilise soils, and keeping the sands at bay; some valued it as a source of charcoal.    But, the tree spread, slowly at first but more quickly with time.  It has now colonised vast tracts of land, out-competing many indigenous species, sucking precious water out of the ground, tolerating heat where other species wither and die.  Mesquite can essentially create a monoculture. Essentially, it has become an invasive species.  Attempts to remove it from natural forests are underway in some areas. 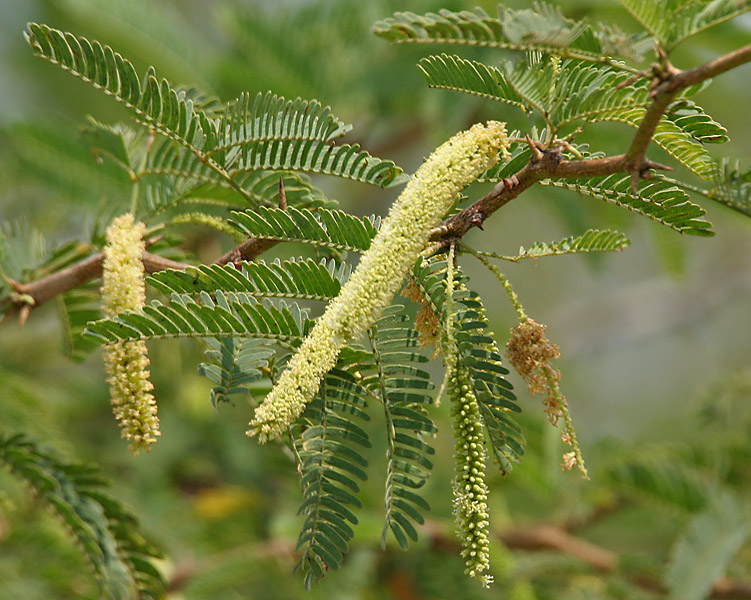 In parts of northern Kenya, mesquite is growing so fast and thick, it is blocking the paths of animal migration.  Near the Somali border, the growth of mesquite along the river banks has stopped livestock from drinking at major watering holes.  The spread of the mesquite is also robbing farmers / herders of pasture land.  By colonising grasslands in Kenya and Ethiopia, extinguishing much of the natural vegetation the mesquite has pushed the endangered Grevy’s zebra nearer to the brink. To a degree, this zebra has been an architect of its own downfall;  its dung acts as fertiliser;  and as it grazes it helps spread the seeds.

It was initially thought that mesquite could provide food for livestock, however, the seed pods are sweet and there is little else to eat so cattle suffer tooth decay - as the pods tend to stick to their teeth. Whilst the mesquite has had a detrimental effect in many areas where it has been introduced, some regions such as North East Brazil have a more positive impression of the tree.  Also in Hawaii and Sri Lanka,  P. juliflora forests have developed, covering steep arid mountains previously denuded of vegetation.

Featured image of tree  (above) from Thamizhpparithi Maari at Wikipedia