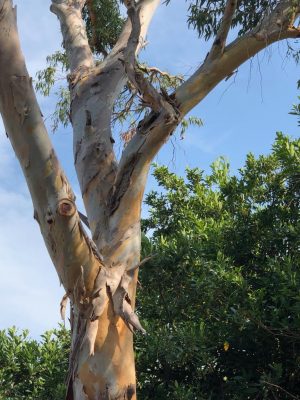 The myrtle family includes plants such as the bay rum tree, guava, all spice, eucalyptus and myrtle.  All are woody, with evergreen leaves and produce essential oils.  The Eucalypts are particularly associated with Australasia, with Eucalyptus regnans being the tallest flowering plant in the world (see featured image).  However, one particular genus that has come to prominence in recent years is Leptospermum, largely due to interest in L. scoparium - the Manuka or tea tree.  This grows uncultivated throughout New Zealand and south eastern Australia.  The common name of tea tree comes from the practice of early Australian settlers who infused the leaves in boiling water to make a herbal tea.

The honey produced from the nectar of these trees is much in demand and is being investigated for its anti-bacterial properties.  Manuka honey (as it is generally referred to after the Maori name for the tea tree) is produced by honey bees foraging on the nectar of these trees.  The bees take nectar from the flowers (Image below - by sixmique from Pixabay) into their crop  a specialised part of the insect’s fore-gut).  On arrival back at the hive, the nectar is regurgitated and stored in the honeycomb.  Water evaporates (due to the fanning activities of the bees) and the honey becomes quite viscous, varying in colour from dark cream to brown,  with a strong ‘earthy’ flavour. 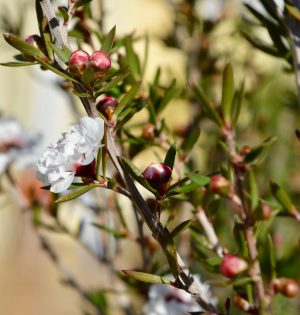 True manuka honey is in great demand.  Honey has been considered valuable in wound healing / dressings since ancient times, but manuka honey is said to have particular therapeutic advantages over other honeys. The antibacterial activity of manuka honey is thought to be due to a reactive compound - methylglyoxal (MG).  This is formed from dihydroxyacetone as the nectar changes into honey.

The concentration of methylglyoxal in manuka honey is much greater than in other honeys (though manuka honey should be used with caution in diabetic patients).  Research workers at the University of Waikato, New Zealand recently investigated how the quantity and ‘quality’ of tea tree nectar is affected by various environmental factors and genetic make-up.  They were able to show that :- 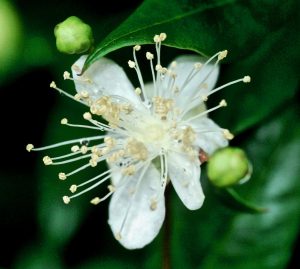 For the ‘best’ honey, the bees need to find the right plants at the right time.

The Myrtaceae includes  some 3,300 species of trees and shrubs, including the common myrtle (Myrtus communis).  This is an evergreen shrub with white flowers (see image to right), though sometimes tinged with pink.  The myrtle is found in southern Europe, North Africa, Western Asia, and the Indian subcontinent.  Myrtle is cultivated and used in some religious festivals; it is valued for its delicate and fragrant essential oil.

The fruit of the myrtle is a purplish-black berry known in the Middle East as a mursin.  Mursins can be dried then ground up to add flavour to stews,  or boiled to yield a jelly or a drink. 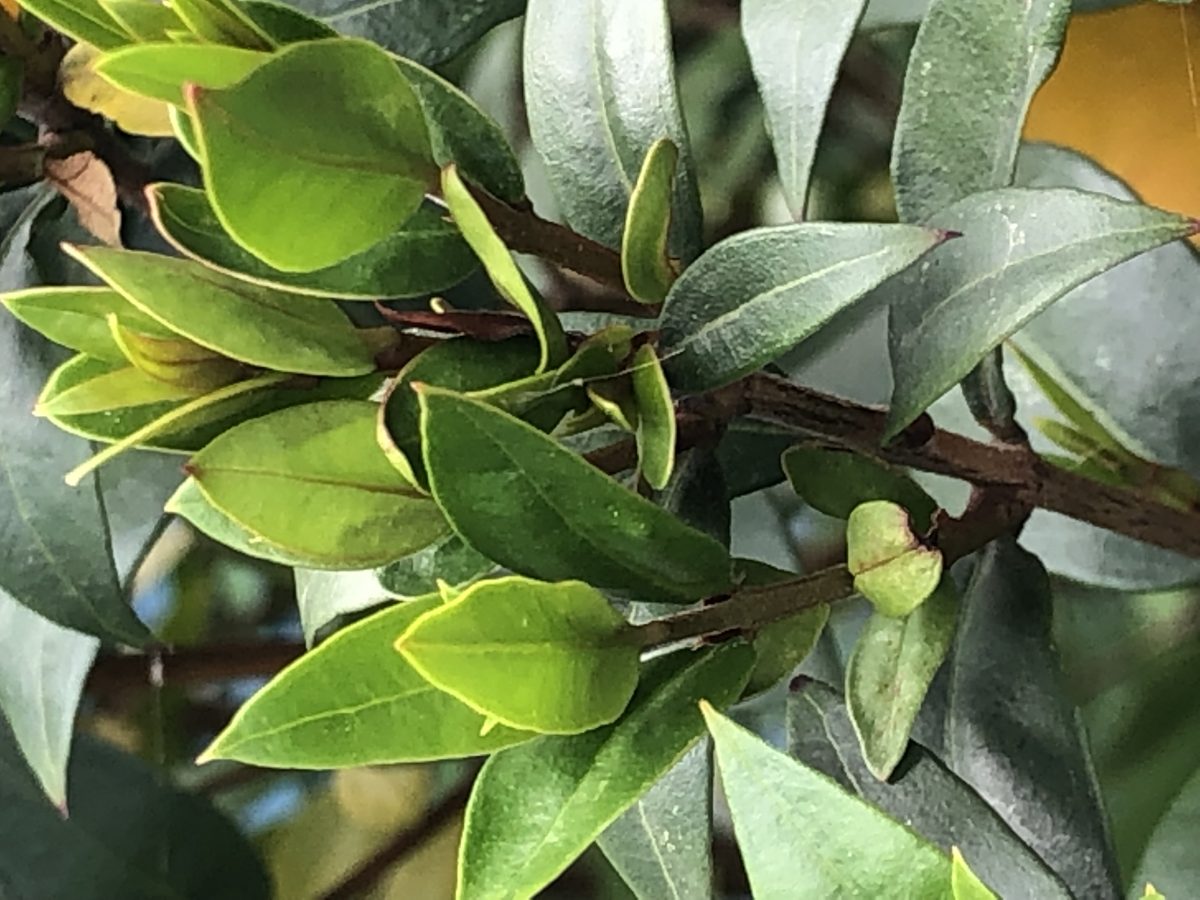