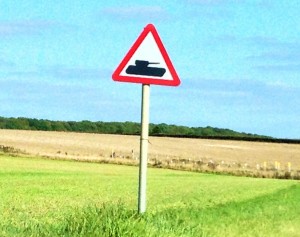 Many efforts to conserve woodlands have been planned and targeted.  However, an important strand of conservation has emerged as a by-product of other activities (or non-activities).  Examples include the huge areas of undisturbed land in the firing ranges of the British army over the Salisbury Plain in Wiltshire, Wales and parts of Scotland.  This part of MOD land is called the Defence Training Estate covering 400,000 acres which is now recognized as being very important for woodland and grassland conservation.  These areas originally made their contribution accidentally  -  any non-military development was banned and access limited so that the army could test its guns and practice manoeuvres - but now they have become a more conscious addition to wildlife protection. 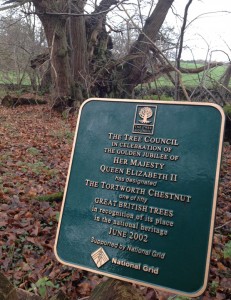 Religion too has contributed its share of accidental conservation: in the UK churchyards are often important areas for wildlife because they are not subject to the intensive use of fertilizers and insecticides.  English and Welsh churchyards are often home to yew trees and other ancient species, such as the Great Chestnut of St Leonard's in Tortworth, Gloucester, which is over 1200 years old.  But in some countries religious traditions keep development and forestry out of large areas.  These "Sacred Groves" are to be found all over the world.  For example, in Nigeria the Osun-Osogbo Sacred Grove is dedicated to the fertility goddess of Yoruba mythology and contains dense forests which are some of the last virgin high forests in Nigeria, even recognised by Unesco.   Similar sacred groves exist in Malaysia, India, Ghana and Greece where they now play an important, if somewhat accidental, role in conservation.  These groves have an importance far greater than their acreage as they can create corridors as well as dispersed areas of sanctuary and they fall into different categories - groves where deities and spirits are believed to live, graveyards, and protected woodlands around the graveyards. 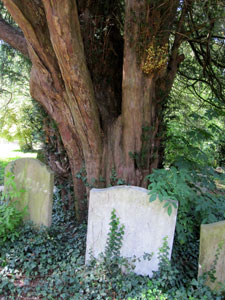 In Malaysia there are also many sacred groves, used as graveyards, where entry during the day is taboo and access is only allowed at night when funerals take place.   As with sacred groves in many countries these are kept intensely private as the religious guardians of these woodlands protect them from outsiders.  It can be argued that these protected woodlands are a result of indigenous communities living in harmony with nature.  They represent a storehouse of threatened plants and have long been recognized as an important contributor to conservation - for example as far back as 1962 the polymath and Indian genius, Damodar Dharmananda Kosambi, recognized the importance of these sacred groves in an article entitled, "Myth and Reality".  In some Indian provinces they are very widespread such as in Himachal-Pradesh where there are estimated to be 5,000 sacred groves.

It may well be that the dispersal of woodland ownership in the UK will contribute to some accidental conservation (as well as much deliberate work).  When a single forest has many owners each may pursue a different management policy which results in greater habitat diversity.  Also, the increasing fragmentation of ownership makes it less likely that a single oppressive management approach will be imposed, such as the blanket postwar conifer plantings that so badly damaged much British woodland.