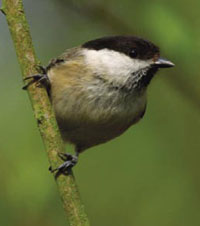 With under-management diminishing woodland bird populations, landowners are being encouraged to act.

The population decline of woodland birds has been well documented in the national press: headline grabbing stories of the cuckoo’s demise and the lesser spotted woodpecker’s struggle for habitat are given plenty of column inches.  We wanted to get to the bottom of why woodland birds are in decline, what this means for the woods, and how the problem is being addressed?

The RSPB, British Trust of Ornithology (BTO) and the Forestry Commission (FC) have identified the adverse effect which the under-management of woodlands can have on the prosperity of certain bird types. “We have been conducting research for a number of years,” says Nigel Symes, land management advisor for the RSPB, “and it shows very clearly that one of the drivers of the decline is a reduction in the amount of management in woodlands - less coppicing, less thinning, closed rides. The solution for the birds is to return these woods to management.” 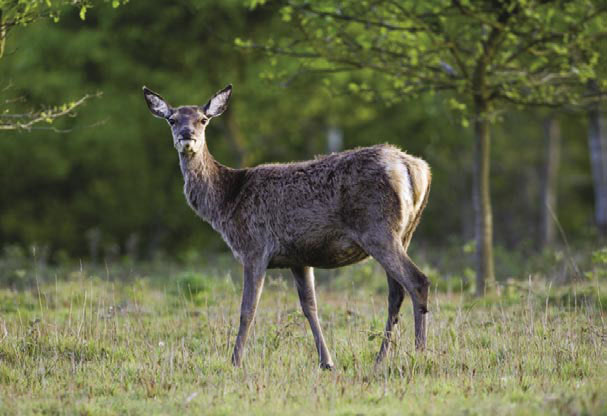 In August, to kick-start a surge in woodland management, the FC launched a new grant scheme to encourage landowners and woodland managers to improve their woods, for the benefit of birds. None of the woodland management techniques are particularly ground-breaking, but they take up time and money which are not always of ample supply. “One of the problems is that they [landowners] often have no reason to manage their woods and if they are not going to make any money out of it, it can be hard for them to do it. The grants are giving 80% of the cost of what they will be doing”, says David Bole, development officer with the Forestry Commission in the East Midlands.

At the moment, the funding is only available in certain ‘hotspot’ areas, decided by the Bird Conservation Targeting Project, and based on the distribution of vulnerable bird species. The East and West Midlands and South Yorkshire are the first areas to be eligible, but it is hoped the grants will be supplied further afield soon.

“We are going to establish a series of sites and monitor them for their woodland bird populations before management. Then we will revisit them periodically, as the management continues, to test them for an improvement,” says Symes. These will then be compared to control sites nearby to ensure it is in fact management which is having an impact.

Cynics might say nature should be left to take its course, since before man came along it was allowed to do so. However, the small woodland areas which survive today do not have the ability to develop the range of habitats which once prospered unaided. It would take decades for anywhere resembling such a varied habitat to flourish and in the meantime, many species would suffer and die out.

A recent article in the New Scientist seems to support the argument for a return to woodland management.

It discussed a study conducted by Bournemouth University, which shows a decrease in the biodiversity of woodlands during the past century. They studied a number of sample woods in the Dorset area, and found they contained roughly the same number of plant species as they had in the 1930s (approximately 50), but they had become less distinctive, and in fact more similar in that same time period. Woods which previously had a greater number of plant species now have fewer and those which had fewer now have more. A total of 117 plant species had disappeared and only 47 new ones had established themselves.

This homogenisation of woodlands goes some way to explaining why certain species of birds are thriving while others struggle. Reduced wood clearance, resulting in fewer open spaces for distinctive plant species to prosper, has been identified as one of the chief factors leading to a reduction in biodiversity. Looking more closely at figures released by the Department for Environment, Food and Rural Affairs (Defra) it can be seen the generalist woodland bird population is on the increase while specialist woodland birds suffer from a loss of specific habitat types and food sources.

One example of this is the willow tit which has declined by 77% since 1970, when the BTO Surveys began. This bird requires continuous scrub, plus decaying wood for nesting, and it is these type of conditions which are lacking in many woodland sites today. “The specialists are the ones who have particularly narrow requirements of the woodlands, and they are effectively birds within the woodlands, whereas the generalists are frequenting gardens, parks and hedgerows as well,” says Symes.

One can question whether feeding birds in your garden is actually helping the cause. Bole says that specialist bird species, who are facing a greater decline, are not actually helped by domestic feeding while generalist woodland birds, who are doing comparatively well, are buoyed by it. Spotted flycatchers, wood warblers and pied flycatchers, which are all specialist woodland species, have declined by over 50% since 1970 due to the composition and structure of woodlands changing. A further reason for this has been the surge in deer populations. Over-browsing and grazing by deer damages the under-storey of shrubbery, saplings and coppiced areas, all of which support specialist species of woodland birds.

If woodland owners or managers have a problem with deer then one of the conditions of receiving a grant would be to use some of the funding to deal with them. This could be done through fencing and protecting young trees or through the control of deer populations. “What we need now is for land managers to step forward and work with us to secure the future of these wonderful birds,” says the FC’s David Bole, in a clear call to action.

While many of the birds on the vulnerable species list (of which there are 10) are specialist woodland birds, there are a few things you can do to help birds in general in your garden. 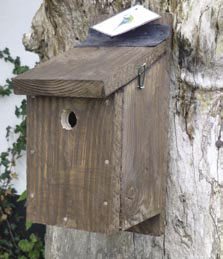 • People who have a larger, rural gardens can do their bit by planting appropriate shrubs. The RSPB website has advice on which types are best (rspb.org.uk).

• Encourage wildlife into your garden by allowing wild berries and ivy to grow.

• Put up nest boxes, ensuring the holes are not too big; this will keep out predators. Good, old-fashioned, wooden nest boxes are best, so don’t be tempted to buy a novelty one to brighten up your garden. A quick search on the RSPB website will provide you with all you need to know.

• If you know anyone who owns even a small patch of woodland, then advise them to talk to the Forestry Commission. Even if they do not live in a ‘hotspot’ they could be eligible for help, or may simply benefit from discussing their situation.

• Finally, keep an eye out. Take part in the Big Garden Birdwatch or volunteer for the British Trust of Ornithology (www.bto.org).

Coppiced a 1 acre section of well overstood mixed hornbeam/chestnut/hazel in East Sussex this year and have noted a marked increase of insect and bird activity already. Will be interesting to follow the changes next year now bramble and ground plants are thriving in the previously largely bare ground.