Bushcraft and survival skills at the Ultimate Activity Company, near Hereford 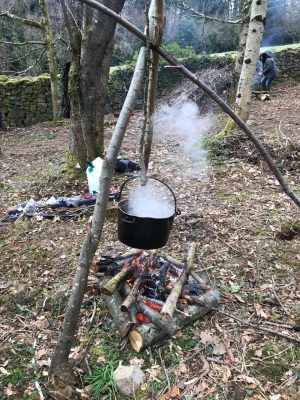 I’ve never opened a tampon before, so my newfound friend Tamsin showed me how. Then I started unpeeling it to find it’s really just compacted cotton wool. Tampons turn out to be ideal for lighting a fire if you don’t have matches because they are really compressed cotton wool and can be lit with a small spark. I did have a fire steel in my survival kit box and just like our friendships, we were soon creating sparks and warming up.  We were at the Ultimate Activity Company’s short course on what to do in the wild when things go awry.

Andy, our trainer, with his background as a marine, explained the imaginary position we were in: on a sailing trip eight of us had moored our boat in a sheltered sea loch on the west coast of Scotland and during the night the wind riled up causing the boat to hit a rock. It sank, leaving us just enough time to get off with little more than what we stood up in (along with my survival kit in a watertight tin).   Two of the crew had gone off to get help - leaving six of us to survive outdoors, perhaps for several days.

We divided into two teams of three. I was with two very practical and up-beat people, Chris and Tamsin.  Andy told us the four things we need are shelter, warmth, water and food. 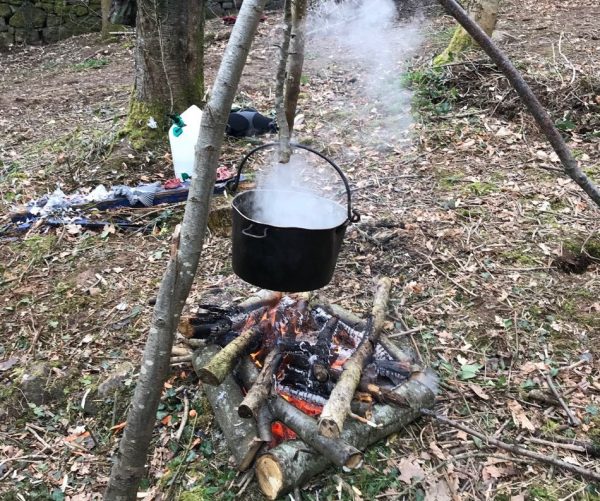 The fire which we lit early on provided the warmth. It might also be useful later for getting spotted.  If anyone happened to be searching for us, the smoke could be visible to a helicopter of ship searching for us. Our fire will also be used for cooking, if we can find anything to eat.  Andy pointed out that since we are on the coast we should be able to fish. Inland, we will look for eggs and maybe trap small mammals like rabbits or pheasants.  We found a few hazel nuts and foraged some berries. But we can’t properly identify these, so  decided not to eat them.

For our shelter, we gathered branches lying around. We needed to decide which way our shelter should face and where it should be in relation to our fire.  With discarded materials which we found, we were able to use corrugated iron for the roof and an old tarpaulin for the entrance.  The other team built their shelter using only natural materials but it took much longer to make watertight.

Tamsin and I are off to the burn. We found a condom in my survival pack and have taken it with us. It took a while to find the right spot, but I knelt down and took out the condom. As I unwrapped it, I was nervous as in these sorts of situations, one doesn’t want the thing to burst. I hoped Tasmin wouldn’t get too wet as we worked together and filled the condom with fresh water collected from a nearby stream/river. 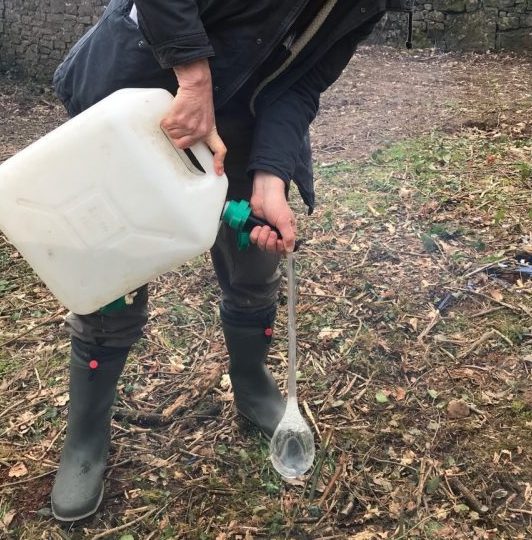 So now we had our shelter, warmth, water but we still needed to eat. We caught a wood pigeon. It was my job to de-feather it and take out the inedible bits. We cooked it in a pot of water along with vegetables (which had actually been foraged from a local Tesco). 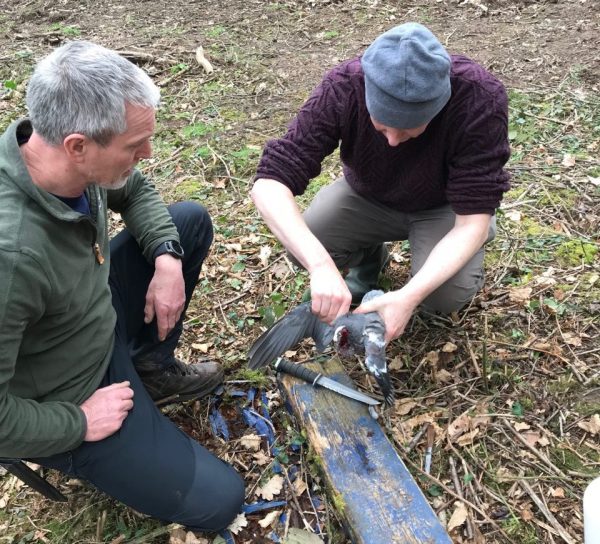 I and my neighbours would like to go on a similar survival ‘course’ as the one above, learning how to make fire with sticks etc.
Are you still running them? I hope so, needed now more than ever!!
I’m looking in W Worcester/Herefordshire area!
Please email me, soon, thanks,
Iona (Malvern)
;)

Well done; you could also eat sea weed and shell fish – easier to catch especially the ones stuck to rocks.

Nettles can usually be found in most places.