Gabriel Hemery, Chief Executive of Sylva Foundation and lead author of the British Woodlands Survey 2017, provides some insights into the perceived murky world of payment for ecosystem services.

Some readers may be aware of the recent publication of a report for the British Woodlands Survey 2017 (BWS2017). Over the last two years I’ve led a collaborative group of researchers from Sylva Foundation, Forest Research, Woodland Trust, and Oxford University in seeking to gain deeper understanding of awareness, actions and aspirations among woodland owners and agents, forestry professionals, businesses, and others with a stake in the future of forestry in the UK. 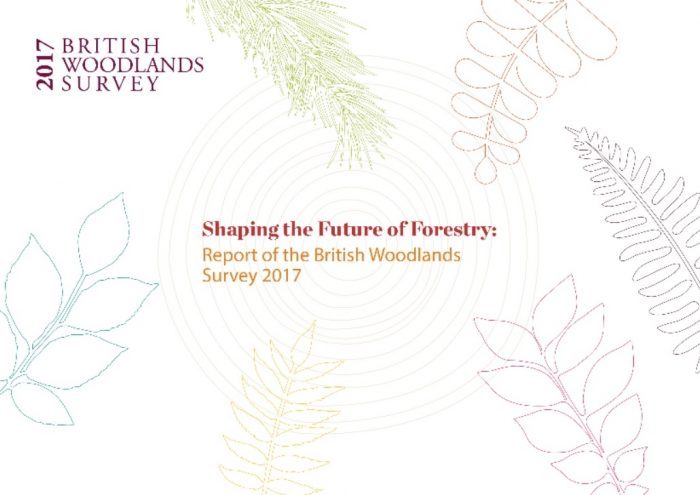 One of the novel approaches we undertook in this survey was to ask people what we should be asking them, before we started with the main survey! This resulted in a suite of 17 themes, which were ranked by priority, at UK level, and for England, Scotland, and Wales. The researchers were surprised by the top-ranking theme that emerged: ‘Societal Attitudes’. It reveals perhaps an emerging sense among landowners that they are evermore scrutinised by the public. This perception may also have been influenced by ideas emerging from Defra concerning future support for landowners, post-Brexit and post-CAP, which is increasingly talking about ‘public money for public good’.

Among the top ten themes, ranked 6th, was ‘Natural Capital’, including issues related to payment for ecosystem services. During a series for four country-based workshops we attempted to tease this theme apart before we launched the main survey. It soon became apparent that stakeholders thought this was an important issue but were not always entirely sure what the terms mean, often perceiving them as ‘government speak’ rather than meaningful opportunities to earn income and deliver public good. When it came to designing the survey, in an attempt to qualify awareness and understanding among prospective respondents to the survey, we decided to provide definitions of the two terms and their relationship (see Figure below). 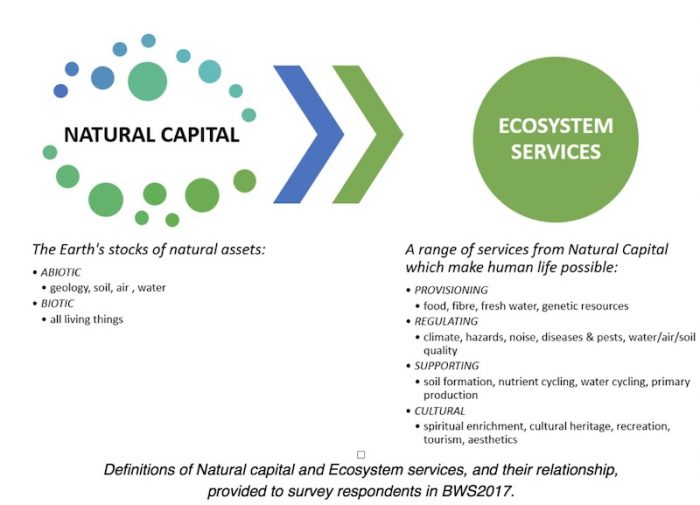 Results of questions about natural capital in BWS2017

One relevant scheme, which may be of immediate interest to woodland owners, is the Woodland Star Rating. It’s a self-assessment scheme based on the UK Forestry Standard (UKFS) aiming to make more people aware of the UKFS, encourage sustainable forest management in all woodlands. Sylva also hopes it may help promote greater understanding of good woodland stewardship among the general public. Completing the scheme could act as a stepping stone towards producing a UKFS-compliant management plan, and for those owners with an existing plan, it may help them communicate the standard of their stewardship to the public and others. Find out more at: www.sylva.org.uk/myforest/wsr

The British Woodlands Survey report for 2017 is available at: www.sylva.org.uk/bws