You are here: Home > Blog > Energy, sustainability & economics > How old are woodland buyers?

How old are woodland buyers? ~ by Angus 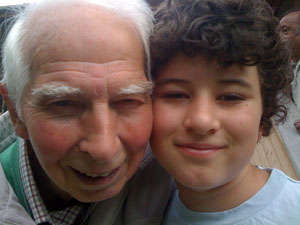 Of course woodland buyers can be any age (as long as they are above 18 in order to be able to enter into a contract for a land purchase).  However, we decided to do a study of actual woodland buyers to see how old they actually were when they bought the woodland and most people were happy to tell us.  The study was of the individuals responding to the telephone questionnaire rather than the average age of the couple, where it was bought jointly - but we assume this will not have distorted out results significantly.

Some buyers are in their 20s and they often buy woodlands so that their young children can play in them and indeed one of our buyers gave birth in a woodland (see blog woodlands.co.uk/blog/woodland-activities/natural-birth/ ).  Most often those acquiring woodland are a bit older, sometimes with older children, and they buy when financial pressures have eased somewhat.  One motivation often given by parents is that they are buying to give their children time "away from the screen" and to help them to de-stress. 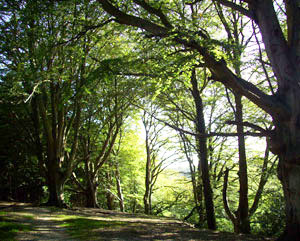 Many people buy when they become grandparents because a wood can create neutral and natural space for family meet-ups and adventures, and many of these grandparent buyers tell us that they plan to leave the woodland to their grandchildren.  A common theme is the idea expressed by the purchaser who said: "I used to play in the woods as a child but modern children are not allowed out, so I want to give them a chance to learn about woodlands".

From our survey it turned out that the average age of buyers over the last 10 years has indeed increased - from 45 to 52.  Our sample size was 128 buyers so it was large enough to indicate a clear trend but for high statistical significance it should ideally have been larger.

We wondered what caused this increase in the age of buyers.  Maybe its because average life expectancy is going up and people have longer retirements for such projects or perhaps people are buying woodlands for grown-up children or grandchildren. 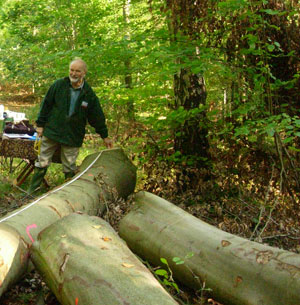 We have a had a few buyers recently where parents bought a woodland for a child who was at college studying forestry or an environmental science subject.  It's hard, however, to see how this would affect the average age of buyers as some buy these woods in their own name, whereas others put the woodland in their son or daughter's name.

Another trend which seems to push up the average age of woodland buying is a number of buyers who purchase at retirement as a project and such retirees are choosing to use part of their retirement to promote conservation in a practical way as well as keeping fit.   It used to be said that forestry "is a young man's game that can only be afforded by old men" - but conservation forestry is increasingly appealing to women and it is often cross-generational in that at least two generations get themselves involved.

I would have to agree with Simon Silverwood that finance has a major bearing. Many people simply have more pressing things to spend their money on up to their 40s and now with a widespread lack of confidence in financial products land is becoming a more interesting investment.
My wife and I, either side of 50, have recently bought a small wood (4.5 acres) and, like Simon Silverwood, have thought how wonderful it would have been to do it 20 years ago.

In the current turbulent economic climate, many people are looking for a “safe haven” investment. Small recreational woodland has performed very well over the past five or six years, and canny investors have taken advantage of woodland, with its impressive performance and advantageous tax breaks. In particular, the inheritance tax position is very favourable. This situation will, naturally, attract the more mature investor. Similarly, in tough times, not many working families will have the wherewithal to pay-out substantial sums on non-essential purchases. Those who are nearing retirement however, with a nest-egg already secured and the prospect of more time on their hands, are in a much better position to consider buying woodland.
I bought my woods three years ago, when I was a mere 55years old. Sadly, I could neither have afforded nor justified it earlier in life, with all the demands of a young family, mortgage, etc to contend with. I get enormous joy from the woods now, and would have loved to have been able to spend time there with my kids when we were all younger. It was economics which delayed things, more than any other factor.