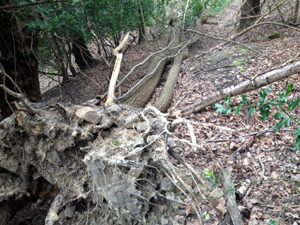 It is now some 30 years since the “great storm’ which was (probably) the most ferocious weather event to arrive in the U.K in the last three hundred years.  Winds that reached 115 mph wreaked devastation across the southern parts of the country.  At the back of the weather front that brought this wind was a hook-shaped airstream - the “sting jet” which created particularly severe gusts of wind.

Eighteen people died; and the repair bill was probably in the region of two billion pounds.  Amid the chaos of destroyed homes, blocked roads and railway lines, loss of power and telecommunications, it was estimated that some fifteen million trees were uprooted - in woodlands, forests, arboreta, parks and city streets.

That October was wet so the roots of trees were sitting in sodden soil, and the leaves were still on the branches.  In consequence, when the gales / storm arrived the trees offered considerable resistance to the flow of  air so that they were literally torn from the ground.  It resulted in the loss of ancient (and modern) woodlands - and the damage to property and communications. 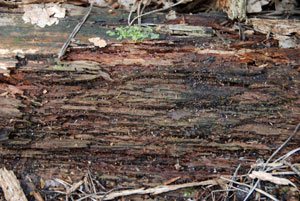 Even today the damage from the storm can still be seen - large oaks, beech and chestnut trees are slowly decomposing on the floor of woodlands and forests. The process of decomposition may well take many decades. Toys Hill in Kent lost 98% of its trees, Petworth’s 700 acre gardens (in Sussex, landscaped by Capability Brown) was subject to similar devastation, as was Wakehurst Place (Kew’s 'outpost' and home of the Millennium Seed Bank).

Organisations like the National Trust and the Woodland Trust have worked hard to replant and replenish many sites, but many areas have been left to regenerate naturally.  Wakehurst decided to leave approximately one third of its devastated site to regrow in this way.  Other areas have been replanted with 2000+ specimen trees from around the world, whilst 11,000 trees act as ‘buffer zones’ should another storm of similar magnitude occur.  Wakehurst was not alone in this policy of allowing nature to take its course.

The storm created glades and open areas - which allowed dormant seeds (held in the soil’s seed bank) to germinate.   Light and warmth flooded into areas that had been dark and chill for many years.   Wild Clematis (old man’s beard) and honeysuckle appeared as did many species of the herb or ground layer.   The appearance of these plants and their flowers and fruits allowed various insects and other arthropods (butterflies, moths, spiders etc) to flourish.  The open nature of the woodland allowed birds of prey to hunt for small mammals such that owl, buzzard and sparrow hawk populations increased.   The decomposing wood of the fallen giants allowed saproxylic beetles to flourish, plus woodlice and springtails - as did many different species of fungi. 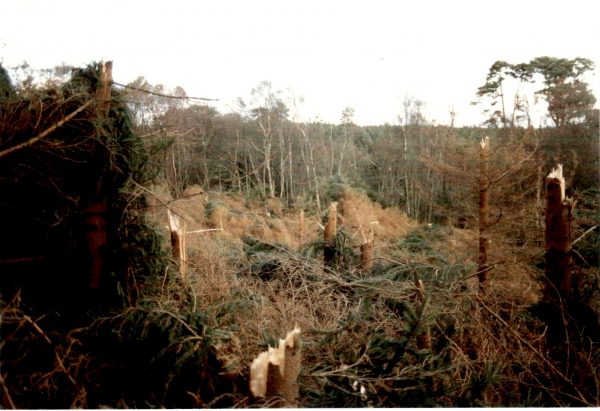 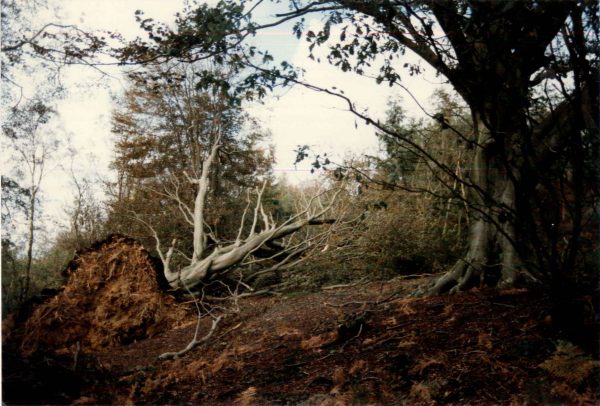