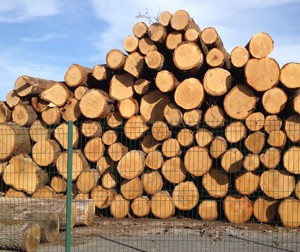 Sadly, often our management of these resources does not make for happy reading.   Over-exploitation of natural resources is not, however, a new phenomenon.   History furnishes us with many examples of deforestation / clearance of woodlands - from China, Japan, the Indus valley, etc. long before various European / colonial influences came to bear.  With the rise of the Athenian State, the ancient Greeks cut and cleared forests for fuel, building materials and shipbuilding; the Romans 'harvested' trees and timber as they spread across the mediterranean basin and beyond.  Soil erosion was to be seen in places like Ephesus (where oak forests were felled) and the harbour suffered (silting problems).   The fate of Ephesus provides a useful example of the importance / role of woodlands / forests in terms of soil protection, flood control and water supply.

Whilst woodland and forests have long been accorded the role of "the lungs of the planet", it is only relatively recently that their importance as "giant sponges" - in terms of absorbing and releasing water from rainfall etc has been appreciated.   The flooding in SW England in 2014, and recently in the North West (in 2015) has caused people to debate the management of the upper reaches of river systems.  Woodlands and forests ‘use’ a lot of water.  Their canopies intercept rain, so that the amount of water reaching the ground / soil is slowed / modified.   Coniferous woodland is particularly effective at this interception and can do it throughout the year.  Deciduous woodland  and forest on the other hand is only effective when the trees are in leaf. 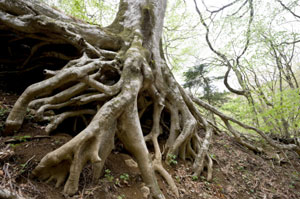 The soil beneath trees is generally rich in organic material / humus.  This helps maintain an open structure, allowing permeability and water penetration - which in turn slows the flow of water to streams and rivers; reducing the risk of flooding.   However, very heavy rain (such as been experienced recently in Cumbria and other regions of the U.K.) will cause the soil to be come saturated,  i.e waterlogged.  Consequently, there is no capacity to store more water.   The ability of woodlands and forests to mitigate flooding is real but limited.   The roots of trees also promote penetration of the soil by rainwater, and thence into groundwater. 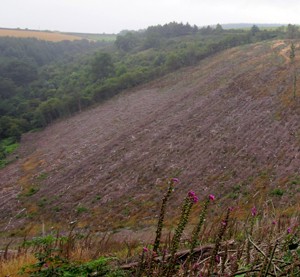 Groundwater is an importance resource - especially in a world where demand for groundwater is increasing (and climate change is probably affecting supply).   It has been suggested that the water storage function of China’s forests in three times their timber value.   There is an interesting graphic at the World Economic Forum - see here, and the statement “We’re using our groundwater supplies too fast - faster than they are being renewed”.

The loss of forest and woodland is associated with the degradation of land and soil erosion.  However, this may be more a function of subsequent use / misuse (e.g. over-grazing).   Mediterranean forest clearance was often followed by extensive and intensive stocking with pigs, goats and sheep which greatly reduced plant cover, hence rains washed away soil in to river courses. 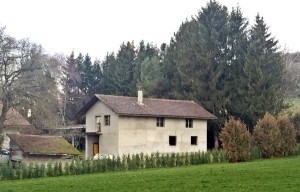 In mountainous regions, woodlands and forests can offer yet another service - namely the protection of people and communities from natural hazards, for example, rock falls, landslides and avalanched.  In parts of Switzerland, it is said that some 40% of the forests have a protective function for the villages - otherwise they might be uninhabitable.   Such protective forests and woodlands can be replaced with artificial barriers and terraces, but in the long term these are much more costly than maintaining strands of natural vegetation.