Dandelions – and their sap 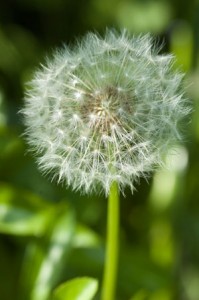 In recent years, the BSBI has conducted a plant hunt to see which plants are in bloom at the start of the New Year -  across the U.K.   Some 612 different species were recorded in flower this year (compared to 368 species last year), but the most commonly recorded species in flower were daisies and dandelions.  Dandelions are deep rooted, perennial plants; they are native to most temperate areas of the Northern Hemisphere, though they have spread to many other places.  The dandelion genus, Taraxacum,  contains a number of species but Taraxacum officinale is probably the most common.

Dandelions are to be found in lawns, on roadsides, on disturbed banks, river banks and other areas with moist soils - they are often regarded as pernicious weeds.  Young plants can grow with considerable force, and make their way through surface like asphalt.  Dandelions often reproduce by apomixis - a sort of sub-sexual system that has resulted in some 200+ microspecies in the U.K.   Many of these have been recognised and classified by Professor John Richards.  The species name T. officinale has agg. added to it - in recognition of all the variants that can be found.  In this respect, it is not wildly different from Bramble - Rubus fruticosus agg . which also appears in many forms or micro-species.  Brambles also make use of apomixis.

Dandelion leaves are between 5 and 25 cm long, simple, and lobed; they form a rosette at ground level just above the central taproot. The lobes or teeth of the leaf are sometimes likened to lions' teeth -  French dent-de-lion, which becomes dandelion.  The flower heads are yellow to orange.  They open in the daytime, but close up in darkness. The head (or capitulum) consists, in fact, of many small flowers or florets.  It is borne on a hollow stem (known as the scape) which is leafless (usually), and rises above the rosette of leaves.  The stems and leaves exude a white, milky sap or latex when cut or broken.

The flower heads mature into seed heads called clocks or blowballs made up from many one seeded fruits, called achenes. Each achene / seed is attached to a hair-like parachute (the pappus), which enables wind dispersal over long distances.   Dandelion seeds are an important food source for certain birds.

Dandelion flowers are also important plants for our bees, providing an important source of nectar and pollen early in the season. Dandelions are also used as food plants by the caterpillars / larvae of some species of butterflies and moths; for example, they are also used as a nectar source by the pearl-bordered fritillary (Boloria euphrosyne), one of the earliest emerging butterflies in the spring.   The roots of the plants are also a possible food source for many soil dwelling insects - especially the grubs / larvae of cockchafers (Melolontha melolontha).

However, the dandelions protect themselves by the production of various secondary metabolites in their latex.   In many cases, these chemicals are bitter substances.  Recently, scientists at the University of Bern have taken a close look at dandelion latex.   They found that the highest concentration of latex was to be found in the roots - perhaps not surprising as the roots are the food storage organs - which fuel growth in the Spring.   One particular chemical in the sap / latex - TA-G (aka Taraxinic acid β-D-glucopyranosyl ester) was important in protecting the plant.   When this chemical was added to a cockchafer larval diet, the grubs ate much less.   The researchers were also able to show that different lines of dandelions produced amounts of this chemical, and this could be related to the 'fitness' of the plants - ie. their ability to grow and reproduce.  The latex plays an important role in protecting dandelions from soil insects feeding on the roots. 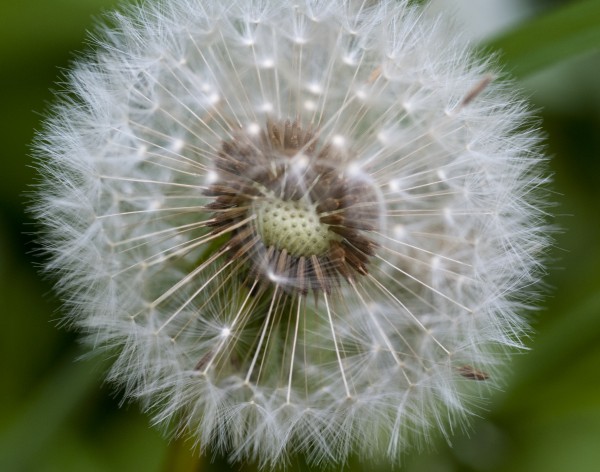 An interesting article. Thank you for posting it.