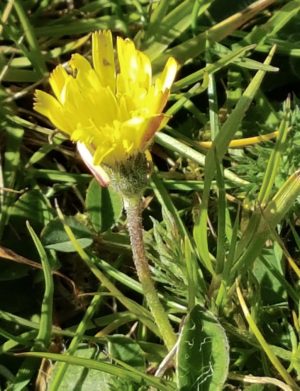 Hawkweeds are wild flowers of dry, grassy places, but also to be found on walls, rocky places, and pavements. Some are regarded as invasive species in some parts of the world. The botanical genus Hieracium is known by the common name : the hawkweeds.  It is thought that the common name derives from the writings of Pliny the elder, who believed that hawks sprinkled sap from the plants into their yellow eyes to dispel dimness.

The genus is a member of the sunflower / daisy family: the Asteraceae. They are closely related to dandelions (Taraxacum) and sow thistles (Sonchus). There are thousands of different Hawkweeds;  but botanists classify British hawkweeds into about 340 “species”, many of which are quite rare. Identifying them is difficult and best attempted when there is fresh growth and new leaves.  The classification of the hawkweeds is difficult, partly because the plants use apomictic reproduction. This means that seeds that are formed without the usual processes of pollination and fertilisation.

Though the pollen of hawkweed may serve no direct function in the reproductive process of the hawkweed, when the pollen is transferred to other plants by bees or other pollinators, it kills their embryos.  The hawkweed pollen stops their competitors from producing seeds.  By killing  the offspring of other plant species, it reduces the competition for space and resources for the seeds of the hawkweed.  When one species inhibits the growth or development of another by chemical means, this is known as allelopathy. 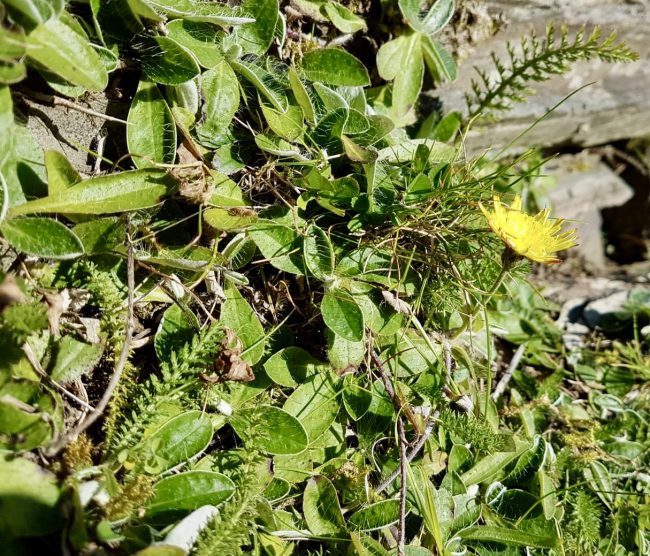 Hawkweeds are perennials. Below ground, they may have a short and stout rhizome. The roughly elliptical leaves can be up to 5 inches long and have teeth towards the base, they tend to form a rosette near the ground. Hawkweeds are often noted for their hairiness (see image of the stem of the orange hawkweed). 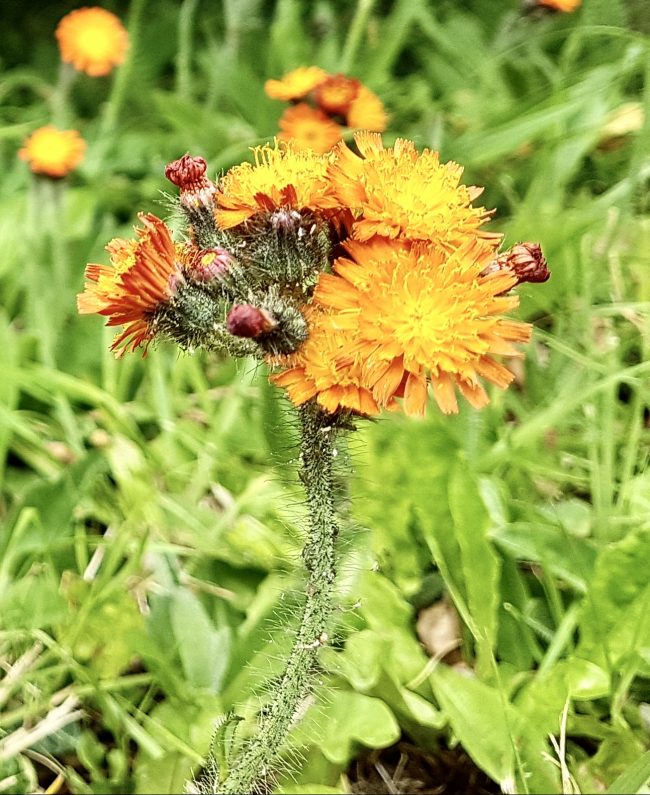 Most produce pale yellow flowers during the summer months. The closely packed flower-heads are made up of many small flowers (florets). The number of florets varies between 40 and 80.  The flower heads start off together but gradually separate from each other on the leafless stems.  The fruits are dark brown,  one seeded fruits - called  achenes.  When cut, hawkweeds may exude a white latex. 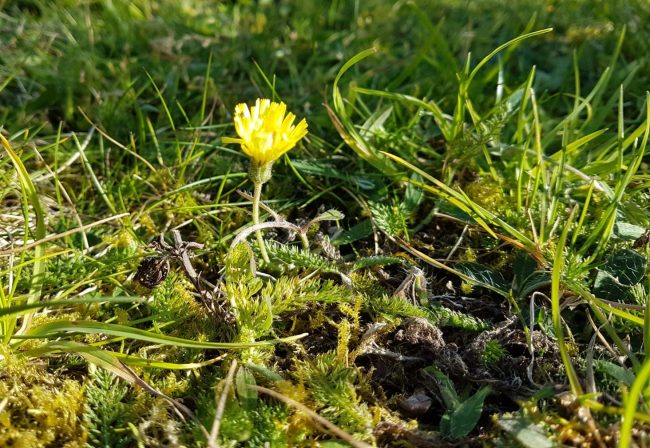 Some hawkweeds can be quite dominant plants, growing to a height of three feet (e.g. Hieracium vulgatum), but they are frequently much smaller.  The orange hawkweed is unusual because of its bright orange colour and is quite a pretty flower but is considered invasive in areas like British Colombia.  In Victoria and New South Wales, Australia, hawkweed species are declared to be "State Prohibited Weeds" and are controlled under The Bio-Security Act 2015. 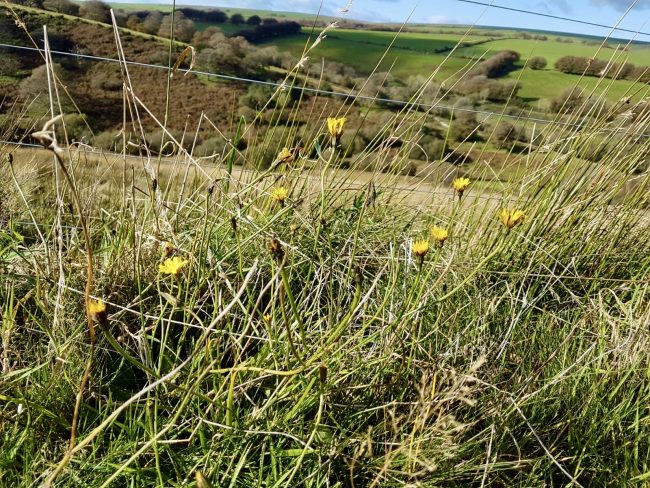 Photos - thanks to my friend : Art Symons.