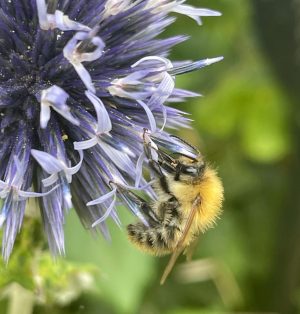 Silwood Park is part of Imperial College, a postgraduate campus, located some 25 miles west of central London, near Ascot. It is a centre for research and teaching in ecology and allied disciplines. The campus includes areas of wet woodlands, acid grasslands, traditional orchards and parkland. The veteran and ancient trees support an significant number of rare species of insects, lichens and fungi that depend on decaying wood. Silwood is the heart of the wildlife corridors for the surrounding area.

Much of the work undertaken at the centre focuses on the role of insects in various ecosystems.  Dr Richard Gill , Samraat Pawar and Daniel Kenna have recently investigated how the environmental temperature affects flight performance of bumblebees.  Like many environmental factors, air temperature influences the physiology of an insect.

The study was laboratory-based in that bumblebees (Bombus terrestris) were temporarily attached to a ‘flight mill’.  This device allowed the insect to fly in a circle as on a carousel.  This meant that it was possible to measure the speed and the distance the animal ‘travelled’ under controlled conditions.  A number of bumblebees of different sizes were tested in temperatures ranging from 12oC to 30oC. 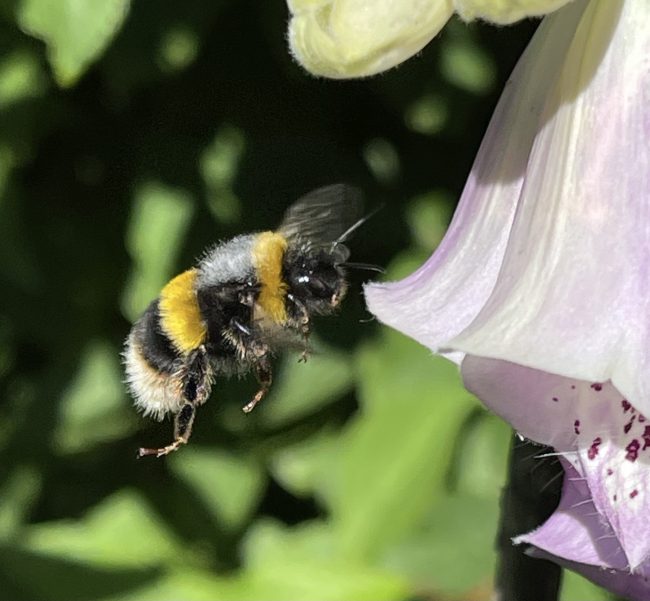 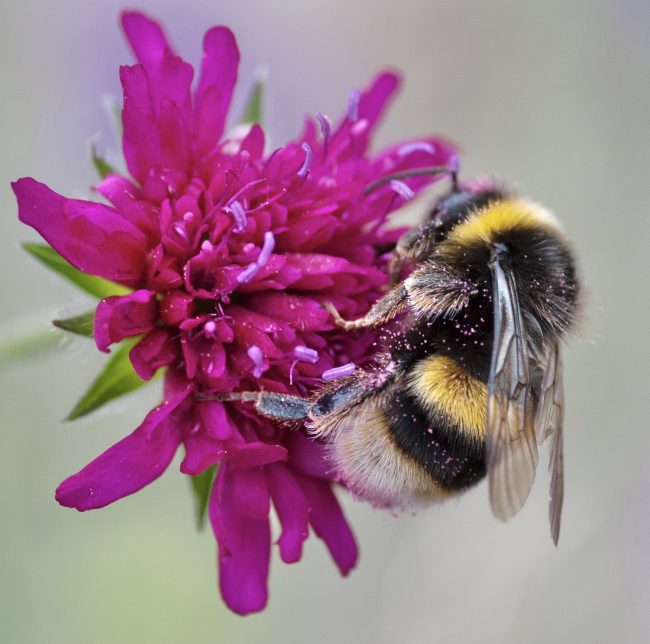 These results can be considered in the light of climate change, particularly extremes of temperature (e.g. the beast from the east and the heat waves recently in southern Europe and the Mediterranean).  It is likely that the high temperatures experienced during heat waves will adversely affect the foraging ability of bumblebees, but a small increase in ambient environmental temperature might be a positive for the bees.  The foraging  activity of bumblebees, bees and other insects is important in terms of the pollination of crops, fruit set in orchards etc.

The results may have relevance as to how other flying insects (e.g. hoverflies) respond to a warming climate, particularly those that act as vectors of disease, either disease of humans or crops. 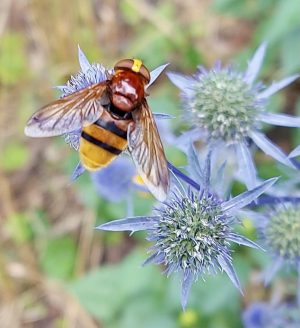 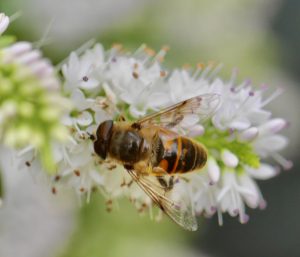