Last year, a post in the woodlands blog commented on the decline in the hedgehog population. Sadly, these last few months have done little to help Hedgehogs. Tiggywinkles has taken in hundreds of disoriented and weakened hedgehogs since last September. The winter has not been cold enough for them to hibernate (which they normally do between late December and early April); but neither has it been warm enough to provide them with sufficient food (their usual diet is a mixture of snails and insects).

The winter months gave a mean temperature of 5.47oC, which makes it’s the second warmest winter on record. The warmest on record was in 1988-9, when the temperature averaged 5.82oC. The warmer winter months have affected other animals. Frog spawn was seen in December, and bumblebees & peacock butterflies have already been seen on the wing – these are not normally seen until April. Many bulbs, flowers and trees are also well advanced. For more information, visit Nature’s Calendar. 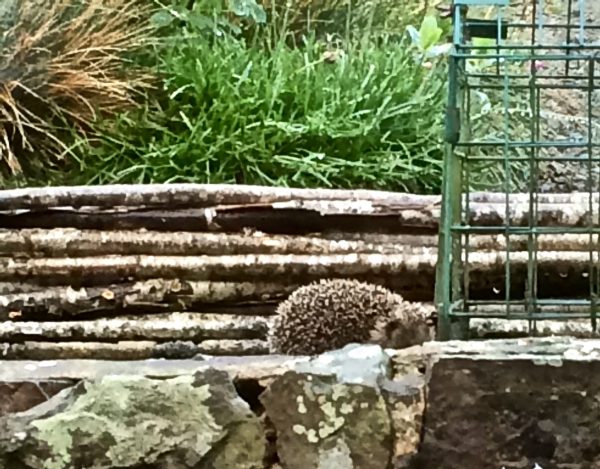 Since moving house, I havent seen any hedgehogs despite have 3 acres of land half of it woodland. I would jump at the opportunity to buy a few Tiggywinkles if possible, but where from can you help please?

15.9.2008.  When i lived in Aberaeron, Ceredigion, there were hundreds around the area. we saw three regularly in our garden and quite a few more in the council office grounds and the sheltered housing grounds.they are very prevelent in the whole county. now i am in Porthcawl, south wales, and i have seen 1 go past my front gate and have heard others “bickering”near by. how can there not be a population in Wales????!!!YOU CAN BUY YOUNGSTERS FROM BREEDERS TO START YOUR FOREST POPULATION. Seems i will have to do the same to put one in my garden! i think everyone reading this list of letters should all buy at least one.   Marcia

Tiggywinkles have a number of interesting fact sheets – about hedgehog homes, hazards for hedgehogs etc – one particularly mentions the presence of badgers as a factor.

Thanks! I will try all of that.
We are hoping to create a pond around our little spring, although I fear that the visiting boar will love it too much to let hedgehogs visit!
I never thought about their name before……….. lovely!
Tracy

Leaf and wood piles and generally not tidying up too much is exactly the right sort of thing. Hedgerows are also good for providing a sheltered, stable environment for them to nest in (I presume that’s where the name hedgehog comes from!). An undisturbed location is very important for them in Autumn when preparing for hibernation.

Having a range of different habitats – ground flora, dead wood, maybe a pond and of course a tree layer is a good way to increase biodiversity, and an increase in biodiversity will hopefully help all animals including hedgehogs.

If you do consider making a pond, make sure you put something in it to help hedgehogs (though they’re good swimmers) and other animals to climb out (hedgehogs are also good climbers).

I asked a local wildlife rescue about ‘rehoming’ hedgehogs in our wood and was told that if we didn’t have a hedgehog population, then we must find out the reason why…….they wouldn’t let us help them.

So I guess we need to try and encourage hedgehogs ourselves – we have made leave piles and leave logs in natural piles, anything else we could do?

Do you know what we can do to encourage hedgehogs? What kind of area/ plants would they like to live in ?
Tracy