In praise of sunflowers. 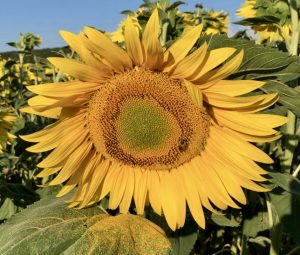 The vibrancy and gaudiness of sunflowers is one of the delights of summer.  The common name "sunflower" generally refers to Helianthus annuus, whose round flower heads look like the sun.  Sunflowers are cultivated as food crops for humans, cattle, and poultry, and also for the garden. They typically grow during the summer and into early autumn, with the peak growth season being mid-summer. A field of sunflowers is a welcome relief from the acres of oilseed rape.

The flower of a sunflower is not a flower but hundreds of small flowers (florets) massed together the better to attract pollinators.  The structure so formed is known as a capitulum.  The inner florets are arranged in spirals that conform to fibonacci sequences. 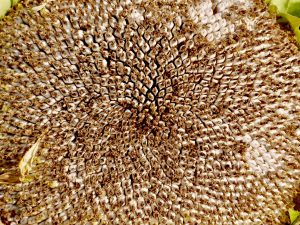 The pattern of these florets has been described mathematically by Helmut Vogel and it allows for the most efficient ‘packing’ of the florets in the ‘flower’ head.

Before the flowers open,  the plants tilt during to face the sun, gaining more light for photosynthesis. This movement is known as heliotropism  and continues for a while when the flower head opens. This may help to attract pollinators.

Frequent visitors to sunflowers are bumblebees.  Sadly, like honey bees, bumblebees face a number of problems which include parasites.  However, recent research in the United States suggests sunflowers can help certain species of bumblebee. 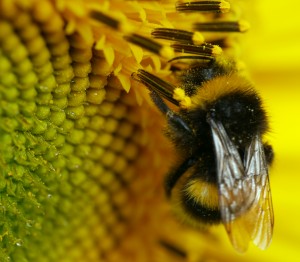 If sunflower pollen is included in the diet of the common eastern bumblebee then it helps reduce infection by a parasitic protozoan Crithidia bombi.  This is a parasite that lives in the gut of bumblebees. When they pass out of the gut in cysts, they can be ‘picked up’ by the next passing bumblebee (or another insect, as the parasite is not too fussy). Once established in a bee, the parasite can affect the ovaries.  If a  queen is infected then the reproductive success of the colony is affected. Giacomini et al. have found that good nutrition is vital for bumblebee health and that sunflower pollen can be a huge benefit when it is included in the diet. They noted that the majority of the bees that consumed sunflower pollen had no detectable infection a week later. The pollen* significantly reduced infection by the parasite.

So sunflowers are a visual feast for us, and an edible one for bumblebees and bees.  They also provide us with seeds.  The seeds are rich in monounsaturated and polyunsaturated fats, notably linoleic acid. The seeds also contain phytosterols which may contribute toward lowering the level of blood cholesterol.  The seeds may be pressed releasing sunflower oil, and the remaining ‘cake’ can be used as a protein rich animal feed.  The Ukraine and Russia are the top producers of sunflower seed. 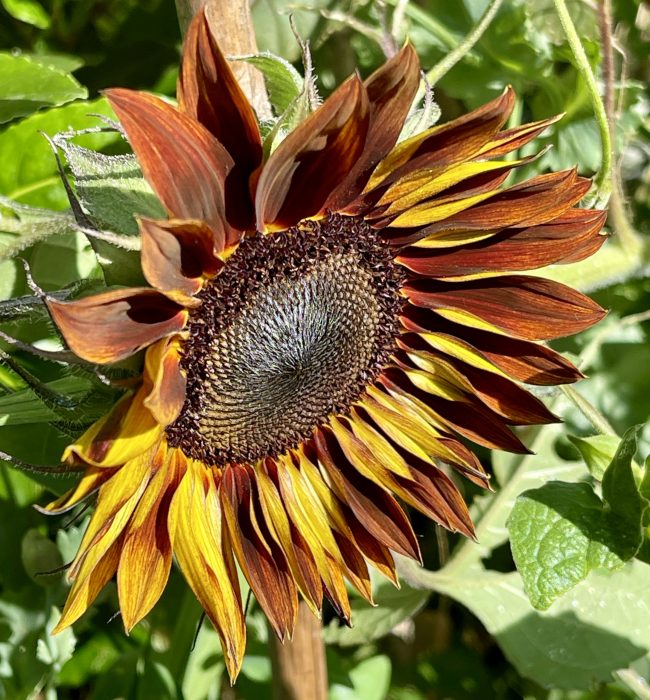 A somewhat different use of sunflowers is phytoremediation; using plants to remove toxic organic or inorganic compounds from soil.  After the disaster at the Chernobyl nuclear reactors in 1986, an exclusion zone with a radius of 30 km centred on the nuclear power plant was created. This was later expanded to include other heavily irradiated areas.  Even now, no one lives in the exclusion zone, but scientists and others may ask for permits to allow them to enter for short periods.  Fields of sunflowers were planted to ‘harvest‘ the radioactive metals (notably caesium-137 and strontium-90) from the soil. The sunflowers accumulated these elements in their tissues.  When the sunflowers had completed their growth, they were harvested and burnt, leaving only the radioactive ash behind. This material could then be vitrified (incorporated into glass) and stored underground in a shielded container. 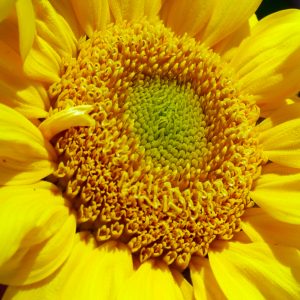 In Brazil, a study looked at the ability of different sunflower cultivars to remove nickel, copper and lead from contaminated soil.  Though phytoremediation with sunflowers proved to be an efficient and low-cost method for the treatment of contaminated soils, the cultivars varied in their ability to take up particular metals.

“Cleaning up’ with sunflowers was tried after a tsunami hit the Fukushima Daiichi nuclear power station in Japan.  However, it was not very successful.   As different cultivars vary in their capacity to hyperaccumulate, so it is important to match the cultivar to the situation. Planting sunflowers in this case did little to improve the situation. This could be in part due to the sunflowers but also be associated with the soil type and the time that the caesium has had to bind to the soil particles. Understanding the mechanisms and detail of hyper accumulation is critical if sunflowers are to be used for phytoremediation in the future. 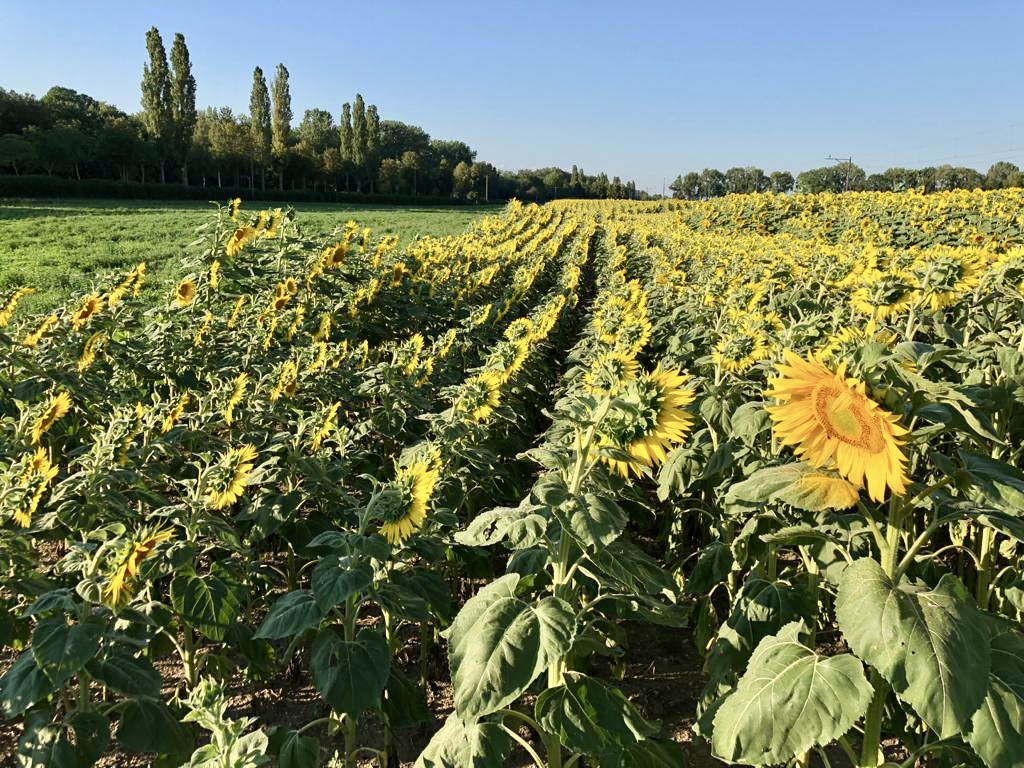