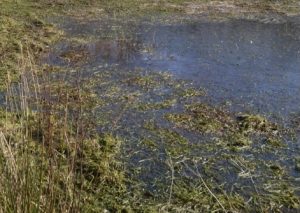 The 1950’s and 60’s saw the destruction of many hedgerows, particularly in farming areas like East Anglia.  The logic behind this was to increase field size and allow ease of access of machinery, like large combine harvesters that were coming available at that time.  The loss of the hedgerows and their associated wildlife is quite well documented, but the loss of ponds that occurred in and around this time has not attracted much attention.

Many hundred of ponds were filled in (often using the debris and material from the destruction of the hedgerows), giving a few more metres of arable land.  The position of these ponds can sometimes be found on old ordnance survey maps.  Ponds across Norfolk have suffered from neglect or have been filled in,  over the last 50 -70 years.  Many are located on farmland and their origins may extend back centuries when they were created as marl or clay pits, sometimes for the watering of livestock; they are sometimes referred to as the lost or 'ghost' ponds..  Some were formed in depressions (pingos) left after the last age.

One Norfolk farmer who did not follow this trend was Richard Waddingham.  He combined farming  (at Manor Farm at Bridston in North Norfolk) with the careful nurturing of wildlife across his 600 acres of land.  The farm was home to many species of breeding birds and one of the country’s rarest fish species, the Crucian carp. Through years of his careful management he created some 40 ponds - teaming with wildlife.   Sadly, Mr Waddingham died recently but fortunately his work and his techniques of pond restoration have been adopted by the The Norfolk Ponds project, in conjunction with Norfolk Wildlife Trust and a team from University College, London.

The NPP aims to reverse the decline / loss of ponds so that farmlands across the country have a diverse collection of clean water ponds.   To this end the project will

Sites of 'ghost' ponds are sometimes marked by waterlogged patches in a field, and those that have not been completely filled in are often heavily shaded by surrounding trees. As a result leaves have accumulated in the pond, rotted away, silting up the pond and leaving the water largely anaerobic..  Such a ‘pond’ can support very little in the way of plant and animal life.  However, if the trees and shrubs are removed so that light again reaches the pond and the mud and silt is removed then the pond begins to regenerate with oxygenating pondweed, newts, voles, stoneworts etc reappearing. 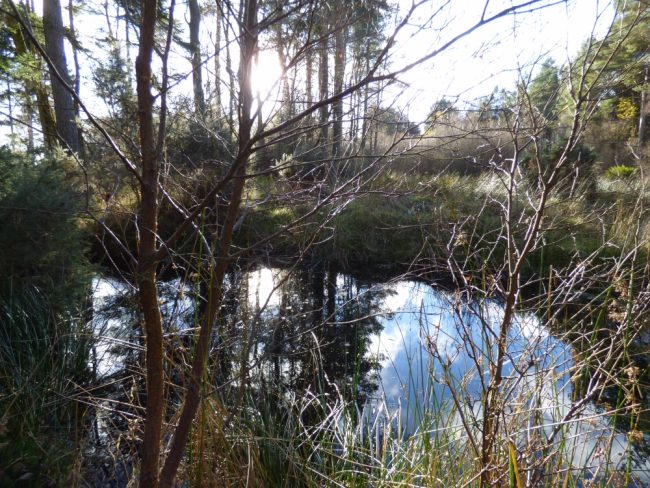 There is an excellent video of the work of Mr. Waddingham and the UCL team on YouTube here.   Indeed, recently Lythrum hyssopifolia or grass-poly was found by Professor Carl Sayer growing on the banks of an old farmland pond in Norfolk.  It is thought that the plant developed from seeds that had been in the submerged mud of the pond - which has been ‘restored’ by removal of willows and other vegetation.  The plant had not been recorded in Norfolk for many decades.

Just as the loss / removal of hedgerows has contributed to the loss of both plant and animal species so the destruction so the loss of farm ponds has added insult to injury - accentuating the loss of biodiversity in the agricultural landscape.

Thanks for the article referencing my uncle’s work – you can find further information about how we’re keeping it going on our farm website greenthefarm.org including the survey I commissioned for my own wood bought via woodlands.co.uk!

Very useful article – earlier in 2020 I started looking after a small millennium wood and on the land reg documents a small pond was shown, and after some exploration I found it, looking a bit sorry for itself, and cut off from the drainage ditch that had previously supplied it with water.

Your article has given me added impetus to consider reinstating it and getting water back into it.
Many thanks