Ponds and Birdlife : More on birds from Woodcock Wood 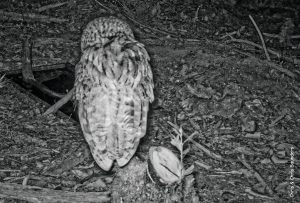 Last summer we decided to build a pond in the wood.  As we have a seam of good clay running through part of the wood, we thought we would try a clay lined pond rather than a plastic liner.  Apparently, a pond requires a minimum thickness of 30cms of puddled clay for an effective seal. As we lugged many buckets of beautiful blue clay from the top end of the wood, across difficult terrain, we realised just what a job this was going to be, even for a modest affair. It was then that we spotted a galvanised feeding trough in a second-hand shop. We bought it, sunk it into the ground, and lined the outside with the clay we had carried from the clay pit.  Pond is rather a grand title for the result, but it serves its purpose perfectly, and has proved to be an asset to some of the inhabitants of the wood.

A Tawny Owl investigating the pond during the daytime, and the following morning actually taking a dip, has made a fascinating set of recordings. According to Simon King (wildlife photographer) it’s a rare event to see a Tawny owl bathing - but is it bathing that’s rare or seeing them bathe during the day? 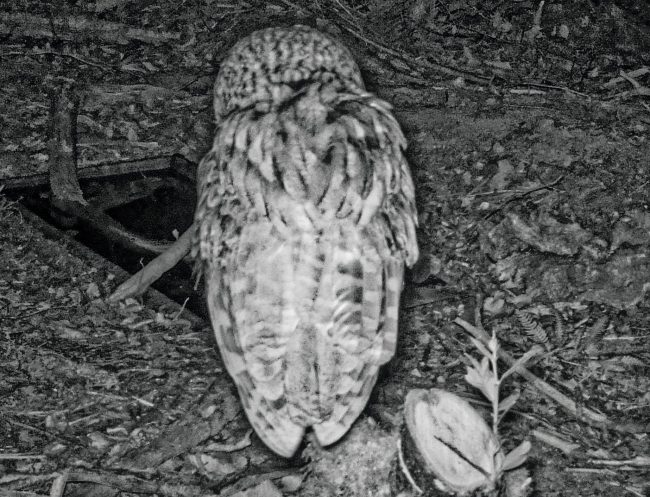 I had always understood that the structure of owls’ feathers that enable them to fly near-silently, also makes it difficult for them to fly and hunt in the wet, hence they don't often bathe. Since recording this video we’ve researched this and been helped by Dr Mateo Ruiz of the Barn Owl Trust who said: "My understanding is that owls are no different to other birds in that they wash to maintain their plumage. Although their feathers are typically less oily, in order to fly more silently, they are capable of flying when wet. However, I suspect they chose to bathe when they are fairly satiated, with no pressing need to hunt."   We’ve put a short video here on YouTube:

Since then, we’ve recorded night time visits of the owl, but only sitting for a short time on the stump near the pond to contemplate life, or more probably to check the area for the mice that are also frequent visitors.   More so than mice, it’s squirrels that take up most of the video footage. Endearing as they maybe, it doesn’t help their case as far as we are concerned! Rabbits and foxes are common visitors, a small deer on one occasion, and a visit from a less than welcome guest - a mink spent a few minutes in and around the pond.

On a lighter note, autumn is the time for mixed flocks of small birds to forage for food. We have seen a number of flocks of Great Tits and Blue Tits drinking and bathing, and included in these flocks have been Marsh Tits. 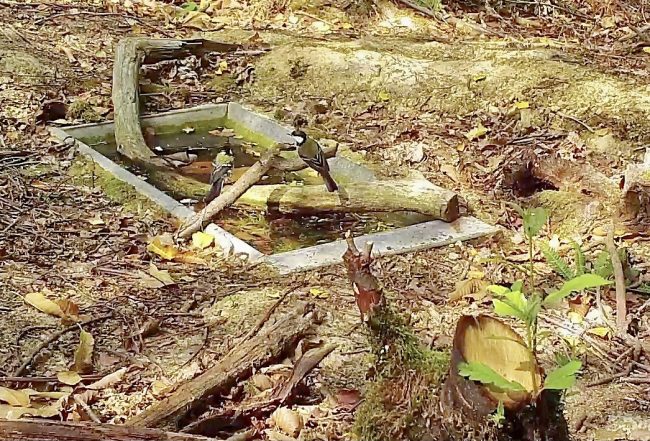 During autumn 2018 and through the following spring, a pair of Marsh Tits were frequent visitors to the wood. We were interested because, although not rare, their numbers are in decline, and we hoped they would remain and nest. However, we saw nothing of them throughout the summer, and this autumn has been the first sign of their return. We put up three small nest boxes last season designed for their needs – small holes, low down in dense vegetation, but only a pair of Blue Tits took up residence. Perhaps the Marsh Tits that are now with us will be attracted to one of them – see  https://woodcockwood.com/marsh-tits-and-willow-tits-identification-and-nesting/ for more on Marsh Tits, and the very similar Willow Tit.   In addition to the tits, we’ve had all the usual suspects as visitors, including a Great Spotted Woodpecker, Jays, and Song Thrushes. 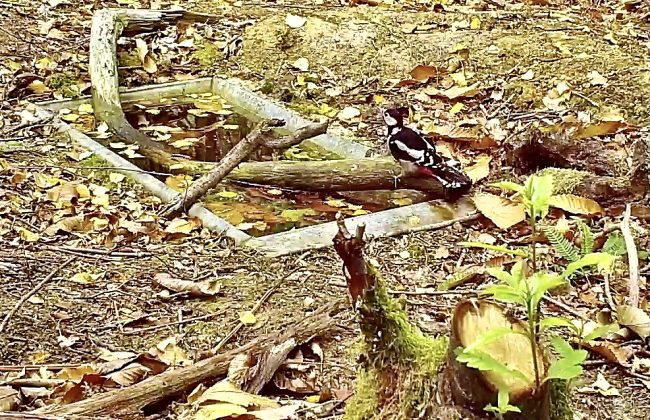 A more surprising visitor to the pond was our winter resident Woodcock, the bird we named our wood after. We have seen this bird every winter since we bought the wood. It is usually found in the large patches of brambles on the edge of the conifer stand, where the conifers merge into the broadleaf area of the wood. While Woodcocks need dense undergrowth for safe foraging, they also need relatively open woodland to enable  short low flights away from any danger. We have seen this behaviour on several occasions during the day, when we have inadvertently flushed our bird.   Woodcocks become active at dusk, as do their main natural predators, foxes, hence their cryptic plumage and preference for dense undergrowth. It is also their cryptic plumage that makes night photography of the bird so difficult. Indeed, it takes a good eye to pick the bird out when scanning the camera images.   This picture was taken by the pond, and if nothing else it’s a superb illustration of near-perfect camouflage! 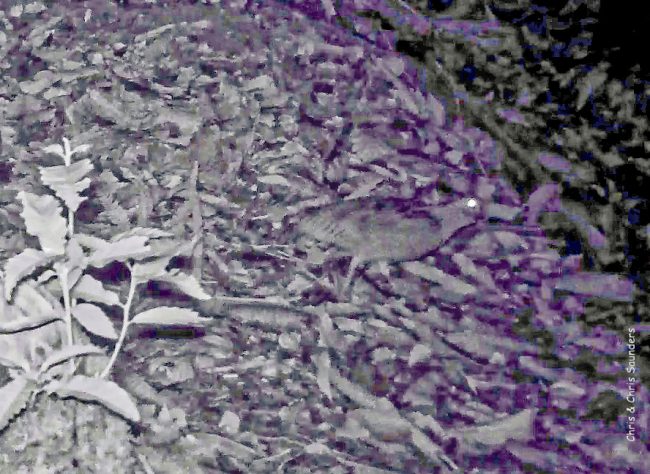