More on birds from Woodcock Wood : Part 1 Tawny Owls: the earliest of our regulars to nest 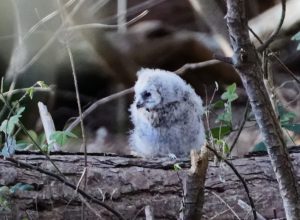 Last year Tawny Owls nested successfully in one of two boxes sited close together in the quietest part of our wood. They are traditionalists by habit, and will continue to use the same nesting site year after year unless they are disturbed.   The pair will re-bond during autumn around their nest site, and eggs will be laid early to late March. We were expecting to see them use one of the boxes again this spring, and our trail camera frequently showed them inspecting the box.

We captured the shots below in October, and were confident they would nest there again this year. It’s during these early stages of nesting that Tawny Owls are most sensitive to disturbance, and inevitably the owls were given a lot of competition by the squirrels for their rights to the box.   Also, regrettably, on a couple of occasions we disturbed the female owl which prompted her to leave the box in daylight.

Come the beginning of April we realised the owls were unlikely to be nesting in either of the boxes, but we had no idea where they might have chosen, although their frequent calling from the area suggested it was close. On the 17th we came across an owlet about 20 metres from the nest box sitting quietly on a log (featured image above).

Tempted as we were to intervene, we resisted, but we watched it from the cover of a small hide until it was dark. We even saw a fox approach, and then mysteriously turn tail and run back along the route it had come. We’ve no idea what spooked it, perhaps it sensed our presence, but it was certainly a heart stopping few moments.

Tawny owlets normally leave the nest well before they can fly, and using their strong beaks and claws, they climb into the upper canopy of the trees where their parents will continue to feed them for many weeks until they have perfected the skills of flight and hunting.  Sometimes however, the owlets will end up on the ground, as did this little fellow. They are at their most vulnerable then, but the expert advice is to leave well alone, and come nightfall they should climb into a tree. The parents will continue to feed and watch over them, and on occasions will fly to their defence, which can be a serious threat to both predators and people.

The following day we returned. Predictably the owlet had gone, and after some searching we spotted the nest about 20 metres up in the crook of a pine, with an owlet peering out – was this the same or a second owlet? 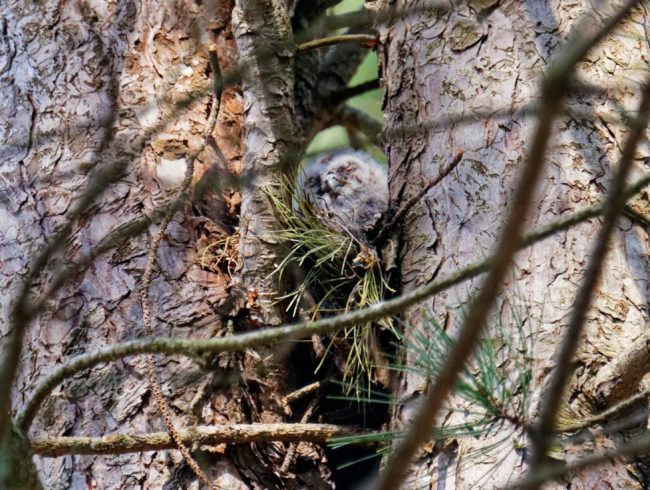 It seems difficult to imagine it clambering back up, and by the same token, difficult to believe one could survive a fall from such a height. They are remarkable creatures! 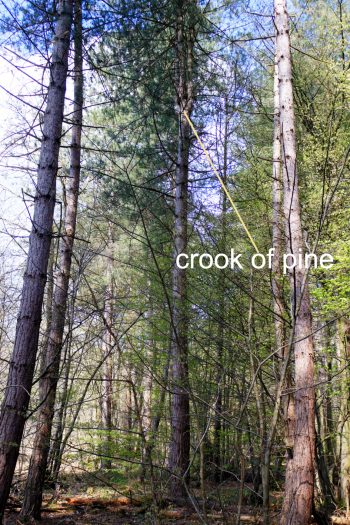 A couple of days later our neighbours from the wood contacted us to say that they had seen an owlet on the ground in their wood some distance from the boxes. We went over the following day. The nest was empty. There was no sign of the owlet, but sadly we found a pile of downy white feathers close by. Which owlet these belonged to, and what actually happened we’ll never know. We spent a lot of time scanning the nearby trees for signs of owls, but saw nothing.

You have to remember that about 80% of Tawny Owls die within their first year because in the autumn the adults drive them from their territory and the young owls have to find a suitable area with sufficient food that isn’t occupied by an adult pair, and this is a big challenge.