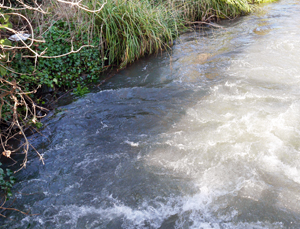 The press, the BBC and even the Woodlands.co.uk blog have recorded how extraordinary our weather has been so far this year. After a warm April, the weather went somewhat downhill: it has been one of the wettest summers on record, (which on a positive note has ensured that the reservoirs are topped up again). However, it has impacted negatively on many species. The flooding of meadows will have killed voles and shrews, and the swollen rivers may have been too much for many water voles. Bumblebee nests which are often underground will have been flooded or washed away.

The changing weather pattern (if it continues) will have significant effects on our wildlife – both plant and animal (as indicated in Rob’s recent blog). It is likely that not only will our plants and animal species change over time, but their range and distribution will also alter. Already it seems that the distribution of a number of species of over-wintering birds (e.g. mallard, 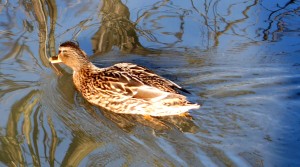 pochard, ringed plover, dunlin and turnstone) is changing. As the winters across northern Europe have become milder, so some species are less likely to fly south to the UK for the winter. The full report “The state of the UK’s birds 2006” can be downloaded from the RSPB site.

Plantlife UK has produced a excellent report entitled "Under pressure" that examines some of the possible effects of climate change on our wild plants and makes a number of constructive suggestions - specifically the creation of 'robust' habitats. This involves managing the countryside to provide linked refuges and ecosystems of hedgerows, ponds and small woods for migrating species; and to offer homes for new arrivals. It stresses the importance of the inter-connectivity (and number) of such sites. 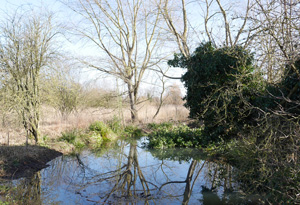 In the past, when habitat damage occurred due to flood or fire, many species would be able to re-colonise the affected areas by moving in from adjacent or nearby areas. Nowadays, this is much more difficult for many species as the landscape is dissected by motorways and farmland monocultures. The idea of creating networks or corridors for the movement of species was suggested some years back by the zoologist Edward O Wilson.

The DEFRA report "Conserving biodiversity in a changing climate" is quite interesting and can be found here and the Monarch (Modelling Natural Resource Response to Climate Change) report on biodiversity conservation, whilst lengthy, is also informative. If you sign up at the UK Climate Change Impact Programme website, not only do you get full access to the site's materials but you can subscribe to e-news bulletins.

just spotted this on the BBC site
quote “Woodlands in Cambridgeshire dating back 900 years are to be linked in an attempt to help wildlife which could be affected by changes to the climate.”
http://news.bbc.co.uk/1/hi/england/cambridgeshire/6711339.stm