Weather and climate …… ~ by Chris 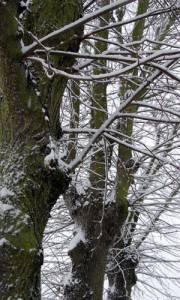 Books often describe our climate as being ‘mild for the latitude’.  It might be difficult to believe this given the actual weather over these last few weeks. Newfoundland is similar in latitude to the British Isles, but the average temperature is some 10oC colder in winter.  We are the beneficiaries of the warming effect of the North Atlantic Drift – a current that develops in the Gulf of Mexico and then flows north-east across the Atlantic. It is a part or continuation of the Gulf Stream but we are also at the mercy of the jet stream.

Our climate may be described as cool, temperate and maritime.  Despite the relatively small geographical area of the British Isles, there are noticeable differences in climate across the UK.  The western half of the country is significantly influenced by maritime air masses (from the Atlantic), whereas continental influences (cold air streams) affect the eastern side.  Thus, there are four broad sub divisions to the country:

The West receives more rainfall than the East.  High ground in the West forces the air to rise, which encourages precipitation / rainfall.  Coastal areas are generally a little warmer than inland; this is also noticeable in the SW in the autumn.  These may be general observations, but extreme weather can affect almost any part of the British Isles.

It is difficult to know if our weather is becoming more extreme or variable.  The recent cold weather, and indeed that last year, has provided some noteworthy extremes and a spokesman at the Met Office said "December has got off to a very cold start. The last time we saw prolonged cold weather in December with such low temperatures and this amount of snow fall was 1981.” 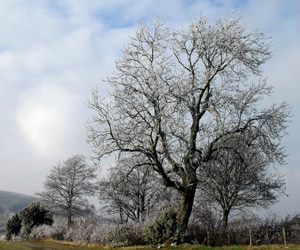 Bad winters have been recorded throughout history. A period known as ‘the little ice age’ has been identified by historians of climate.  The relatively warm conditions of the C15th and early C16th gave way to colder weather, which saw glaciers advancing in the Alps and Iceland.  The period between 1540 and 1700 may have been the coldest since the last Ice Age.   A particularly bad winter was that of 1684, when ice drifted through the English Channel, ports and harbours were blocked with it, and shipping in the North Sea came to a halt.  The 1690’s was one of the coldest decades on record, where cold, late springs and early winters gave rise to scarcity and hunger, leading to famine in some parts of Europe. 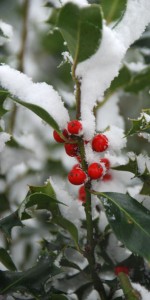 Within this ‘ice age’, there were warm periods when the spring and summer weather allowed a resurgence of viticulture.  Other ‘extremes’ were seen. Dry summers and drought in the 1630’s /1640’s probably contributed to revolts in the Fens – about the reclamation of the Fens (under the guidance of Vermuyden).  After three consecutive dry years it was noted “The country is ruined by an excessive drought causing the greatest suffering.  Everyone declares that there is no memory of such a misfortune in England….’    Further droughts in the 1660’s had notable effects, especially in London in 1666.   In more recent times, the winter of 1947 was harsh, snow fell somewhere in the UK every day between 22nd January and 17th March, and the winter of 1962 / 63 was described as ‘the worst in a century’.  Snow began falling on Boxing Day and continued into March, with temperatures some 5 to 7oC below average (for winter). 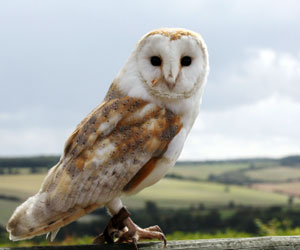 How this winter will be recorded in the ‘annals of climatology’ is yet to be seen; equally unknown will be the effects on plants and animals though phenologists will be avidly recording throughout the winter and spring months to come.  There are reports of barn owls starving in the current cold weather because they cannot find food because of the covering of snow (as opposed to dying from the cold per se); though this December may be the coldest since 1910 !

The current blanket of snow and freezing temperatures may suggest that global warming is not happening, but all the climate data taken across the world show that it is warmer than it used to be; indeed Met Office data suggest that 2010 may be 0.58oC above the long term average of 14.0oC.  If this is the case then this would be above the current record of 14.52oC - set in 1998.  Plantlife UK has produced a interesting report entitled “Under pressure” that examines some of the possible effects of climate change on our wild plants and makes a number of constructive suggestions – specifically the creation of ‘robust’ habitats.

[…] due to an unusual pattern of high altitude winds over the Continent.  The course of the jet stream meant that there were southerly winds and relatively settled conditions over the United […]

[…] to various bird populations.  Given that we and wildlife have just experienced one of the coldest Decembers in many years, it will be interesting to see how this year’s results compare with previous […]

Further to comments about Barn owls above, another report here about greater than expected deaths
http://www.independent.co.uk/environment/nature/snow-takes-heavy-toll-on-barn-owls-2192472.html

Pure speculation :
perhaps the leaves were in the process of forming the abscission layer (http://www.woodlands.co.uk/blog/trees/autumn-leaves/) and then the weather turned very cold (which means all physiological processes slow down), consequently the layer did not fully form so the leaves are left ‘dangling’ and will require a bit more force to dislodge them ???

Many of us have noticed that our oak trees did not lose their leaves this winter. Any idea why? has the sudden cold weather affected something?
Tracy