You are here: Home > Blog > Flora & Fauna > Emerging from the Winter weather

Emerging from the Winter weather ~ by Chris 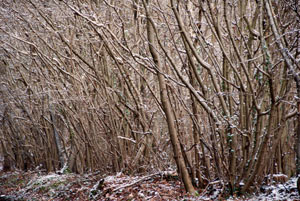 We have finally emerged from winter. Met Office statistics confirm what we know and have experienced, namely that this last winter was colder and snowier than other recent winters.  The average temperature in the UK this winter was 1.6oC; this is some 2.1oC below the average.*  For England and Wales, it was the coldest winter since that of 1978/9.  In Scotland, it was even more extreme; only the winter of 1962/3 was colder.  The winter was also characterised by snow (and disruption); 20cm of snow was recorded in parts of southern England in early January and 30cm in central and northern Scotland in late February.  At Aviemore , 44cm of snow was lying on the 25th February, whilst Braemar recorded a temperature of  minus 19.2oC! 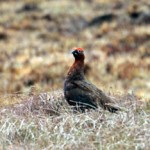 The cold and snow has affected wildlife.  In places, the snow was deep and froze hard, making it difficult for deer (and other mammals) to find food.  The Deer Commission for Scotland said that it expected substantial losses in deer stocks.  As deer cannot find grass or heather, they turn to stripping bark from trees in woodlands.  The head keeper of the Glenlivet estate estimated that 30% of the estate’s roe deer have died.  Gamekeepers fear that grouse have abandoned moorlands and many have died.

Other birds have been affected by the harsh weather.  British Waterways (which looks after some many miles of canals and rivers) 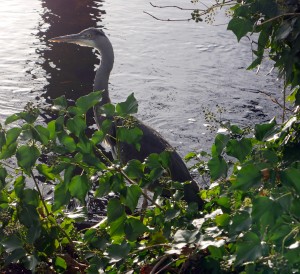 has expressed concern that frozen canals and lakes will have prevented birds like the kingfisher and heron from fishing.  The Big Garden Birdwatch took place on the weekend of January 30th / 31st.  It found that small birds have struggled with this winter’s weather; the number of long tailed tits and goldcrests was down.  Small birds suffer particularly in the cold; proportionately they expose a greater surface area to the environment so they have to spend a lot of time eating to provide ‘fuel’ to maintain their body temperature.  The survey also revealed a significant number of ‘countryside birds’ in gardens (redwings, bullfinches, yellow hammers) – they had presumably moved to town and cities in search of food as berries, seeds, insects and worms were difficult to find under the snow and ice in fields and woods. 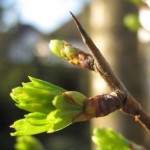 Towns and cities tend to be warmer – acting as heat islands. As a result of the cold winter, spring has been a long time coming.  Bluebells (often associated with ancient woodland) are late in appearing. The National Trust has suggested that they are some three weeks ‘behind’ this year. The Woodland Trust reports that the flowering of Blackthorn and Celandine is delayed, as is the bud burst in Hawthorn. The Trust is eager for more volunteers to contribute to its phenological studies, which involve recording observations on a range of birds, mammals, insects, plants and amphibians. * the average being calculated for the 30 years period from 1971 to 2000

[…] 2010, the blog reported on the exceptional winter weather.  Back then, we had just ‘emerged’ from one of the coldest winters on record. Currently, we […]

It is so exciting to see everything emerge – and it seems to be happening very suddenly now. (just like my hayfever!)