Winter weather, and its effects 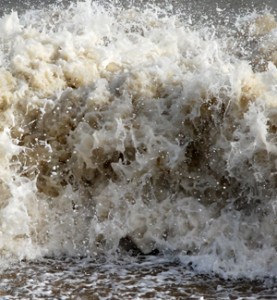 In 2010, the blog reported on the exceptional winter weather.  Back then, we had just ‘emerged’ from one of the coldest winters on record. Currently, we are experiencing one of the wettest winters ever.

In December, the East Coast faced storms and a tidal surge (affecting communities from Scotland down to Essex), and then Christmas Eve saw high winds and the cancellation of flights from Gatwick.   January brought some 175 mm of rain in the South East.  The closest comparable January was that of 1948.  A summary of the winter so far can be found at the Met Office web site - here

The Met Office summary report notes “For the period from 12th December to the end of January some stations in the south of England had recorded over five months' worth of rainfall.”   Not everywhere was soaked, for example, "parts of northern Scotland were significantly drier than average". 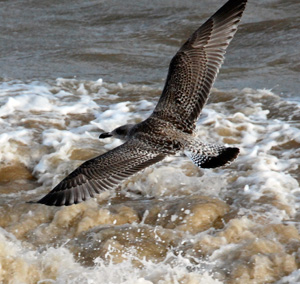 However, storm after storm, depression after depression swirled in over southern England and Wales resulting in flooding over wide areas,  the destruction of homes and the loss of services.

Like human communities, plants and animal populations are reeling from the effects of the weather.  Animals, from insects to small mammals and birds, are at risk of drowning or dying from lack of food.  Razorbills, fulmars and shags have been found exhausted and distressed at places like Chesil Beach and Kimmeridge.  They face the problem of dehydration as they get water from the food that they eat; and they cannot feed in such extremes of weather.  At some points on the east coast (e.g. Spurn Point, Cley and Salthouse), dunes, shingle banks and nesting sites have been washed away.   The tidal surge and storm separated many seal pups from their mothers; various seal sanctuaries have taken in abandoned pups.

The hedgehog population, which is already in decline nationally, is further threatened by the flooding – as are badgers, previously disturbed by culling measures in areas such as Somerset. 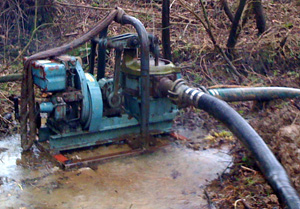 Even water voles are threatened, as they store food in their burrows and spend much of the winter there.  However, if the water levels rise quickly then they are washed away and they are not strong swimmers.  If they seek refuge on ‘high’ ground then they may become a meal for birds of prey, or mink.  Otter ‘holts’ can also be affected.

Flooding also affects hibernating animals from bumblebees, to beetles and various caterpillars.  It can even cause problems for earthworms.  The loss of earthworms may later affect bird populations in Spring and Summer, as the food supply for blackbirds and song thrushes will be significantly reduced.  Flooding causes the soil to become waterlogged, that is, the spaces between the soil particles are filled with water, instead of being filled with air.

The soil becomes anaerobic, (depleted of oxygen) so that even plant roots die, rot and decompose.  The process of decomposition can result in the release of toxic gases, such as hydrogen sulfide.  The flooding can also result in the redistribution of pollutants such as lead and / or pesticides, which have previously been ‘sequestered’ or adsorbed to silts and clays in the soil of flood plains.

Flood or storm waters can also carry a heavy burden of faecal material – which further depletes the oxygen supply in the water (affecting fish and other freshwater organisms), and of course, bacteria such as Escherichia coli, Salmonella and Campylobacter – not to mention norovirus (the vomiting bug).

[…] we salvaged the timber required for the structure from the many windblown trees resulting from the winter storms. We did this a few months in advance of actually starting construction to give the wood a chance to […]

Good news is, indeed, hard to come by – especially for affected home owners and farmers.

Flood water can assist in the dispersal of some organisms – such as certain species of snail (Anisus vorticulus, ramshorn whirlpool snail), and plant seeds may find new areas to colonise (though the colonists may include Himalayan Balsam, Giant Hogweed).

Temporary ponds may function as breeding sites for frogs. Water voles displaced from their homes may survive and arrive in new areas.

When it comes to the natural environment most politicians cannot see what’s under their noses! They’d much rather develop the moon or Mars than face up to living in the real world.

And the good news is ? I suppose one small piece of positivity is that all the silt washed down from the uplands, spread across the fields and gardens will increase fertility, as it does in the Nile valley. Also a few more people might waken up to the realisation that climate change is happening and we should start doing something about it. Finally, can we stand up to developers who want to build on the flood plains ? Let’s hope he water levels start going down again soon. By the way, haven’t the Somerset Levels always flooded and so the badgers and other species must have adapted to that fact to some extent ?