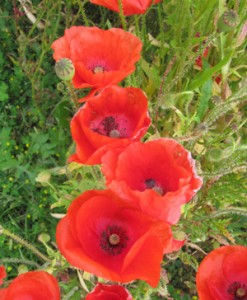 It is a sad fact of life that the plant sciences do not receive much attention, indeed university botany departments and herbaria have been ‘lost or subsumed’ into faculties of biological sciences.  Like some species included on The Red List of threatened species, the botany degree is seemingly on the road to extinction.  Study of herbarium specimens can provide valuable information about climate change.  For example, a study comparing the distribution of olive stomates of present day plants and preserved herbarium specimens has shown that the number of stomates per unit area of leaf has declined as carbon dioxide levels have increased.  Herbaria can also yield information about the changing distributions / ranges of plant species, and the phenology of flowering and similar events.

Despite the declining profile of botany within universities, the fact is that without plants, we would not be here.   Plants not only provide us with oxygen [as a ‘by-product’ of photosynthesis] but also food - grains, wheat, rye, barley, rice from the grasses, fruits, oranges, apples, grapes, vegetables such as parsnips, carrots, onions, flavourings  - pepper, sage, thyme, all spice etc.  Before the advent of the global pharmaceutical industry, plants were the only sources of medicine and were usually sourced from apothecaries and herbalists, who were expert in the preparation and use of plants.    Examples include salicyclic acid (a form of aspirin) from willow; poppies that yield opiate painkillers; the bark of the cinchona [Jesuit’s bark] gave quinine - a treatment for malaria; and the foxglove provided digitoxin for the treatment of dropsy (a term used to describe fluid accumulation in the body, especially the legs). 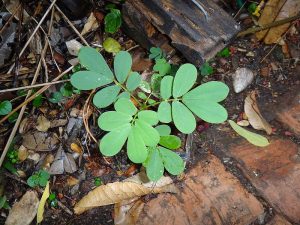 Plants are still important to us as a source of medicines.  In recent times, the Madagascan Periwinkle Catharanthus roseus has been the source of various alkaloids used in the treatment of breast cancer. It is certain that there exist many ‘undiscovered or unresearched’ plants that could provide us with therapies / substances for a range of conditions and diseases.  However, not only are species being lost (for example, through deforestation) but there are not that many botanists specifically trained in taxonomy to find and identify ‘new plants’.

However, we are far from exhausting the potential of plants. Senna tora [or Cassia tora] is a small, annual legume; sometimes referred to as the Stinking Cassia, or Sickle senna.  The plant and its seeds are edible.  The young leaves can be cooked as a vegetable while the roasted seeds are used as a substitute coffee. Nearly every part of the plant has been used in traditional Indian and South Asian medicine. The seeds and leaves are used to treat skin disease and its seeds can be used as a laxative. It has also been used for to treat leprosy, ringworm, itching and psoriasis. Mabberley’s Plant Book also notes that its seeds can be used as a mordant in the dyeing of an ecologically friendly blue cloth. 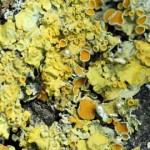 The senna tora plant is known to contain anthraquinones, which are naturally occurring compounds that have medical applications. Natural sources of anthraquinones (and their derivatives) are found in plants such as aloe, senna, rhubarb, bearberry (cascara buckthorn), fungi, and some lichens, [the yellow colour of some lichens (Xanthoria and Caloplaca) is often due to the presence of anthraquinones].

Anthraquinone related compounds include the drugs known as the anthracenediones; these include laxatives, anti-malarials, and drugs used in cancer therapies.  There is  also some work looking at their effect on disease progression in Alzheimer’s.   However, until recently, the chemical pathways by which plants produce these useful compounds had not been fully understood.  Now a research team has found and sequenced a gene responsible for the synthesis of anthraquinone, working with Senna tora.  The extensive research team have also been able to identify the first anthranoid-forming enzyme in plants, so it is hoped this this is the first step in identifying all the genes and enzymes involved in the making of anthraquinone.  This is turn will allow the ‘engineering’ of a plant that can produce significant quantities of anthroquinones - which can be used medically.

Thanks to Nikitakamka, CC BY-SA 4.0, via Wikimedia Commons for image of Cassia tora.

Botany was indeed in its heyday in Victorian times, with many notable collectors and the establishment of many herbaria at Universities and Natural History & Philosophy Societies. However, the botanical sciences have been somewhat neglected in recent time as this article ‘The End of the Botany Degree in the UK’ explains – “https://www.tandfonline.com/doi/full/10.3108/beej.17.2“

Didn’t realise university botany degrees are under threat.assumed after Victorian expansion of botany they would be flourishing.

Has botany been combined with ‘newer’ sciences?