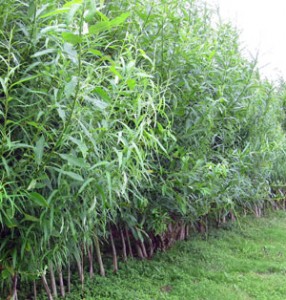 Phytoremediation involves the use of plants to ‘extract’ heavy metals from contaminated land.  Land can become contaminated with potentially harmful metals (lead, cadmium, mercury, copper) due to mining activities.  Elevated levels of such metals in the soil usually means that the land cannot be used for crop growing, or the grazing of animals as the metals would pass into the food chain - and would place people and animals at risk.  Cadmium is a dangerous element if ingested, causing damage to the kidneys and the endocrine (hormone) system.  Lead intake can result in damage to liver, kidneys and the central nervous system.

They are hyper-accumulators because they accumulate the metal to a concentration many times greater than that found in the soil.  Different plants accumulate different metals and there is now a database of some 700+ plants that can be used to help with reducing soil pollution by metals.  For example, a hyper-accumulator of nickel is a plant in which a nickel concentration of at least 1000 mg/kg has been recorded in the dry matter of any above ground tissue in at least one specimen growing in its natural habitat *.  One such plant is Berkheya coddii which has been recorded as having 11,600 mg of nickel per kilogram!  Hyper-accumulator plants for Arsenic⊗, Cadmium, Cobalt, Copper, Manganese, Nickel, Lead, Selenium⊠ and Zinc are known. 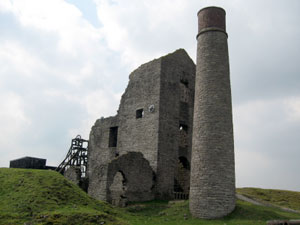 In Finland, willow trees have been studied as agents of phytoremediation.  Willow trees can grow in acidic soils and can also cope with contamination with copper, zinc, nickel, chromium or lead.  The acidity can be reduced by the addition of wood ash (or quicklime) and this enhances the growth of the trees.  Two species of willow, Salix schwerini and Salix viminalis were investigated.  Initial research indicates that willows can help reduce zinc levels in six years in favourable conditions, nickel in 10 years, whereas copper and chromium may take much longer.

The possibility of phytomining is now being actively investigated.  Phytomining would involve growing hyper-accumulator plants on metal-rich soil, harvesting them and then burning the plant biomass down to an ash  from which the metal might be reclaimed.      This would make sense economically where the metals were rare or of high intrinsic value. For example, cobalt is in demand for the manufacture of magnetic, wear-resistant and high-strength alloys.

The most likely contenders as “phyto-miners” are nickel-accumulating plants such as Berkheya coddii (a member of the daisy family - mentioned above).  Although other plants accumulate significant levels of various metals, the cost of harvesting and extraction of the metal is at the moment not a commercially viable option.  There is the possibility of simultaneous extraction of two different metals from the same plant, for example, the cobalt / copper hyper-accumulators of Central Africa.   Simultaneously extracting and purifying more than one metal may make the process cost effective.