You are here: Home > Blog > Flora & Fauna > Surveying a woodland

Surveying a woodland ~ by Sarah 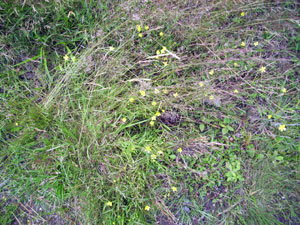 When I went looking for woodland to buy, I looked at the ground before the trees, which probably sounds a bit odd.  If you’ve seen people looking at the floor in a car park and wondered what on earth they were doing; unless they’ve dropped their keys, they’re probably botanists.  What is growing on the ground can tell you all sorts of things like how old the woodland is and what type of soil you have. I am only an amateur and although I do have the advantage of some professional training in the field of surveying for wildlife, you don’t need it if you want to survey your own wood.

To survey is to simply make a record of what is there. This does not have to be restricted to plant life and nor should it be.  No one part of an ecosystem can be studied without being mindful it is merely part of a much bigger picture, everything relates to everything; think food chains. Once I know what’s there I can use this information in my management plan, so if there aren’t many butterflies I could plant some plants or shrubs to attract them. 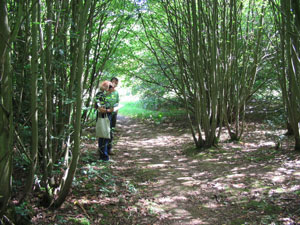 How much detail you record is clearly going to depend on the amount of time you have and the size of the plot.  I have a plot of less than 9 acres and a useful snaking grass ride running like an elastic band in the middle of the plot so I can use this as a reference point, and survey either side of it.

The first thing you need to do is draw up a sketch. You may already have created one as part a management plan. If not, use one of the maps submitted by the Land Registry office and copy to scale on graph paper.  A large wood will obviously be better divided into sections on separate sheets. If you don’t have a ride or pathways to follow your way around, then stick to the boundary and walk inwards as far as you want, noting what you find.  I have newly planted woodland so I sketched blocks of Oak, Ash and so on, until I had a patchwork effect.  I didn’t count them (!) I just paced out the rough area; one of my paces is about 90 cm or 3ft.

If you have mature woodland and/or a large plot, the best way to note what is there is to use what is known as the DAFOR scale.  It’s not terribly scientific, but it’s a good start.  The letters represent the quantity present.  So if you have mainly Ash trees you might record them as D for Dominant.  A is for Abundant, F for Frequent, O for Occasional and R for Rare.  You can see how this won’t be entirely accurate. 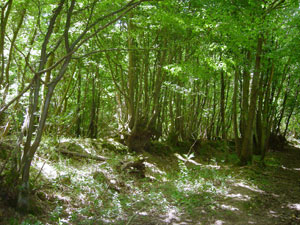 I then divided my plot into smaller more manageable sections, called them rather unimaginatively A-F, and set about recording what was growing on the ground in each section. You might find it easier to split the wood up into areas corresponding to the terrain, e.g. a group of trees lining a river bank, or use unusual features to help determine an area.

Identifying trees shouldn’t be too difficult if you arm yourself with a Tree Guide, there are plenty around.  Note: Bargain bookshops often sell out of date pocket size Collins Nature Guides. You might also try the laminated sheets published by the Field Studies Council (FSC) *; they are only a few quid each and cover anything from Fungi to Invertebrates, and are nicely illustrated and introduce the idea of using a ‘key’. If you have children or grandchildren then get them involved; there is nothing they like better than finding things and spotting the difference.  Plant life is admittedly trickier; again I suggest the pocket Collins Nature Guides and the FSC. If you find these too basic try having a go at Wild Flowers of Britain and Ireland by Blamey, Fitter and Fitter, and up from that, The Wild Flower Key by Francis Rose. 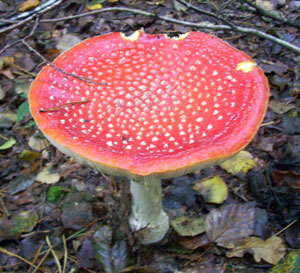 So that’s it – all finished?  Well, not quite.  There are plenty of other Flora and Fauna you could survey for.  Local wildlife groups are run by volunteers and may be happy to assist you in identification and give you some free management advice re: wildlife, particularly if you offer them a small donation and some cake!  It’s a good idea to repeat the survey at different times of the year. Just like a garden, bulbs disappear under ground, flowers and fungi are around at different times so you will miss things if you don’t.

If you do discover something unusual and want to gain extra green points, you might consider sending what is known as a biological record to your local Biological Record Office; there is one in nearly every county and they will advise you what to do.  Information is being collated across the country to put into a National Database so that we will have a better idea of any changes occurring. 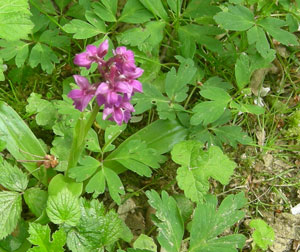 The more information gathered, the more accurate it will be.  All sensitive information i.e. anything rare is treated with discretion.  So if you are concerned about somebody discovering your Orchids, they won’t be able to access the information, it is kept out of the public domain. This way, not only will you know what’s in your wood, you will be leaving a legacy that will help generations in the future.