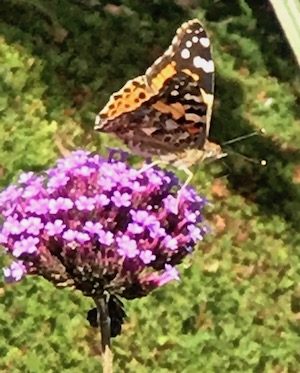 The results of the Big Butterfly Count are in and have been analysed;  one of the most interesting observations is that the migratory butterfly - the painted lady - was here this summer in amazing numbers.  There were 30 times as many here this summer as compared to 2018; indeed nearly half a million were recorded across the U.K.   The last time such numbers were seen in the UK was some ten years ago - in 2009, and before that in 2003 and 1996..

Each year, successive generations of Painted Ladies move northwards from Africa to breed in central and northern Europe during the summer. Their offspring make the return trip southwards to avoid the cold of the northern winter. The number that reach our shores varies considerably.  with periodic years of great abundance termed "Painted Lady Years”.  However, lepidopterists are still worried about the  ‘future’ of the painted lady and have speculated that climate change could have an impact on its fortunes.  Climate change has also been implicated in the general decline of the small tortoiseshell butterfly since the 1970’s.

The count found that other species had a good year (helped by some fine weather); peacock butterfly numbers were up over 200%, as were those for the marbled white.  Gatekeepers and red admirals also did well, and sightings of the six spot burnet moth were also up. 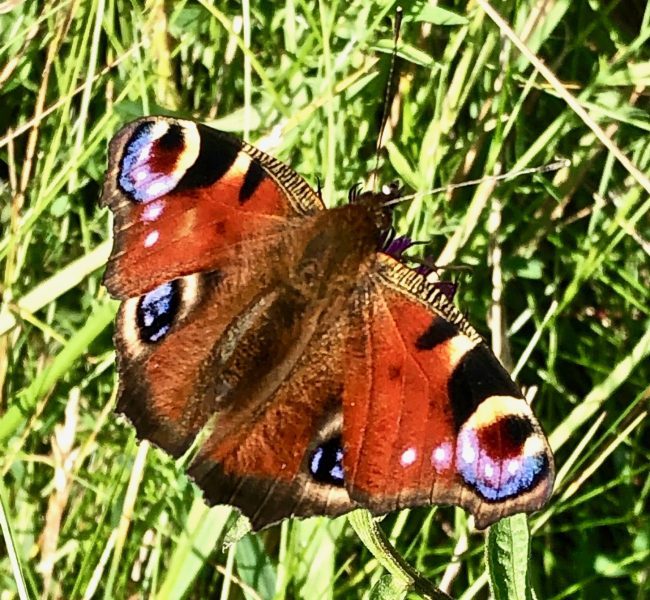 The higher numbers of many butterflies are good news, not just for butterflies, but for other wild life, such as birds and  hedgehogs to whom the adults or their caterpillars represent food.

This summer’s Big Butterfly Count was the most successful in its 10 year history with a greater number of people involved and more counts being submitted than previously.  Full details of the count can be found here

There was an interesting piece of research on wildflowers, which obviously are very helpful for butterflies, here: https://thegrasspeople.com/uk-goes-wild-wildflower-survey

Bascially says people are mad about wildflowers and they think the local councils should be doing more to use wildflowers on council ground.