Unusual and exotic trees – the Dawn Redwood ~ by Lewis 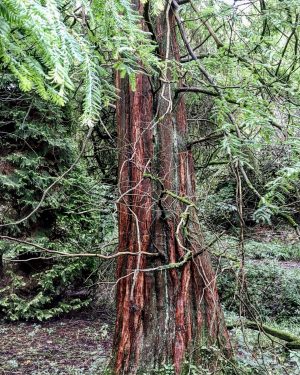 Just as the woodland blog has described the maidenhair tree as a ‘living fossil’, so the same phrase can be applied to the Dawn Redwood (Metasequoia glyptostroboides).  All species belonging the genus Metasequoia were thought to have died out sometime during the Miocene Period.

The Miocene began 23 million years ago and ended about five million years back.  The Miocene saw the evolution of the first dogs and bears, the uplifting of the Alps and significant climatic changes such as the MMCO - the mid miocene climate optimum.  During the MMCO, the temperatures were above today’s average global temperature, which lead to drier conditions across the world with a consequent decrease in woodlands and an increase in a more open landscape.  The Metasequoias were casualties of this changing environment; the Metasequoia forests, which extended as far as 80oN,  disappeared.  Indeed, all species were thought to have gone but then in 1941, a living member of the genus was found in China - the water fir (as it was known locally).

Relatively few natural populations of Dawn Redwoods exist in the wild, and those that do are found in Szechwan Province of south western China.  The populations are small (in terms of the number of trees), with the exception of the Xiaohe Valley - where significant numbers are found.   However, the Dawn Redwood trees to be found across the world have been planted as a result of a seed collecting expedition (in 1948) by the Arnold Arboretum of Harvard University.  A large bag of seeds was collected and soon seedling trees were raised and distributed to universities and arboreta across the world.  Dawn Redwoods grow fast and are good as specimens trees in gardens and parks, but too big for the ‘average’ garden. Though sometimes described as a ‘riparian species’ (water loving), Dawn Redwoods can tolerate drier conditions.

Three dawn redwoods can be seen in a landscaped section of Central Park, New York - known as Strawberry Fields, to see the location of redwoods here in the U.K., perhaps visit the Redwood World website.  The photographs in this blog feature a Dawn Redwood to be found in the Torthworth Arboretum. 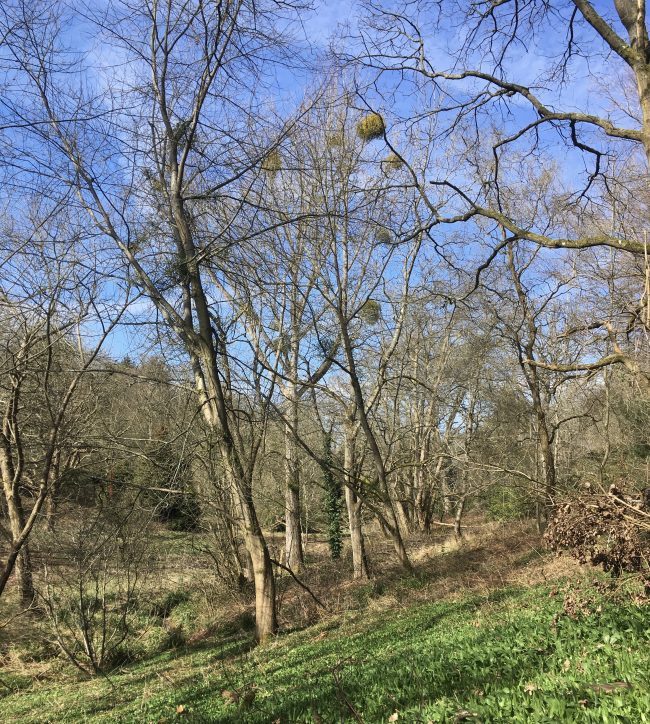 Part of Tortworth Arboretum. in very early Spring; balls of mistletoe hanging in the trees 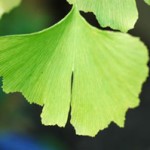 Like Gingko, the Dawn Redwood certainly deserves the description of a ‘living fossil’ as it has essentially stayed the same for some 65 million years. The tree is little different from its ancestors of the Cretaceous period.  When an organism remains unchanged for long periods of time,  this is sometimes referred to as morphological stasis.   It is also seen in some animals such as the horseshoe crabs which have remained much the same for over 400 million years !

The tree is not only unusual in being a living fossil, but also because it is a conifer (a member of the Cupressaceae) that is deciduous.  It sheds its leaves before the onset of winter.  When formed in the Spring, the leaves are a bright, fresh green colour, arranged opposite each other on a stem (branchlet).    The new foliage has an almost ‘feathery’ appearance. 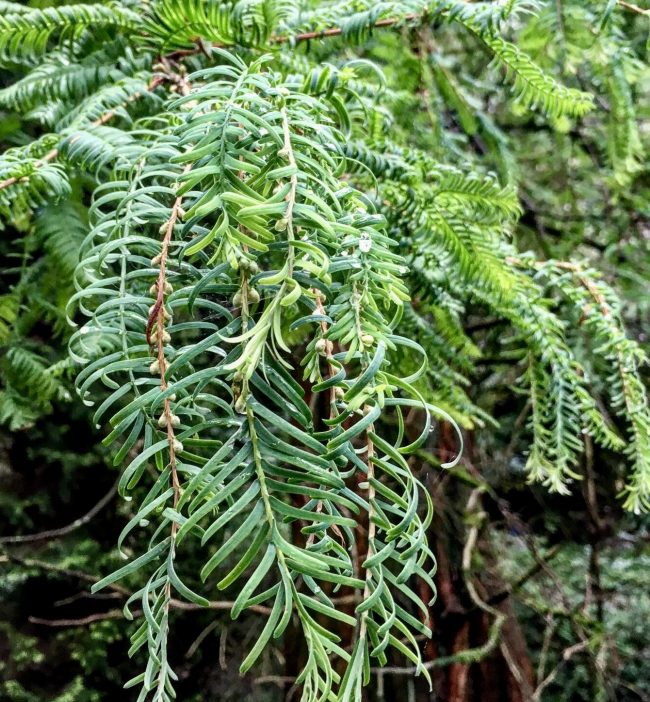 Leaves on the branchlets of Dawn Redwood

Come the Autumn, they change to a rusty brown, almost orange colour before being shed.  The bark of a mature tree is a bright reddish / orange colour and strips of the bark peel away. As the tree ages the base of the trunk may develop a ‘furrowed’ appearance.  A tree can grow to a height of 40+ metres and the crown is generally conical in shape but may become more rounded with age. 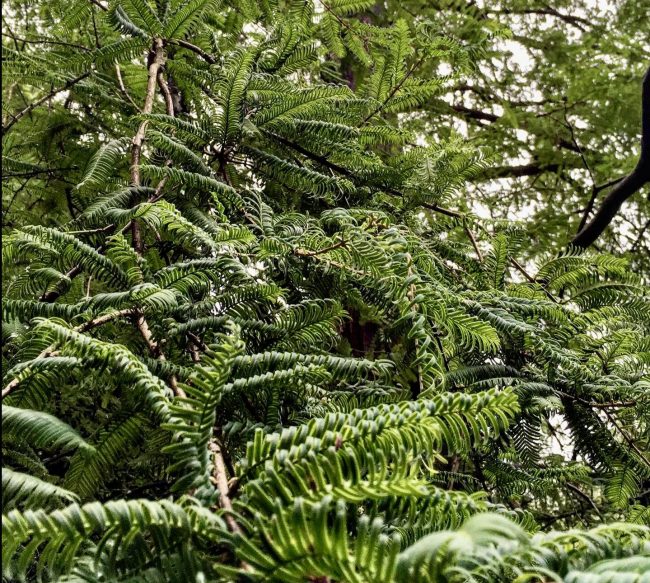 Luxuriant foliage of the Dawn Redwood

Dawn redwood images from Rebecca Cork, who organises many family and community activities at Tortworth Arboretum - please visit the website for details of the many and varied events.