You are here: Home > Blog > Flora & Fauna > von Siebold and the Japanese Knotweed

von Siebold and the Japanese Knotweed ~ by Chris 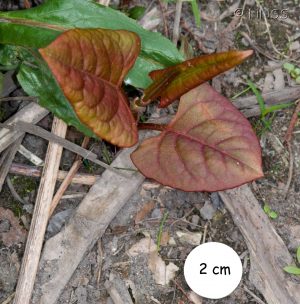 Philipp Franz von Siebold was a nineteenth century German doctor and botanist, who worked for several years in Japan, accumulating an extensive collection of plants and animals from that area.  He was responsible for the introduction of  a number of (now common) garden plants to Europe - such Hostas and Hydrangea. Siebold is almost unknown outside Japan except among gardeners as many plants incorporate sieboldii and sieboldiana in their specific names - for example, species of Primula, cherry (Prunus), Sedum and Viburnum.  Siebold was also associated with the introduction of tea cultivation to Java.  On his return to Europe, he was based in Leiden where he worked on cataloguing and identifying his twelve thousand botanical specimens.

Unfortunately, one of the plants that Siebold introduced was the Japanese knotweed (Reynoutria japonica, syn. Fallopia japonica). This has become a highly invasive weed in Europe and North America. The plant was discovered growing on the side of a volcano; it was named as the “most interesting new ornamental plant of the year” by the Society of Agriculture and Horticulture in Utrecht.

However, now the Japanese Knotweed is listed as one of the world’s worst invasive species.  It has an incredibly invasive root system and its vigorous growth damages concrete foundations, buildings, flood defences, roads, paving, retaining walls and architectural sites.  In Amsterdam, the knotweed is causing major damage to building foundations, pavements and dykes costing millions of Euros each year.  It is a frequent coloniser of riversides (not unlike the Himalayan balsam), roadsides and waste places. It forms thick, dense stands of vegetation that completely overwhelm any other native species. It can tolerate a very wide range of soil types, pH and salinity. Its underground stems (rhizomes) can survive temperatures well below freezing and can reach down some 10 feet into the soil, which makes removal very, very difficult. 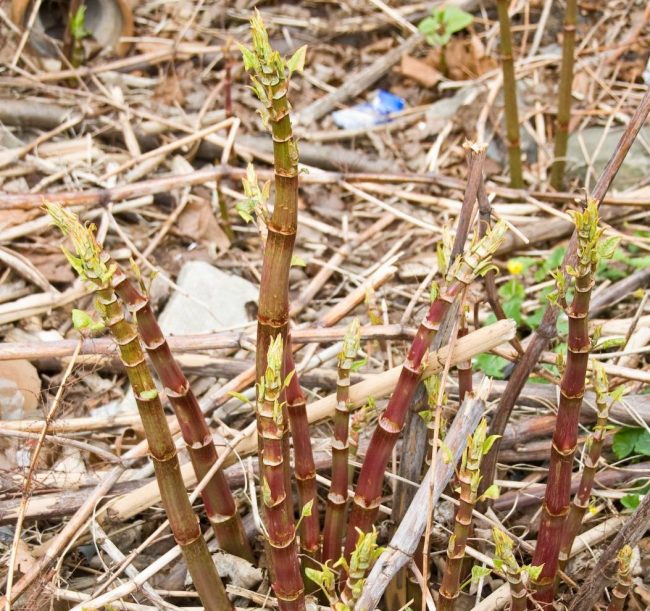 In consequence, the Dutch government has recently made the unprecedented decision to issue an exemption to the ban on the introduction / use of alien species partly because of the ever increasing costs of removal of the knotweed and repairing the damage that it causes.  Laboratory tests have shown that the jumping leaf fleas – psyllids, Aphalara itadori – suck sap from young shoots and could stop the plant growing by depleting its energy sources.  This is potentially a form of biological control.  Some five thousand of these Japanese leaf fleas have been released in three different field locations in Amsterdam to try to combat the Japanese knotweed.  It is hoped that the leaf fleas will hibernate over winter and then establish themselves in the new year. More specimens will be released in the Spring.  The ‘project’ is being co-ordinated by Dr.Suzanne Lommen, who works at the institute of Biology in Leiden (where knotweed was first introduced by Siebold).

If the leaf fleas can establish themselves and spread, it is possible that that can limit or indeed stop the growth of the knotweed - which would be a cheap and environmentally effective means of control.  It is thought that the leaf fleas present no threat to native insects / plant life.

Scientists from Centre for Agriculture and Bioscience International (CABI) in Egham, UK, are working with Leiden University to work on two possible biological controls – the sap-sucking psyllid Aphalara itadori and also the leaf spot fungus Mycosphaerella polygonicuspidati – hopefully to manage the Japanese knotweed. 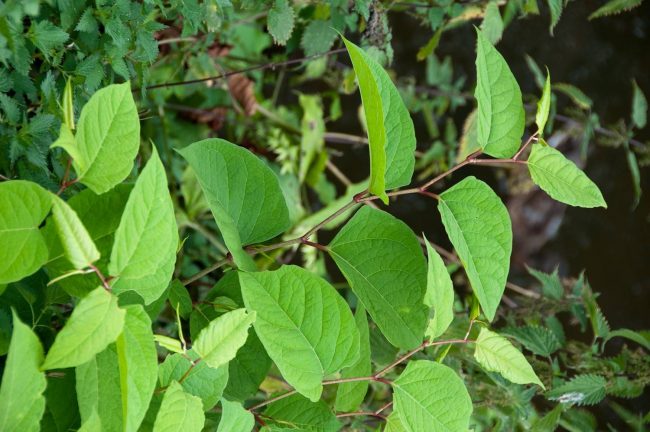 If this does indeed work on the Japanese knotweed I will be a happy early customer. It grows in my garden and each year I treat it harshly, even tried covering it with black agricultural plastic. It still survives. We may not dispose of it in the containers for fruit, vegetable and garden matter for the council to collect weekly. Burning in drums in your own garden is also prohibited here where I live. So it is a big problem. I do wonder though what those aphids will do when all the knotweed has gone…. What will they then turn to?