Woodland and hedgerow plants : the foxglove 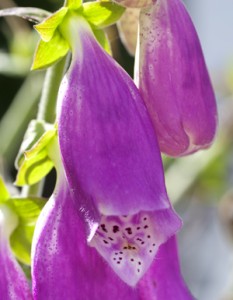 Whilst Foxgloves are familiar as plants found in cottage gardens, they are also widespread in woodlands and hedgerows. They may be particularly obvious in woodland clearings or areas where coppicing or felling has taken place as they can readily colonise disturbed ground.  If flowering, the foxglove is recognisable by its tall ‘spike’ of pink to purple flowers. The plants are biennial, existing as a rosette of leaves in the first year and then producing the flowering shoot in the second.  The leaves are rather soft to the touch, and downy due many small hairs on their surfaces (see images below).

Foxgloves are favoured by bumblebees which ‘disappear’ into their tubular flowers in search of nectar.  The flowers, which hang downwards, have a wide ‘mouth’ [often with hairs] and provide a ‘landing stage’ for visiting insects.  The ‘hairy entrance’ of the tube usually has a number of darker, distinctive spots.  These spots and colour variations are nectar guides’, they help attract pollinators and guide them towards the nectar.  The eyes of insects, like bees, bumblebees and hover flies, are not like ours; they have compound eyes. Each eye is composed of many smaller visual units called ommatidia. The light sensitive cells within these are particularly sensitive to ultra-violet, blue and green wavelengths of light. So flowers look quite different to a bee or butterfly than they do us, because of the insect’s sensitivity to ultra-violet light.   This link (click here) shows how a flower might appear to a bee or butterfly. 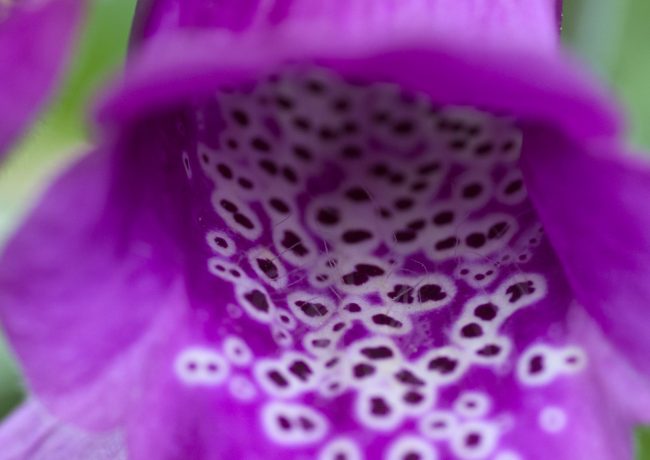 The flowers also exhibit protandry.  That is to say, the stamens mature and release pollen before the female parts (style and stigma) are receptive to pollen. Thus, pollen from one flower is very unlikely to pollination the same flower or others of similar maturity on the same plant. Protandry is a mechanism that favours cross pollination, reducing the risk of inbreeding and promotes / releases genetic variation. 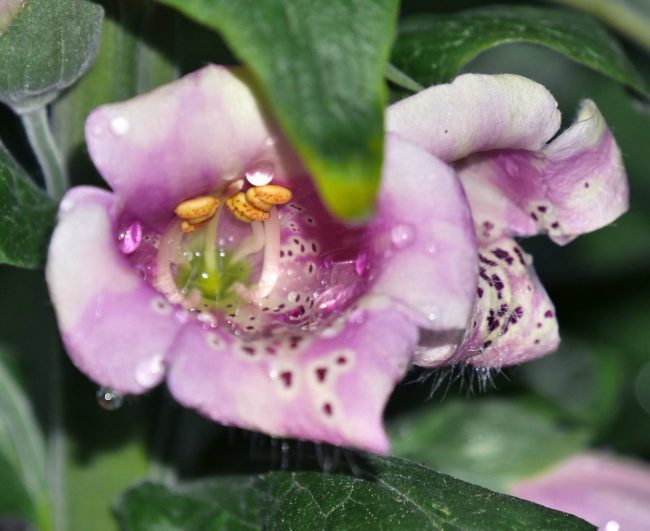 The foxglove has the scientific name Digitalis purpurea.  The Digitalis part of the name refers to a finger (latin:digitus); the flower does look a bit like the 'finger of a glove’.  The purpurea part of the name relates to the colour of the flower. The common name ‘foxglove’ is probably associated with Leonhard Fuchs, the sixteenth century German physician and botanist. The German for fox is fuchs. Fuchs published a herbal about the medical uses of different plants.

All parts of the foxglove are toxic and should not be eaten.  However, the plant has been used medically as a source of digitoxin - a phytosteroid.  Digitoxin is a cardiac glycoside. which, in controlled amounts, acts as a heart stimulant. Its use was advocated by Dr. William Withering , who in 1785  published "An account of the foxglove and some of its medical uses; with practical remarks on the dropsy, and some other diseases”.  Dropsy was the term used to describe the accumulation of fluid in the body, particularly causing swelling / puffiness of the legs. 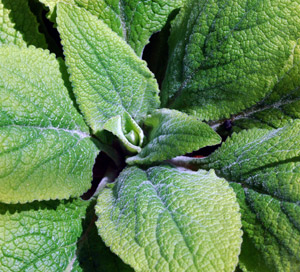 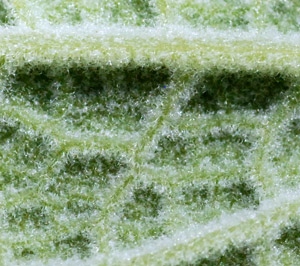