You are here: Home > Blog > Flora & Fauna > Woodland and hedgerow plants – the primrose.

Woodland and hedgerow plants – the primrose. ~ by blogs at woodlands 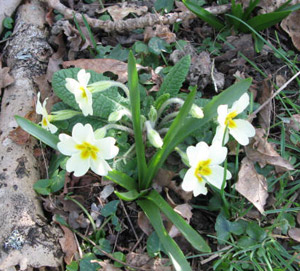 Primroses were said to be the favourite flower of Benjamin Disraeli, indeed he wrote of them that he liked primroses so much better for their being wild “they seem an offering from the fauns and dryads of the woods”.  On his death, Queen Victoria sent a wreath of primroses to his funeral with a note ‘his favourite flower’ (though it is not clear whether this referenced Disraeli or her late husband - Albert).

Primroses are generally regarded as the harbingers of Spring, indeed the name Primrose comes from the latin for first rose - Prima Rosa. In different parts of the country, the primrose sometimes has other names such ‘Easter Rose’, ‘Lent Rose’ and ‘Early Rose’.  Its scientific name is Primula vulgaris.   The primrose is not the only member of the genus Primula.  There are other species, for example :-

(The latter is a cross  between the primrose and the cowslip.) 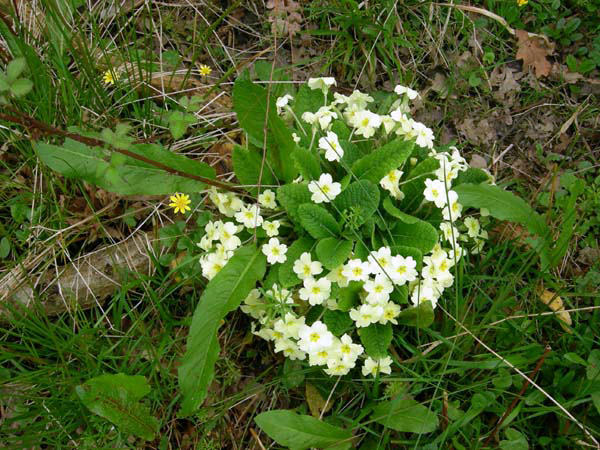 Primroses are typically found in woodland clearings and beneath hedgerows.   They thrive in damp shade in a number of situations. The primrose is a native plant and is found across the four nations of the UK. The distribution of the primrose has not changed markedly over recent decades,  though woodland populations in East Anglia have declined probably due to the hot, dry summers that have occurred since the 1970’s.  This suggests that climate change (warming) might place primroses at some risk, though loss of habitat is also a factor. 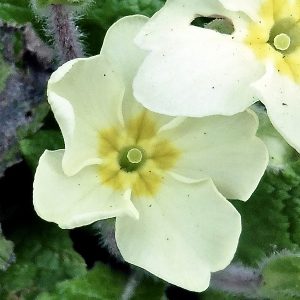 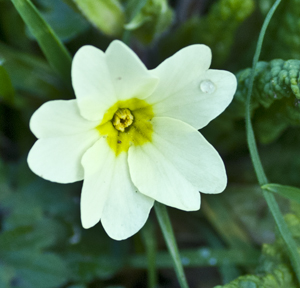 Primroses are important in that they provide an early source of nectar and pollen for bumblebees, bees and other pollinators They also offer food for caterpillars of several moth species.

The flowers are borne singly on a stalk above a rosette of rather wrinkled leaves.  They are usually pale yellow (with green veins), but there is considerable variation in the colour (and size) of the flowers.  Native / wild plants can produce flowers ranging from a pale cream colour to a much deeper yellow.  Occasionally, pink or white flowers are seen. The plants are perennials, reproduce sexually and produce seed. 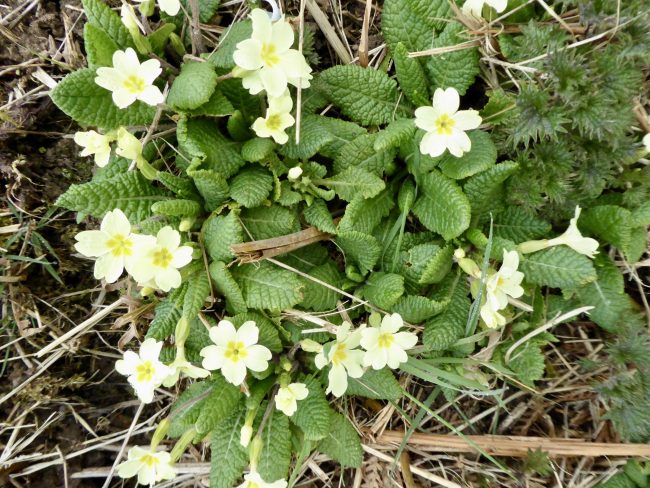 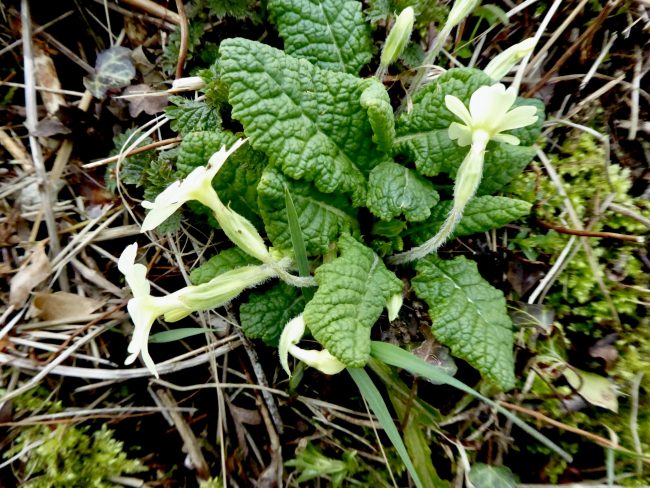 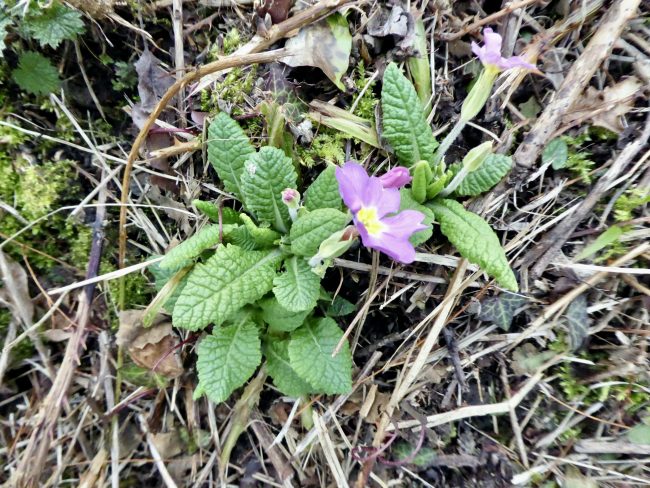 This talks about pin and thrum eyed forms – as a mechanism to promote outbreeding.

It would have been interesting to have had a little piece about the two types of primrose, thrum-eyed and pin-eyed and why they occur. Any offers?