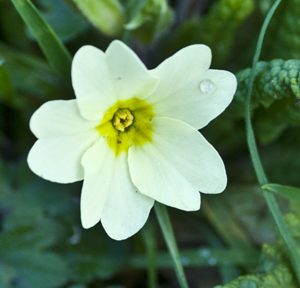 Mediaeval scholars used to refer to the primrose as ‘prima rosa’ or the first rose of the year.  The term ‘first rose’ is a misnomer as the primrose does not belong to the Rose family, but to the Primulaceae - a family that includes some 68 plant genera.  The common primrose is of botanical interest as its flowers occur in two forms - a phenomenon known as heterostyly or dimorphism.

The two forms of the flower are known as pin and thrum eyed forms.  In the thrum eyed flower,  the long stamens are visible (see featured image above) and the short stigma lies below them; whereas in the pin eyed flower the stigma projects above the shorter stamens (see image below).

The pin and thrum forms of the primrose flowers were described by Charles Darwin, back in the 1860’s.  He also observed that the pollen from the pin flowers was smaller than that produced by the thrum flowers. 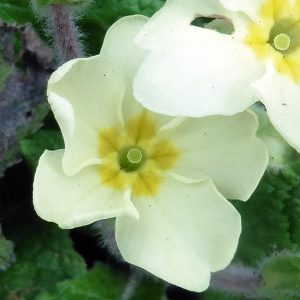 He carried out breeding experiments with the different primroses [crossing thrum with thrum, thrum (male) with pin, pin (male) with thrum and pin with pin].  He found that crosses between the different flower types were more fertile than those between flowers of the same type.

The different anatomy of these two forms of the flowers helps ensure that visiting insects promote cross-pollination.  Cross pollination is a form of outbreeding.  Outbreeding promotes genetic variation, upon which natural selection can act.  Variation in a species is important as it allows a species to respond to changing environmental conditions.  Inbreeding leads to a loss of variation and an inability to adapt to change. 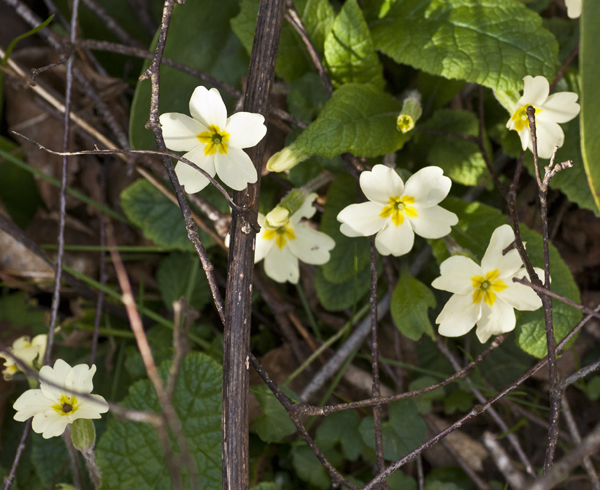 Thank you for this post. I’ve always wondered why they call it “primrose”. I think it is one of the most magnificent spring flowers, which embodies sunshine and light, and bring so much joy and hope. A true symbol of nature rebirth, isn’t it?