Ideas for woodcraft from nomadic peoples. ~ by Angus 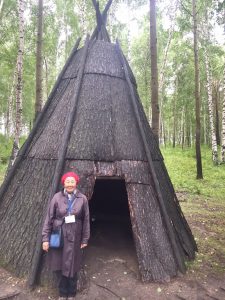 In Siberia, there are some indigenous peoples who continue to live as they have for hundreds or thousands of years.  One such is the Evenks, who are nomadic and live off reindeer (both domesticated and wild) and they build a teepee-shaped houses out of wood and cover it in skins.  When they move on they take the skins with them.  They also have other clever innovations with could provide inspiration for the British woodland owner, such as a “fridge” built high up so as to be out of reach of animals, and they have clever animal traps made with logs.  Some of these seem to be intended to crush the animal and others to trap it (images below).

One tradition they have is that instead of burning their dead or cremating them they leave them on high platforms so that the corpse can be eaten by birds.  This particular idea may be less useful to the British woodsman and might even be frowned upon, especially in the Home Counties.  The traditions of carving in birch have been retained by the Siberians and many birch gifts are available at stalls and shops for tourists.  The Evenks or Evenki are now mostly living in Russia and China and a few groups still maintain the old way of life. 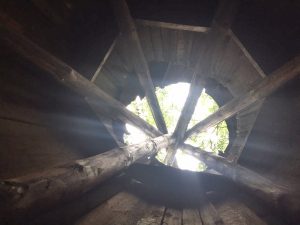 In Mongolia two out of three million people are nomadic, living in gers (yurts) and they have developed many ways of using timber.  The most important is to make the trellis-like walls for the ger which need to be strong and foldable but not so heavy that moving is difficult.  They also have roof slats and pillars to support the ring as the top which is used as a chimney and vent.  Typically a Mongolian will move his Ger four times each year.
Recent shortages of trees and the desire to increase tree-cover has caused the Mongolians to introduce laws which stop the nomads from cutting trees for firewood, though they can still use fallen branches. 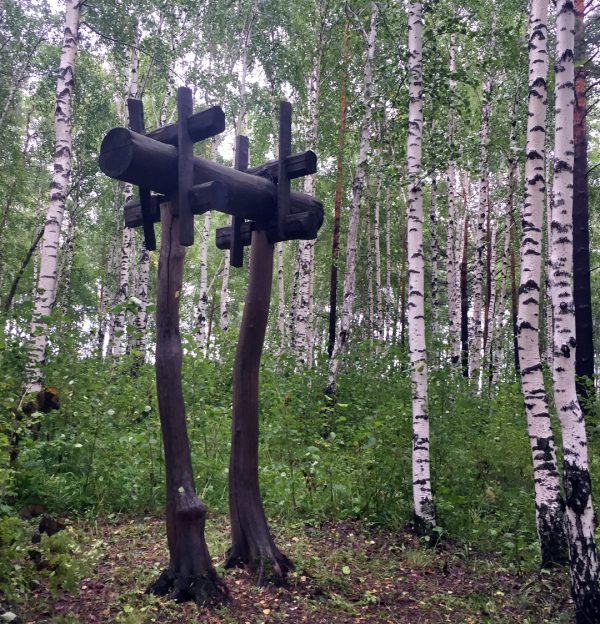 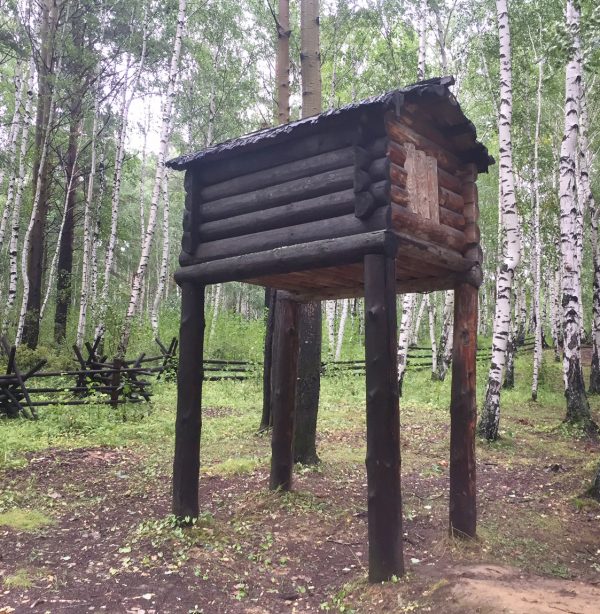 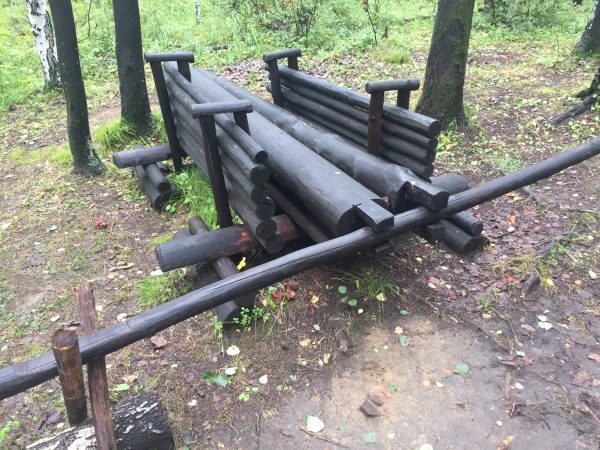 “One tradition they have is that instead of burning their dead or cremating them they leave them on high platforms so that the corpse can be eaten by birds.”
In Tibet, where wood is scarce, they have “sky burials”. The corpse is taken to a high, remote place and butchered before feeding to vultures. Each community has an “undertaker” trained in the methods and it is seen as just another job.
There’s a lot to learn for ancient cultures, but not recommending this one….
https://en.wikipedia.org/wiki/Sky_burial

I liked the Mongol people I met when I crossed Siberia into China; they are like the natives of North America, the first inhabitants of my favourite landscape in the world.