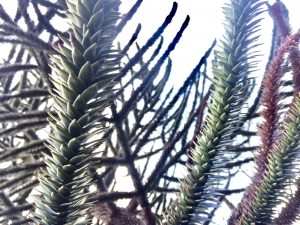 Not only is it a long lived tree (with a life span of a thousand plus years) but the species has been around for a long time (in excess of 200 million years).  It is sometimes described as a “living fossil”. A tree can grow to a considerable height - towards 150 feet with a trunk diameter of some five feet.

Like most conifers, it has evergreen leaves and forms cones.  The leaves are ‘tough’ and live for many years (20+), and have a distinctive triangular shape (about 3cm wide at the base and up to 4cm long).  The leaf tips are quite prickly / sharp, offering some protection to the tree. 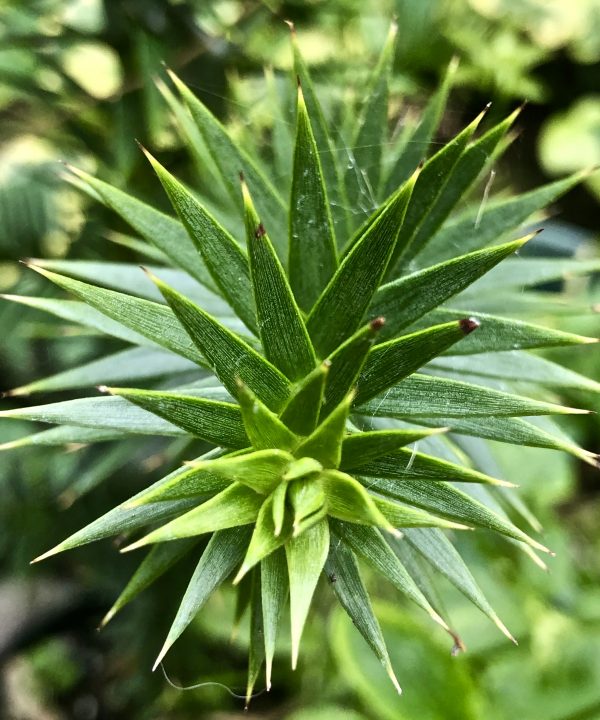 As the tree is dioecious, male and female cones are found on separate trees.  The male cones shed their pollen and it is carried on the wind to the larger, globose female cones, which, when fertilised and mature, may contain a hundred or more seeds.    However, a tree does not produce seed until is thirty or more years old.  The seeds are known as piñones and are edible; they are collected / harvested by indigenous peoples.  In its native habitat, the tree’s seeds are dispersed by the long haired grass mouse, which buries the seeds.  Like oak and beech, monkey puzzle trees have ‘mast years’.

The tree was valued for its long, straight trunk.  Both logging and fires have contributed to a dwindling population and its’ status an ‘endangered species’. 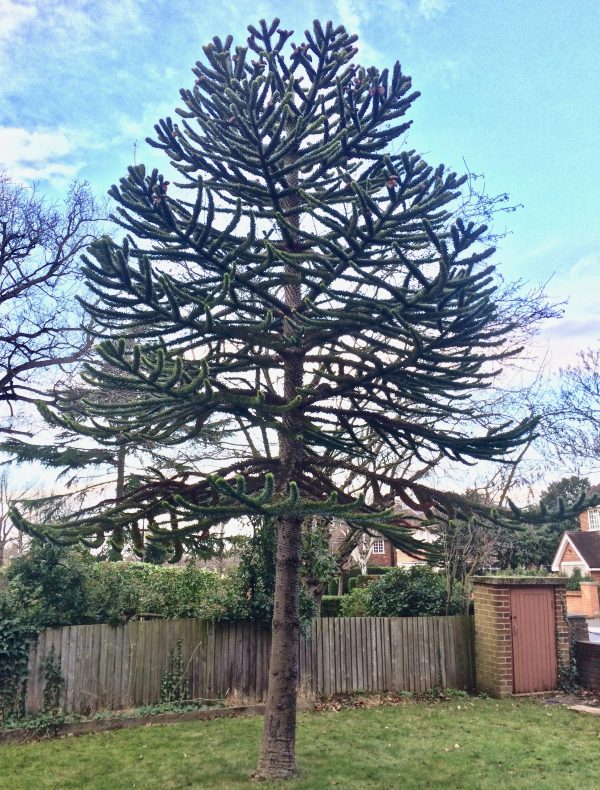 An astonishing tree, but hardly attractive. When performing tree surgery on them, or felling, you will find the spines on the leaves and bark to be painful, so wear your gloves throughout, including of course when loading / unloading. The resin is extraordinary in amount and stickiness, and will do your saw no good. If you get around to burning logs, you’ll find the wood burns fast and with a dirty, sooty flame.