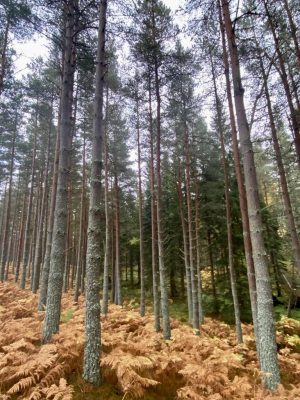 The woodland’s blog has reported on various tree planting initiatives, particularly that presented by the CCC (Committee on Climate change).  This Committee has called for some 1.5 billion new trees to be planted by 2050.   This would require approximately 30,000 hectares of land to be planted each year.  If this were to happen, it would increase Britain’s forest / woodland cover from 13% to 19%; probably the highest level since Roman times.  Sir Harry Studholme, the outgoing chairman of the Forestry Commission has said that such a target is achievable but has urged caution so that mistakes of the past are not repeated.

The 1970s and 1980s saw the intensive planting of vast areas of sitka spruce in parts of the Highlands, and in the Flow Country.  The latter was noted for its peat bogs - which now have much greater recognition in terms of carbon sequestration. Sir Harry has also said that it will be more difficult to achieve the levels of planting reached in the 1970s as this was encouraged through generous tax breaks, and using ‘cheap land’.  Much of this cheap land was in fact scenic upland and ecologically significant peat bogs and moorland.  Peat locks up large amounts of carbon.  If peat dries out, then it degrades and contributes to GHG (greenhouse gas) emissions. 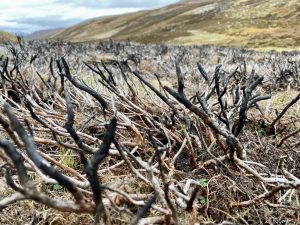 The Natural Capital Committee (NCC) has warned that planting trees in peat / moorland would be a bad move.  Similarly, using upland areas for tree planting would have a significant affect on the UK's ability to produce meat - leading to increased imports, unless there was an associated significant reduction in red meat consumption.  So, where is the land for tree planting to come ?   Using prime agricultural land not only would impact on crop production but would be expensive.  Taking fertile, agricultural land out of food production could be problematic in a post-Brexit era. Increasing the number of trees in urban and sub-urban areas is relatively uncontentious, indeed popular but there is a problem in how to substantially increase woodland and forest cover.

Then there is a problem of "what to plant ?"  The fast growing conifers that have been planted in the recent past have been used for fuel, timber for construction, fencing,  pallets, paper and packaging.  So whilst the trees locked away carbon (carbon sequestration through photosynthesis), with the exception of the timber use in construction - the carbon has only been 'locked away' for a limited period.  Fencing, pallets, packaging and paper have a limited life span before they degrade.  Planting more of such conifers will not address the issue of climate change.  Also, various organisations such as the RSPB have expressed concern about the impact of homogenous plantations on wildlife. 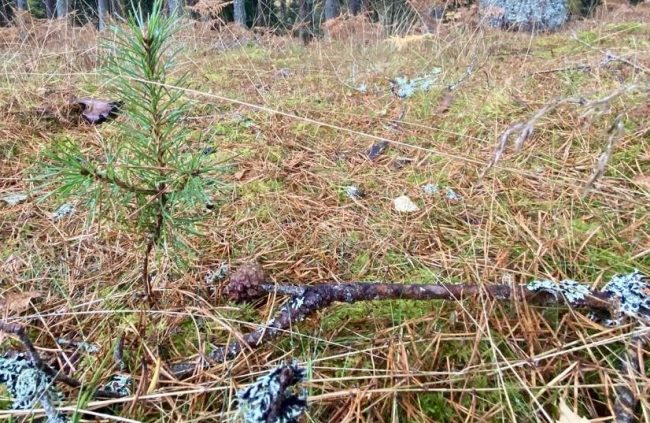 Charities such as the Friends of the Earth and the Woodland Trust are campaigning for more new trees – particularly broadleaved native woodland but it may be that 'exotic' and non-native species may be better suited to the changing climate of the UK and the spread of disease.  It is likely that a mix of species will be required to create resilient mixed species woodlands / plantations in an age of climate change and 'new' tree diseases.  Carefully chosen conifers or ‘exotic’ species (perhaps black walnut?) may grow quicker and consequently sequester more carbon, which is critical in terms of meeting the challenge of climate change. 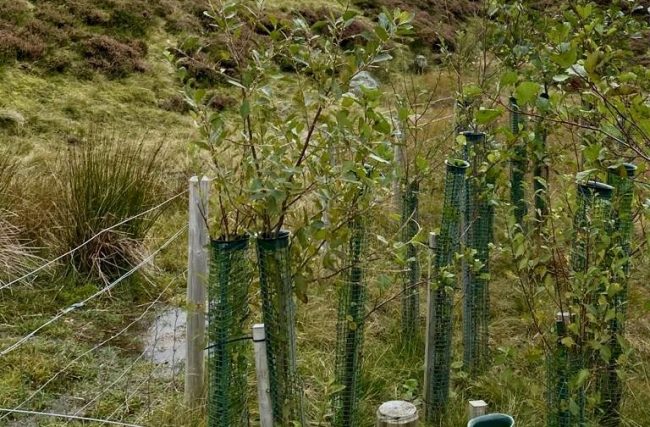 Planting considerations must include the mix of tree species in relation to factors such as the land, the soil, the topography and regional conditions.  Other factors might include factoring in how grey squirrels and / or deer could impact new planting, and whether or not to use plastic tree guards around the young trees.  Whilst we cannot recreate our ancient woodlands, we can ensure that the new wooded areas are not the eyesores on the landscape that the plantations of the last century created, nor subject to clear felling for the production of wood fuel or short lived consumable products.

There should be a consideration to widen hedgerows and plant trees in amongst them. Also using and introducing scrub to plant young trees into will protect them from deer amongst other things and reduce the amount of plastic protection covers which don’t biodegrade as easily as originally thought.

Not planting so close together and thinking more of the bigger picture including natural corridors to plant some trees into would be helpful I believe. The principles shared in Rewilding by Isabella Tree are an eye opener and a very good read.