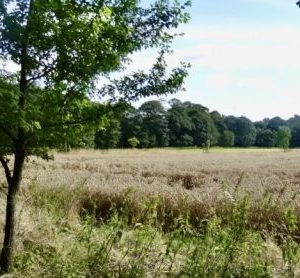 A major factor controlling the population of pollinators (bees, bumblebees and hover flies) is the availability of nectar bearing flowers.  When and where nectar-bearing flowers are to be found is important.   A recent study  (Timberlake et al at Bristol Uni) looked at the availability of nectar and pollen supply and the colony density of buff tailed bumblebee [Bombus terrestris] colonies - by studying the different resources available on twelve farms in South West England.

END_OF_DOCUMENT_TOKEN_TO_BE_REPLACED 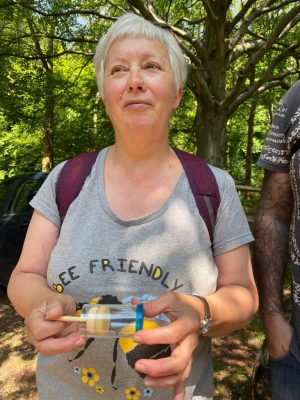 Gill Perkins is one of those people you can't help liking - there's a smile in her voice when she speaks and we found her to be generous with her time and knowledge.  She arrived early for our woodland meeting and had come equipped - a small plastic tube with a plunger (costing about £5) allows her to catch bumblebees as they graze on flowers and she can trap them for long enough to tell us that "this one's a queen of the buff-tailed type and you can see she's very freshly minted as her wings are so undamaged ... a lovely specimen ...".    She releases the bee and it seems quite unphased as it quickly goes back to collecting nectar. Gill loves to get out into the woods and see the bees first-hand - most of the rest of the time she's in her office with the 40 or so staff employed by the Bumblebee Conservation Trust, and despite being the Trust's CEO she's often teaching groups about bumblebees and working with various sponsors including a big housebuilder and a big London law firm. END_OF_DOCUMENT_TOKEN_TO_BE_REPLACED 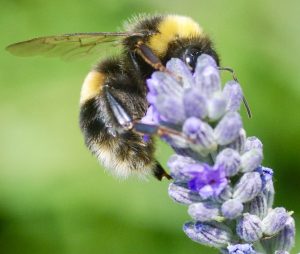 Urban areas are now important habitats for bees, bumblebees and other pollinators as the world becomes increasingly urbanised, and patterns of land management have changed over the last century - with vast swathes of monocultures.  Urban areas can offer a much greater selection of plant species.  Cities can offer diversity to both long tongued and short tongued bumblebees (specialists and generalists respectively) by offering a rich choice of flowering plants.   Specialist bumblebees have long tongues to probe deep into certain flowers, whereas short-tongued, generalist bumblebees can collect nectar / pollen from a variety of flowers. END_OF_DOCUMENT_TOKEN_TO_BE_REPLACED

Whilst it is sometimes possible to help hives / colonies of the ‘domesticated’ honeybee suffering from parasites / disease, ‘helping’ wild populations is a much more difficult proposition. END_OF_DOCUMENT_TOKEN_TO_BE_REPLACED 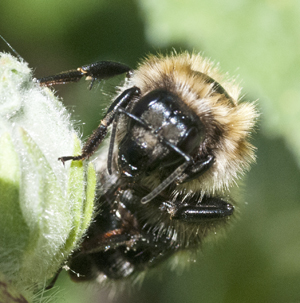 Some of our bumblebees

The woodland blog often reports on the state of our honeybees and bumblebees.

We are fortunate in that there are many useful sites dealing with the biology and identification of our bumblebees - here are a few :- END_OF_DOCUMENT_TOKEN_TO_BE_REPLACED 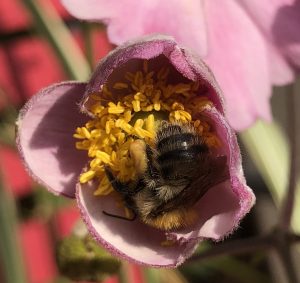 Researchers at Imperial College, London (Dr Andres Arce, Dr. Richard Gill et al) have been conducting field trials on the foraging behaviour of bumblebees and the effect of neonicotinoids.  As wild bees have a choice on where they feed, the researchers wanted to know if the bees could detect insecticides and learn to avoid them. END_OF_DOCUMENT_TOKEN_TO_BE_REPLACED 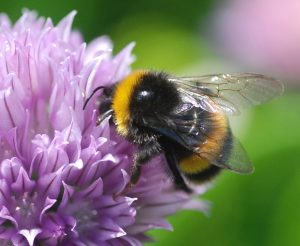 The yellow banded bumblebee (Bombus terricola) is a North American species of bumblebee.  It has been in decline across its range.  This bumblebee is now down to about 10% of its former numbers.   Recently, its genome has been sequenced at York University, Canada.  This genetic analysis shows that the bumblebees are inbreeding.  As bees become more inbred, the face difficulties in maintaining their population numbers.  As population become smaller, there is a greater risk of inbreeding.  Inbred bees have problems in terms of fertility.  Males can become infertile so that if they mate with a queen, there are no offspring or the queen may produce sterile males instead of worker bees. END_OF_DOCUMENT_TOKEN_TO_BE_REPLACED 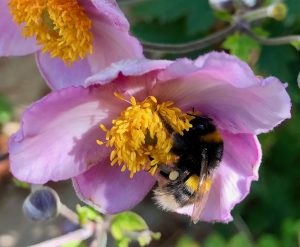 by Chris ~ 11 August, 2018 ~ Comments Off on Buzz pollination and bumblebees

Bumblebees are important pollinators; their bodies are often seen covered with pollen grains.   However, when visiting certain flowers they have a special mechanism for releasing the pollen grains from the anthers (the special sacs on the stamens).    This mechanism is known as sonication or buzz pollination.   When visiting flowers of the potato / tomato family (the Solanaceae) or blueberries, they land on the flower, use their mouth parts to hold onto a stamen and then use rapid contractions of their (thoracic)  flight muscles to make the stamen vibrate.  The effect of these vibrations is to allow the pollen to be released from the tube-like anthers from a pore or small slits (poricidal stamens). END_OF_DOCUMENT_TOKEN_TO_BE_REPLACED