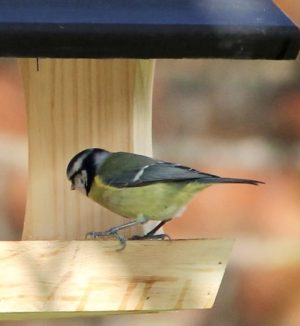 It is estimated that each year UK households spend some 250 million pounds on bird food.  This amounts to some 150,000 tonnes of suet pellets, fats balls, peanuts, sunflower seeds etc - on offer (in feeders of varying complexity*) in urban and sub-urban gardens.  These offerings are a marked contrast to the occasional kitchen scraps that were placed on home-made bird feeding tables some 50 years ago.

The question has recently been raised as to whether this is a good thing.  In 2019, research by the British Trust for Ornithology indicated that this provision of food can affect bird communities in the United Kingdom.   For example, species that rarely visited gardens in the past, have become common visitors. Now, researchers at Manchester Metropolitan University have suggested that these extensive offerings of food might be affecting the ecological balance between different species. 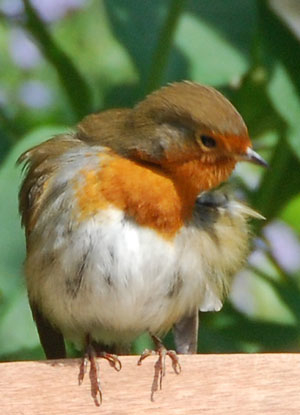 Blue tits and great tits are regular feeders in gardens, and they appear to benefit from this provision.  Blue tits tend to be be quite dominant in terms of their interactions with other birds - whether quarrelling over food or nest sites.  Consequently, species like willow tits and marsh tits tend to ‘lose out’ in such altercations.  Certainly, willow tits miss out to blue tits in the competition for nesting sites.  Another species affected is the pied flycatcher.  This is a summer visitor, spending the winter in West Africa.  It, too, is in competition with great tits for nesting sites.  The provision of food for resident bird populations may tip the balance against summer migrants, like the flycatcher.

The change in feeding patterns of some birds may of course be associated with the expansion of farming over the decades and the consequent loss of natural foods such as fruits, seeds, nuts and berries - from  hedgerow flowers and shrubs.  This may contribute to birds visiting gardens more often.

It may be that our desire to help garden wildlife needs more thought as to the type of ‘help’ that is offered.  This could involve allowing our roadside verges and gardens to be ‘wilder’, with

Consequently more natural resources would be available to birds and only in harsh times would supplementary materials be needed.

NB : it is essential that feeders are regularly cleaned so that disease is kept to a minimum [e.g. Trichomonosis  caused by the protozoan parasite Trichomonas gallinae] .

Remember later this month (28 - 30th January), there is the Big Garden Birdwatch, organised by the RSPB. For further information, click on the image below:- 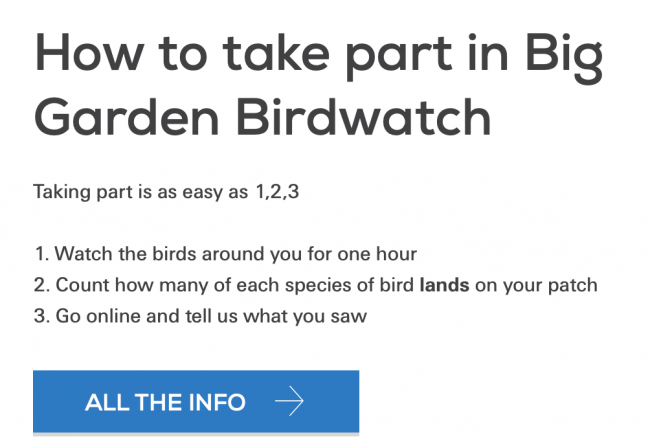 A footnote : As a species, we have not always been kind to birds.  A recent paper from Tel Aviv University details how humans have been responsible for the extinction of hundreds of birds species (over the last 50,000 years).  They have listed some 469 species of birds that have been lost, though the true number is probably considerably higher.   Many of these extinctions occurred in a short time frame and  were due to either :

Many of the extinct species shared a number of features :