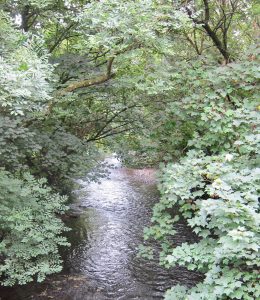 There are some 240,000 miles of streams and rivers throughout the UK.  Streams and rivers are sensitive habitats in terms of climate change, with cold water species being particularly at risk.  Researchers (Stephen Thomas) at Cardiff University have recorded significant reductions in insect numbers in the Rivers Wye, and Tywi, and indeed one local extinction -  these are associated with our changing climate.

Trees clearly offer shade to rivers and streams and this is important in mitigating the effects of high temperatures. As water warms so the level of dissolved oxygen falls. However, trees also help the resilience of these freshwater systems by the input of energy rich material - in the form of leaves.  It has been estimated that between 5 and 8 kg of leaf material falls into each metre of a woodland stream in the Autumn.   This is a significant input of biomass - which can support large insect populations, which, in turn, support / feed fish, river birds and even bats. 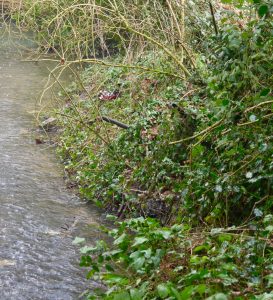 They measured the numbers of various insects and also brown trout in the streams and rivers.  Using particular isotopes of carbon and nitrogen, they estimated the compounds in their bodies that had originated in the leaf litter.

They found that whichever ecosystem they investigated, approximately half of the carbon in the river insects came from the surrounding riverside vegetation* - trees and shrubs, through leaf fall, as opposed to material with the stream / river.   The leaf litter / leaf fall was greatest (in terms of amount) in the deciduous woodlands and their streams supported much greater populations in insects and other organisms.

Trees are therefore important to rivers and streams in that they provide shade, which helps keep the water cool enough for the many species that live there, but it’s also because trees provide an important food source.  Trees help keep these fresh water ecosystems ‘strong” or resilient to adjust to climate change - particularly rising temperature; such resilience is sometimes referred to as robustness. This is quite encouraging as it suggests that we might be able to maintain biodiversity and maintain entire ecosystems by doing “something as simple as planting more trees in the right places”.

* A small stream running through a wooded catchment derives a lot of its energy input from litter shed by surrounding vegetation - this is known as an allochthonous input.  The importance of allochthonous inputs to ecosystems was recognised by studies such as the Hubbard Brook Project. 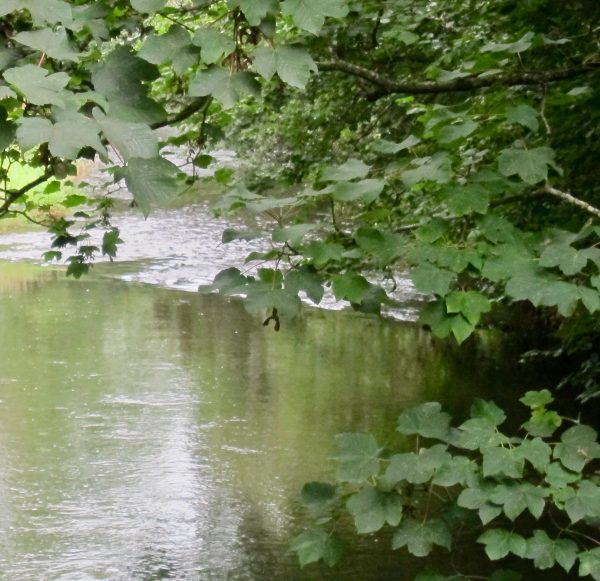