You are here: Home > Blog > Flora & Fauna > Wildlife and roadkill.

Wildlife and roadkill. ~ by Lewis 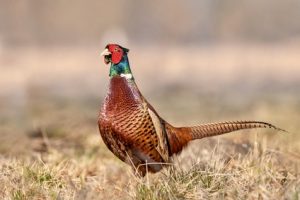 By 2016, some 36.7 million vehicles were registered for use on the roads of the U.K.   Whilst sound statistics are available on human deaths from car / vehicle accidents ,  there is less reliable information on roadkill - the number of various animals killed on our roads each year.  Some information can be found in government statistics (link opens a PDF file), which suggest that deer are the largest category of casualties - though foxes and badgers are not far behind.

Apart from the government stats, there are a number of other organisations like the People’s trust for endangered species (PTES) and Project Splatter that are trying to gather detailed information on roadkill, both have web sites and apps for recording details of roadkill.

Project Splatter collates data sent in by members of the public (citizen scientists) on the location of UK wildlife roadkill – birds, mammals, amphibians and reptiles.   At Cardiff University, these recordings of roadkill are turned into a grid reference and then Geographic Information Systems (GIS) are used to map the roadkill across the UK.   These data in the form of maps (and stats)  are then reported regularly to Twitter, Facebook and their website.  For example, in the week 25th September - 1st October Project Splatter reported that hedgehogs and pheasants were the species most commonly reported as killed on our roads.  It is possible that smaller animals, such as frogs and mice, are under-reported due to difficulty spotting or identifying their remains.

Pheasants are particularly at risk according to the research of Dr Joah Madden (at the University of Exeter), indeed the probability of pheasants being killed is approximately 12x  higher than their ‘share of the bird population’ would suggest.  Pheasants are not good fliers; they are mainly terrestrial (i.e. ground based), which helps explain their ‘over-representation’ in the roadkill. 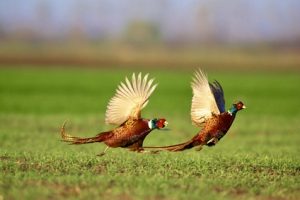 The timing of pheasant roadkill has changed over the years.  Back in the 1960s and 70s, most pheasants were killed (on the roads) in early summer - this corresponded broadly with the timing of their breeding season.  Now, pheasant roadkill peaks in Autumn - which may be associated with the release of captive-bred birds from their pens.

Some 35+ million birds are bred (each year) for the shooting industry.   Such birds have little experience of living ‘wild’ - they are not reared with adults and have little chance to learn or gain experience of different conditions (and they have quite small brains).   However, the actual proportion of pheasants being lost to roadkill is not dis-similar to that 50 years ago which may be due to the efforts of gamekeepers to keep the birds away from roads and the distribution of food for the birds.

The PTES app ‘Mammals on roads’ can be found here (for IOS)  or here (for Android) .

It is awful – can we at least put tunnels under new roads. Am less bothered about Pheasant as they are introduced in their millions to be blasted to bits by shotguns anyway but hedgehogs have survived for millions of years by rolling into a ball at the sign of danger, which protects them from horses hooves but not from cars and lorries.