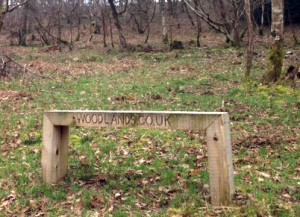 I love sitting quietly in a woodland, especially on a comfortable wooden bench.  Being still and silent in a wood allows you to feel closer to nature and nature gets closer to you: when you stop trampling through a wood the animals stop feeling threatened and they come out.  Birds and deer and even badgers will appear as you sit unmoving and comfortably on your home-made bench.   If sited carefully, you might also be able to enjoy a panoramic view from your woodland bench.

A group of us recently decided to have a bench-making competition and four different benches were produced during the afternoon.  The prize was a bottle of vintage port and the rules were simple - you had two hours to finish and you had to use materials found in the woods in combination with thick boards that had been previously milled in the woodland.  These boards were cut from scots pine and milled with a chainsaw mill - a device which allows you to use a chainsaw to slice a trunk into planks.  You can see some chainsaw planking here in a woodland using a logosol chainsaw mill:

One of our group made a bench using three logs for the feet which he'd found nearby - this allowed him to create two bays to his bench so that people seated weren't in a straight line but could talk to each other more easily.  The structure also makes the bench hard to tip over, so he'd created a bench that was long-lasting and very stable. 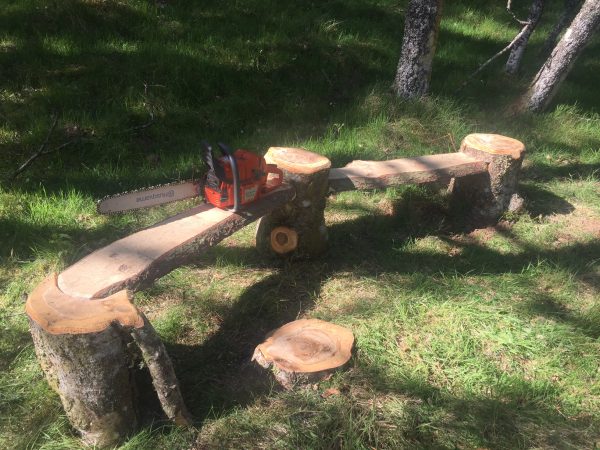 Another of our competitors was keen to have something he could carry to a beauty spot and dig into the ground which is why the picture shows it with very long legs - this one is versatile and can be carried almost anywhere, provided the ground is soft enough to dig it in. 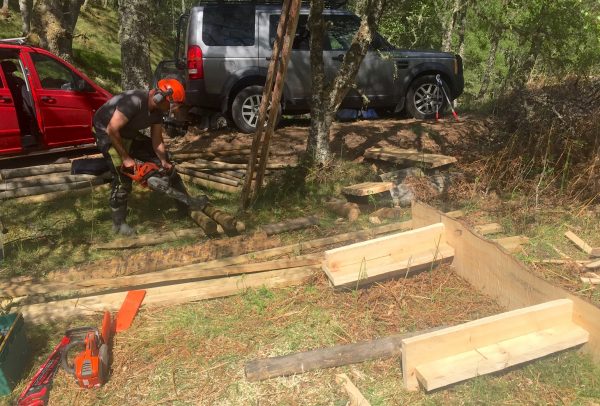 "" proclaimed the third of our seating experts;  he used his skills as a yachtsman to create a bench that would be suspended by ropes from a thick branch and could move gently in the breeze.  This didn't require any contact with the ground whatsoever and perhaps has the most potential as a "leave no trace" bench. 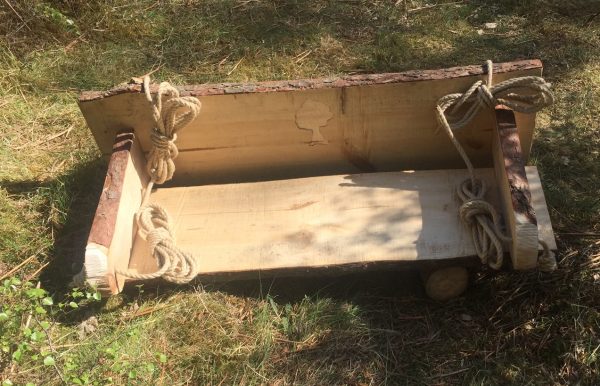 Finally we had a romantic bench-builder who created a bench with three hearts above it.  This construction is a bit inclined to tip over but he assured us that it would be fixed in front of a tree to give it stability. 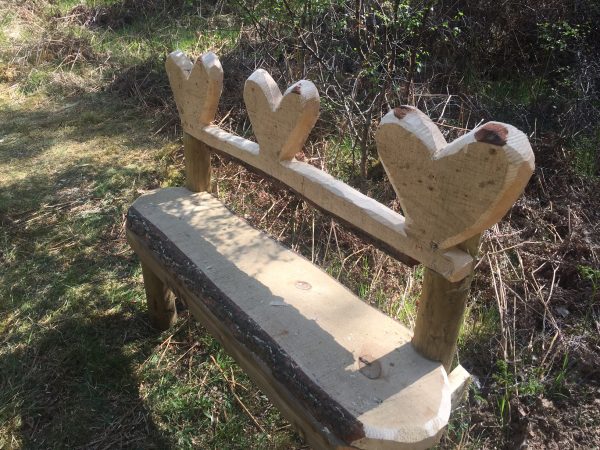 Which bench-maker would you give the prize to?

They are all nice and practical but my favourite is the last one, the hearts give back support too so you can relax whilst looking upwards to the tree canopy. Plus I’m a romantic.

They are all good, but the first one is the best for me. There is a naturalness about it that I like.

I would give it to the first one as I don’t think the last one could have been done in two hours without using a lot of power tools.
That also goes for the swinging one .
The first one also has a little able in the middle for drinks etc.

Hi Bernie, I am glad you like the swing bench. It was carved out of a single piece of wood. The rope is 12mm polyhemp made off with an admiralty stopper knot at each end. The arms are morticed into the backrest with a 10cm long lug continuing out the rear which the rear ropes pass through. The tree motif was routed onsite using a cordless Dremel with a router attachment. Now I just need a nice tree to hang it from.

Excellent really like swing one.
What are design details?