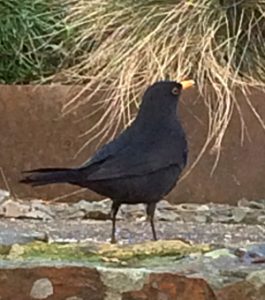 Since 1979, people have been watching the birds in their garden or local park for an hour as part of the Big Garden Birdwatch, and telling the organisers (RSPB) what they have  seen.  The Big Garden Birdwatch has been running for some 37 years and has provided a mass of data on the bird populations of the U.K.   The data gathered give an insight into how our wildlife is faring.  The RSPB’s Big Garden Birdwatch takes place this weekend (28 - 30 January, 2017).  If you would like to take part, visit the RSPB's website e.g.  www.rspb.org.uk (links to a pdf file).

During the course of the hour, you are asked to record the highest number of each bird species in your garden / park.  The birds to look for are : blackbird, blue tit, carrion crow, chaffinch, coal tit, collared dove, dunnock, feral pigeon, gold finch, great tit, green finch, house sparrow, jackdaw, long tailed tit, magpie, robin, song thrush, starling, wood pigeon and wren.   Each of these birds is described in detail (with photos) on the RSPB website : eg.woodpigeon

We now know that (through the Big Garden Birdwatch) since 1979 that the starling population (in our gardens) has declined by 81%,  and also that song thrush numbers have fallen by around 70%. The Birdwatch also told us that in 2016, the long-tailed tit arrived in the top 10 of garden visitors following a mild winter – up by 44% from 2015. The top 5 garden visitors in England last year were 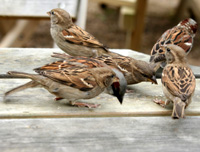 Originally, the Big Garden Birdwatch was just a bird survey, but it now also asks about other wildlife (e.g. hedgehogs, foxes) that visit peoples’ gardens. 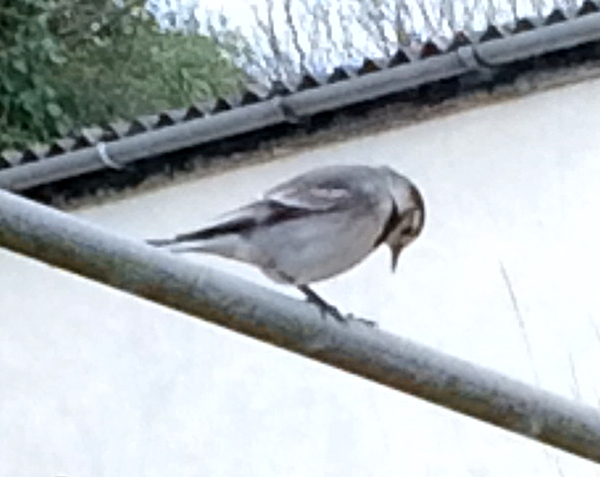 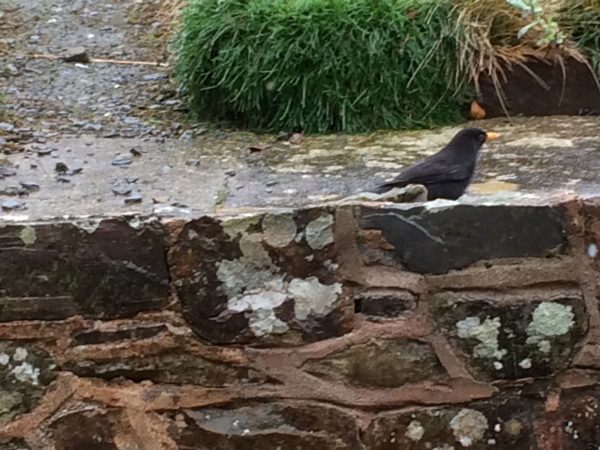 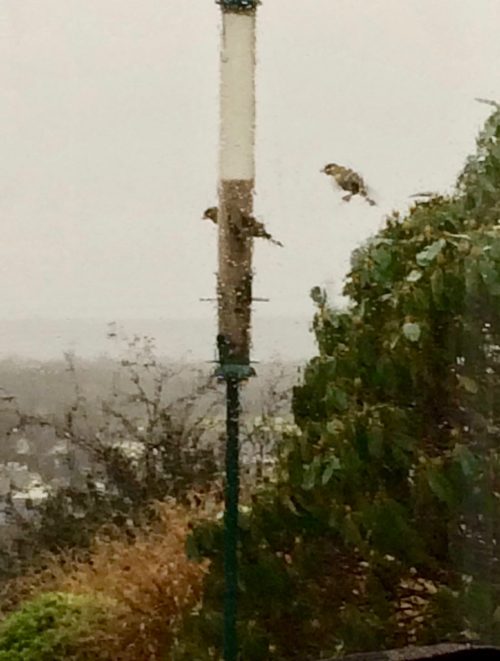 Battling through the rain

(Thanks to Pam Symons for jpgs of birds in her garden.)