You are here: Home > Blog > Community use > Small Woods Association – a nunnery or a hothouse?

Small Woods Association – a nunnery or a hothouse? ~ by Angus 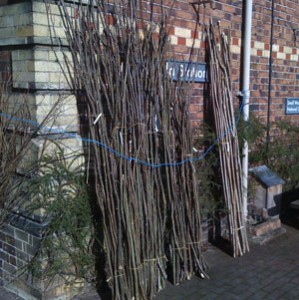 The Small Woods Association is a remarkable organisation with three unusual women at the core of it - Jude Walker, its CEO, Angle Pollard who runs their social forestry programme and Diane Wood - the SWA treasurer. For those who notice these things, it's interesting that that their surnames are all related to woodlands and what they do - encouraging walking and pollarding in woods - an illustration of aptronyms perhaps (names which are very apt for the job they do). These women, along with Phil Tidey and their team at the Greenwood Centre, have built up the Small Woods Association into a very effective charity which has turnover of almost 3/4 million pounds and a clear objective of promoting sustainable conservation of small woodlands, but in recent years it has developed a particular emphasis on social forestry, meaning woodland projects with health and social objectives.

The SWA is based at Ironbridge, near Telford in Shropshire.  Many of their initiatives are in the Midlands and centre of the country, which is illustrated by their Heartwoods project. As Jude Walker explains: "this was a £1 million project over 4 years financed by European funding and topped up by the UK. It has helped to bring over 400 hectares of small woodland into management by providing advice and a management service designed for small woodlands.

SWA's Woodland Initiatives Network has helped provide information and networking to 120 different initiatives around the country since 1992, many of which help people from disadvantaged communities, including many NEETS (16-18 year-olds Not in Employment, Education or Training) and many of these woodland projects have established woodland-related apprenticeships.

One striking Small Woods project is called Venture Out and Angela Pollard calculates that it has helped almost 5,000 people, which is twice its original target. Venture Out particularly works with "sedentary and hard to reach" communities, and includes what she calls "camp fire therapy". This means listening and talking therapy in a woodland setting, often sitting around a campfire. This project is particularly for people with issues of mental or physical health and people who do not function well socially. Often these projects are helping those who have been referred by their GP, by mental health departments of health authorities, by school referrals or they are probationers: these projects often have exciting names such as "Amazon Women".

One tangible result of these social forestry programmes is a reduction in medication and tablets that participants need to take. I asked Angela Pollard which types of SWA social forestry programmes she feels are most cost effective and she singled out volunteer projects, which require only one supervisor for a group doing woodland work - some volunteer projects were part of SWA's Wye Wood project which included walking, coppice training and a social enterprise. 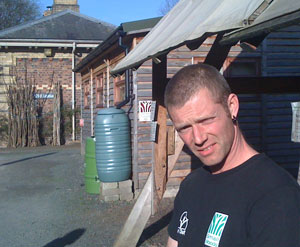 Branch Out is another SWA project and is based at a woodland belonging to woodlands.co.uk. This is targeted at the particular needs of BME groups (Black, Minority and Ethnic for those not used to the jargon). This is headed by Luke Neal who is managing the wood with the help of his "clients" and others, restoring the woodland and introducing a wider mix of deciduous trees including willow as this is a very wet location.

Membership and events of the Small Woods Association.

The Small Woods Association has almost 2,000 members, mostly individuals, and the members' services division is headed by Phil Tidey who organises a helpline about woodland issues and also various events around England and Wales. He is also joint editor with Nick Gibbs of the Small Woods magazine and runs a mentoring scheme so that owners of small woods can help each other. Phil attends woodfairs and forestry events for the Small Woods Association, including the APF show (Association of Professional Foresters) and the Weald Woodfair, and he is exploring ways of helping more people to visit small woodlands. The SWA works with many partners in organising events, such as Flora Locale, Confor (Confederation of Forest industries) and the Hampshire-based Sustainability Centre.

Activists for social forestry and promotion of traditional woodland crafts

Recent changes at SWA have been a new logo, revamped website, presence on Twitter and Facebook, and a hope by Jude Walker that the SWA members will be active supporters of their work as well as drawing services from the organisation. After my tour of the SWA Headquarters last week,  I realised that they are neither a nunnery nor a hothouse, but more a mix of a bushcraft training centre and a nest of activists for social forestry.