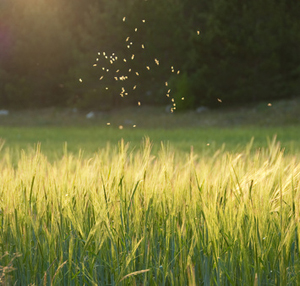 Most people are aware of midges.   Midges are those small, irritating flies that you encounter when camping or walking, particularly near lakes or freshwater systems.   The term ‘midge’ does not define a particular type of fly but it is a generic term and may include the following

The biting midges include some serious blood-sucking pests of animal and humans. For example, in recent years, blue tongue disease of sheep has been associated with certain species of biting midge. The highland midge, Culicodes impunctatus (Scotland) may account for some 90% of ‘attacks’ on humans. They also feed on cattle, sheep, deer, cats, dogs, rabbits and mice. Interestingly, it is the females that feed on blood as they need protein for egg production. The males feed on flowers  – if they feed at all.  This highland species completes its life cycle in wet boggy places. An excellent account of this species of midge may be found here (PDF download).

Keeping midges at bay can be difficult.   Using a repellant may be the answer.   The underlying chemical in most of these, DEET (Diethyltoluamide), is effective in repelling most insects.   The concentration used varies enormously, from 5% for children’s sprays to circa 30% and above for some of the Muskol products.  Some do not like using such products because of possible allergic reactions and concerns about toxicity.  There is useful advice at www.deet.com.   DEET should certainly be kept away from the eyes as it can be a strong irritant, and concerns have been expressed about use with children.

Whichever product you go with, follow the instructions on the packet.   Natural alternatives include lavender, patchouli, citronella and lemongrass essential oils.  These are mixed with a carrier oil such as almond.  Some creams are said to help by preventing the insects getting their mouthparts into your skin (Johnson’s baby oil and lemon cologne are said by some to work well).  Avon 'Skin-So-Soft' is claimed to work on a similar basis.   Interestingly, there is a website that gives information for travellers about 'scottish midges' : http://midgeforecast.co.uk/home.

Adult non-biting midges are winged flies (members of the true fly family or Diptera) that congregate in large numbers, forming visible swarms for mating. As they occur in large numbers, both the adult and larval stages of the insect are important food sources for fish, birds, dragonflies etc.   Except for the adult (flying) stage, all other stages [egg, larva and pupa] are aquatic. The larva of the insect has four stages or instars – during which it feeds and grows, shedding its exoskeleton in order to ‘expand’.   The exoskeleton is made of CHITIN. Chitin is a complex polysaccharide material that is resistant to degradation / decay. There are many hundreds of species of non-biting midge worldwide, each adapted for a specific habitat or nice. 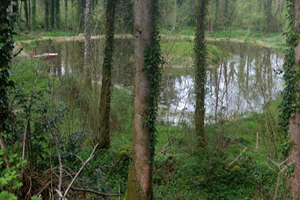 The variety of midges found in a lake or wetland area reveals much about the ecosystem. This diversity is now being used by research workers at the Open University as an index of climate change.   They are analysing cores taken from lakes in South America (mainly).

The cores contain the remains of midges – specifically their heavily chitinised headparts and feeding apparatus (the mandibles and mentum).   These structures persist in the sediments for many, many years and by examining them it is possible to identify which species were present in the past. Knowing which species of midge were present, and armed also with a knowledge of pollen, it is possible to reconstruct how vegetation (the flora) has changed over the decades / centuries and begin to have some understanding of the impact of climate change.

Further information on the work of the OU can be obtained through this link .

I use lavender oil on myself it even repels Scottish midges.

DEET is toxic to both cats and dogs. Do not use if you have pets. Permethrin, often used in dog collars and wood preservatives, is deadly to cats and a common cause of accidental cat poisoning. Better to use a natural product to repel insects such as Lemon Eucalyptus oil

We are lucky in that the midges that swarm here in May & early June are of the non-biting sort (Chironomid – the Lough Neagh fly). They swarm in huge numbers so if we can, we avoid visiting the Lough shore during this part of their life cycle.