The Box Moth – food, sex and death ~ by Angus 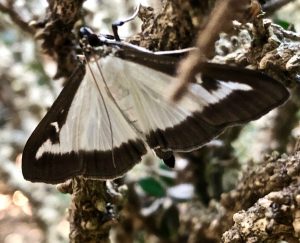 The box moth has recently been ravaging the box hedges of Britain.  Box hedges are like jam sandwiches to these hungry caterpillars and they are making gardens and woodlands unsightly and in some places they are putting at risk the survival of traditional hedging.  Surprising as it may seem, there is an organisation dedicated to promoting boxwood - the European Boxwood and Topiary Society which celebrates and protects ornamental gardens across Europe.

Box Moths (Cydalima perspectalis) come in two forms - the common variant and the darker melanic variant.  Like most animals, their main activities are eating and sex.  The eating is mainly done by the caterpillars which eat the box leaves and create a trail of cobwebs and leaf pellets - part of an affected box bush is shown below :- 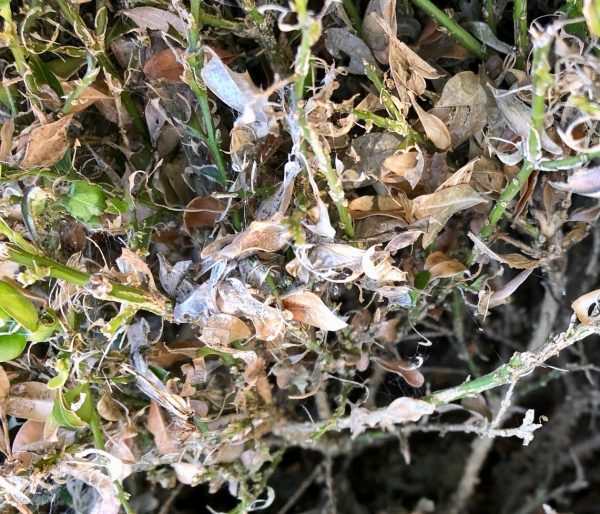 Part of a devastated Box Hedge

They come from eggs which have spent the winter wrapped in webbing between the leaves. The caterpillars come out in March when the weather warms up.  These are truly "hungry caterpillars" so if you want to save your box hedges you need to swing into action with deadly intent.

There are three ways to kill these beasties: 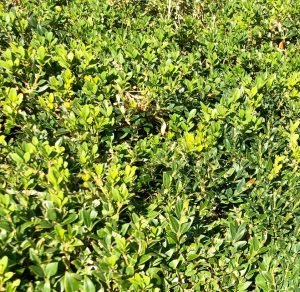 You can also reduce the numbers by catching the male moths with a Pheromone trap.  To a male moth, this smells like a female and the promise of sex - but once they are safely in the traps they cannot fertilise the females so this reduces the number of  fertilised eggs and therefore the number of caterpillars that emerge.

This box-blight is not a problem that will go away quickly because the boxwood moth has a wide range and it can travel 10km from its birthplace to lay its eggs.

However, the European Boxwood and Topiary Society begs you not to give up and they reassuringly point out that once you've got rid of the caterpillars the box plants will grow back. 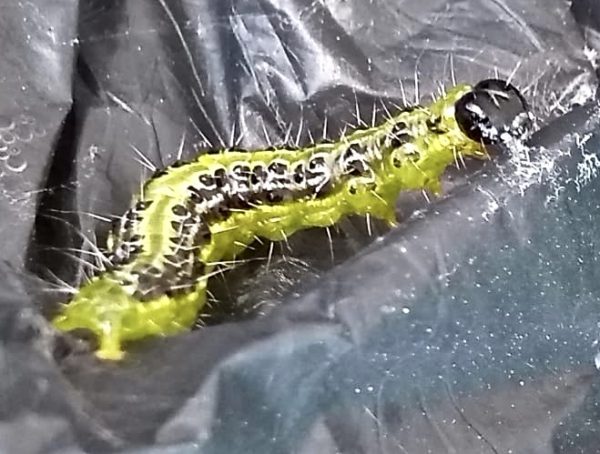