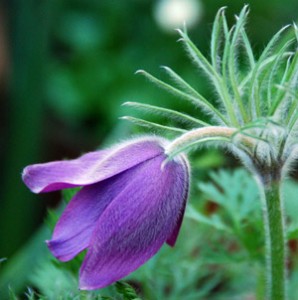 The pasqueflower is not a woodland plant, but more one of open grassland (on chalk or limestone), sometimes growing with upright brome and tor grass  However, it is a particularly beautiful and rare flower - having deep purple petals, that surround the many vibrant yellow stamens.  The flowers usually appear in mid-April when the daytime temperatures have risen into double figures; it is often associated with Easter, and is,  otherwise known as easter flower, meadow anemone or dane’s blood.   The flowering period of the pasqueflower is quite long, lasting for some 4 – 6 weeks.  The pasqueflower is a member of the 'buttercup' family - the Ranunculaceae, like the wood anemone and traveller's joy

The flowers are protogynous – that is the flower has a separate male and female phases, with the yellow stigmas (female structures) maturing first.  Protogyny, or indeed protandry, are mechanisms that some plants use to promote the exchange of pollen between different plants – i.e. cross-fertilisation / outbreeding .  The plant is covered with many silky hairs – these are present on the leaves, stem and flowers (see the various images in the gallery below). 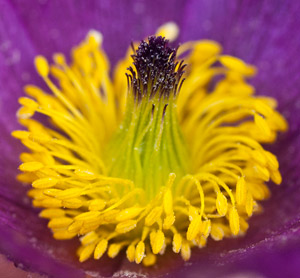 Pasqueflowers are long lived perennials that are generally found on south / southwest facing slopes (where they receive plenty of sun), banks or earthworks – particularly in / on (chalk) grassland, where the competition from other plants is limited.  It has a deep tap root, and a rhizome (an underground stem) from which new leaf 'rosettes' arise year on year.   The habitats for pasqueflowers (and other species) declined dramatically between 1750 and 1850 as many common lands / meadows / grasslands were enclosed and then ploughed up – for arable crops. These losses were described back in the C19th by the botanist Charles Babington, who said (in his Flora of Cambridgeshire, pub 1860) :

“Until recently most of the chalk district was open and covered with a beautiful coating of turf, profusely decorated with Anemone Pulsatilla (Pulsatilla vulgaris) ………   and other interesting plants. It is now converted into arable land, and its peculiar plants mostly confined to small waste spots by road-sides, pits, and the very few banks which are too steep for the plough.”   That is, the pasqueflower 'likes' to grow in undisturbed ground. 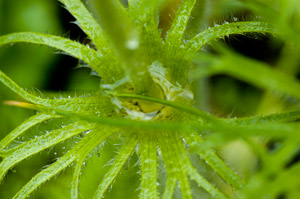 A more recent threat to the pasqueflower has been 'eutrophication of the soil'– that is, the overuse of nitrogenous fertilisers so that nitrogen-loving plants outgrow and overwhelm the grassland plants.  The pasqueflower benefits if grassland is maintained through grazing by sheep.

Though pasqueflowers have been recorded 19 of the Watsonian vice-counties, their distribution is now much more restricted ; being found mainly in eastern, south-eastern and western England.  A recent distribution map of Pulsatilla vulgaris may be found here.

Some attempts to reintroduce the pasqueflowers to particular areas have meet with failure due to grazing by rabbits though the introduction of winter sheep grazing at some of the larger sites for Pulsatilla has helped increase the number of plants.

The small size and separation of the different sites may represent another threat to the pasqueflowers – the loss of genetic diversity.  Populations of pasqueflowers could be ‘reconnected’ if various arable lands were allowed to revert to grassland – which might allow the plants to spread out over a wider area and encourage out-breeding and gene flow.

Some beautiful, close up images of the pasqueflower may be found at http://www.microscopy-uk.org.uk/ 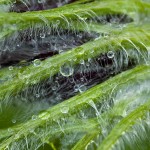 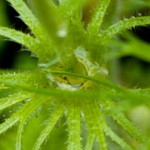 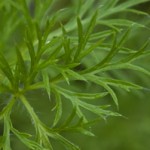 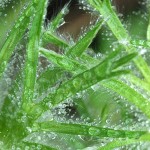 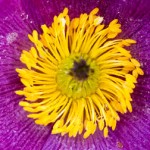 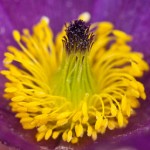 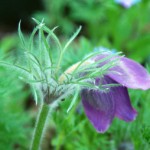 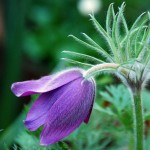 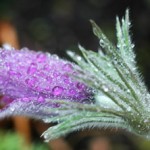 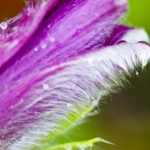 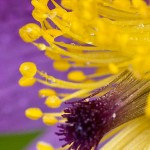 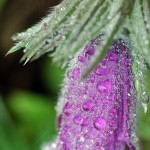 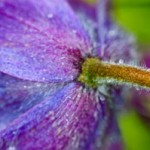 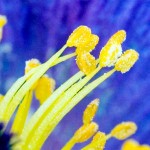 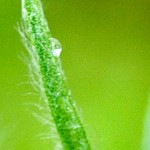 Lovely website. Unfortunately we humans so destructive of beauty for what sake?