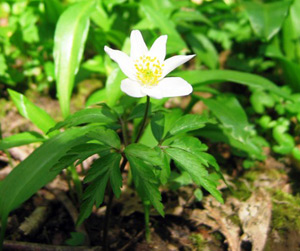 The official Latin name of the wood anemone is Anemone nemorosa but it is also known under many different and much more romantic sounding names – windflower, thimbleweed, wind crowfoot, smell fox or the helmet flower. These common names convey the affection in which this little woodland flower is thought of. This little perennial is referenced in many myths and legends including the anenome flower springing up where Aphrodite’s tears fell as she wept over the death of her lover, Adonis.

The flowers are predominantly white but the petals can be tinged with pink or purple tones with a red stem. A similar plant is the buttercup anemone which has yellow colouring. The underground creeping habit ensures colonisation of the woodland floor forming large clumps in shaded and damp areas. 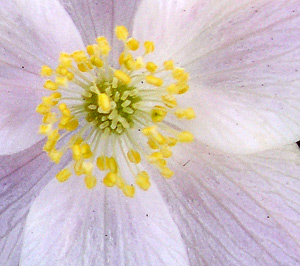 The wood anemone is one of the Ancient Woodland Indicators or AWI’s and can suggest your woodland site is defined as an ancient semi-natural woodland site. This means that it has been a wooded site for 400 years (since 1600). The presence of the wood anemone does not mean a woodland is as old as this for certain, but suggests a woodland has been around for many years due to the flower spreading at a slow rate using its root system as most of its seeds are infertile.  Flowers such as the wood anemone also thrive in later stages of woodland due to the settled nature of the flowers family community and therefore the more Ancient Woodland Indicators that are within a woodland  - the older it is likely to be.

In parts of Europe it is considered an unlucky flower as, along with other members of the buttercup family, it closes up in wet and cloudy weather and hides away at nightime. Folklore has it that the fairy folk would close up the flower and hide inside from the rain.  This reputation for misfortune may stem from the poisonous nature of the plant - dangerous to animals and humans if ingested. The Chinese call it the flower of death.

Flowering in early spring, the wood anemone is a herald of the new season along with primroses, lesser celandine and bluebells. The small rhizomes (knobbly roots) lie dormant under the ground throughout the winter awaiting the milder weather then break forth to reveal bright green foliage then pretty, delicate flowers which bloom between March and May before they are crowded out by more dense summer foliage. 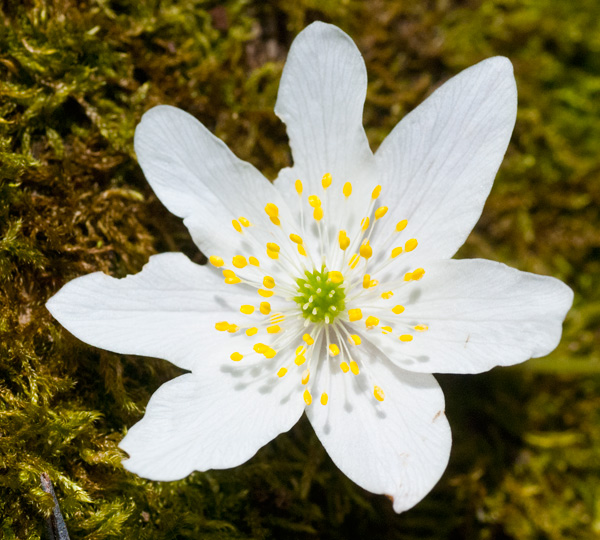 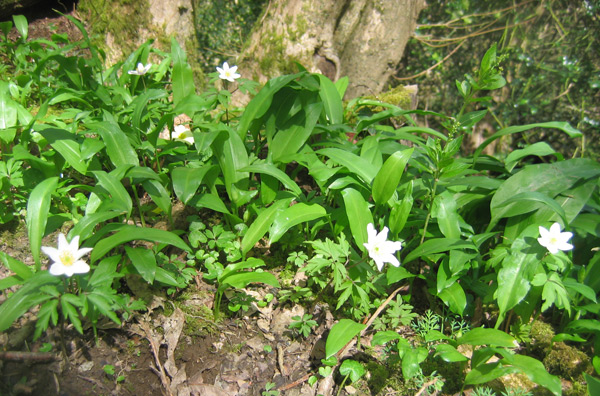 They make gorgeous flower wreaths, but require a thread for binding.

You can create your own (free) blog here : http://wordpress.com/
which would enable you to upload your own woodland photos and comments.

being new owners of our woodland of only a few months, it was a great delight seeing hundreds of these little flowers popping up everywhere, each time we visit, which is approx every week or two we see or hear something new, would love to post more pictures and articles on our life journey within our woods, but as I cant post on SWOG, maybe others here would know of other forums?

[…] Spring is late here in the Northern Hemisphere. That’s not the reason for my lateness in writing my monthly blog posts about a tree, a crop and a butterfly, but I’ll write those when I get chance. Meanwhile the plants are in no hurry. Here’s a slow-spreading, gorgeous spring flower which indicates ancient woods. Stuart at Woodlands.co.uk tells us about the wood anemone. […]

Wood anenomies | Science on the Land