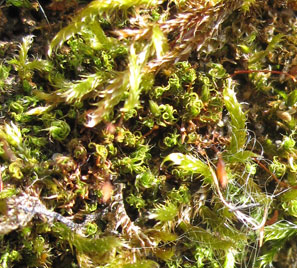 Nitrogen pollution, in the form of nitrates, ammonia and various oxides of nitrogen, is a threat to ecosystems, ecosystem services and biodiversity.   Monitoring and measuring such pollutants in rain and air borne particles is expensive and, ideally, needs frequent samples.

It has been estimated that some 400,000 tonnes of airborne pollution are deposited over Britain each year.  Research by Dr H Harmens et al at the Centre for Ecology and Hydrology (Bangor) has indicated that there may be a simpler and cheaper way of gauging nitrogen pollution  - through the assessment of the state of local moss populations.

Mosses may not be a dominant life form nowadays but they are still to be found in our hedgerows and woodlands, contributing to the diversity of life and offering micro-habitats for various insects and other invertebrates. Mosses are relatively simple land plants; they absorb water and nutrients over their leafy surface. If there is too much nitrogen around, then they quickly deteriorate.   Dr Harmens’ research indicates that samples of the last 3 years' growth (of certain mosses) can provide a good estimate of the yearly deposition of nitrogen compounds.  The aim of this work is to 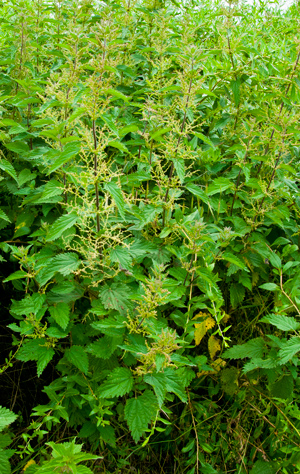 Back in the 1960's and 70's, we were rightly concerned with atmospheric pollution by sulphur dioxide and the formation of acid rain - which had dramatic effects on our lichen flora.  Now the concern is nitrogen pollution.  Nitrogen pollution in freshwater ecosystems is associated with eutrophication – an overgrowth of microscopic algae, resulting in oxygen depletion of the water and loss of species (as happened in some of the Norfolk Broads).  In terrestrial systems, some species flourish in a nitrogen-rich environment but many others are excluded.

Look at the roadsides , hedgerows, banks in country lanes next to intensively farmed fields – these were once populated by many different wild flowers; now they are the preserve of nettles and cow parsley - virtual 'monocultures'.  Studies by Dr Carly Stevens of Lancaster University have found that numerous species are adversely affected by increasing nitrogen deposition. 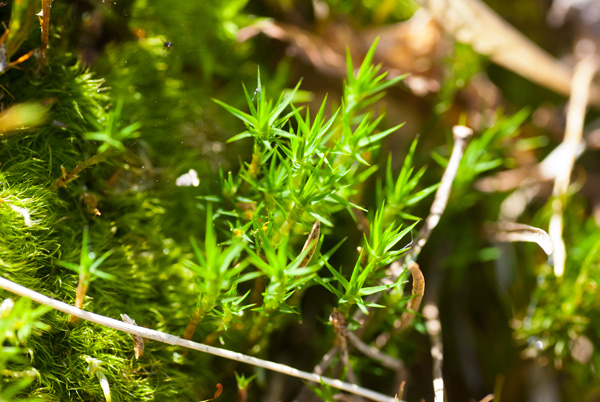 Wildflowers of the roadsides and verges, | Woodlands.co.uk
12 May, 2017

[…] eutrophication (‘enrichment’ of the environment with nitrates from fertilisers etc. which encourages ‘botanical thugs’ such as nettles […]

[…] Nitrogen pollution, in the form of nitrates, ammonia and various oxides of nitrogen, is a threat to ecosystems, ecosystem services and biodiversity.   Monitoring and measuring such pollutants in rain and air borne particles is expensive and,…  […]