You are here: Home > Blog > Flora & Fauna > Our changing wildlife.

Our changing wildlife. ~ by Lewis 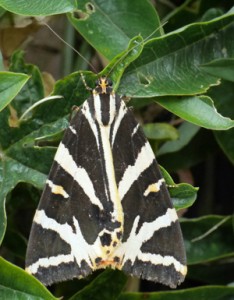 The records of many hundreds of ‘amateur biologists’ over some forty years have been analysed in depth by Dr Tom Oliver (Reading University) and Professor James Bullock (Centre for Ecology and Hydrology) to create a report on the state of our wildlife and how it has changed.  They analysed the records / data of some 4000 species - plant and animal, across the U.K.

It is clear that many species have not fared well in recent times.   Animals that provide 'ecosystem services' such as pollination and pest control have undergone significant declines - for example , bees, moths, hoverflies and butterflies.   This is also true for hedgehogs - whose numbers have dropped dramatically in recent times.  The annual Big Garden Birdwatch (this weekend) has revealed that the numbers of some species, such as starlings and song thrushes, have dropped by 70% or more.  The RSPB has suggested that the numbers recorded in gardens this weekend might be lower than in some years - but this would because there is more food available in the countryside, so that the birds are less reliant on feeding stations in gardens. Last December was not only one of the wettest on record, but also one of the warmest.

However, there is some good news in the case of the polecat (Mustela putorius); polecats belong to the weasel family.  If we travel back some hundred years, polecats were on the verge of extinction in the U.K., they were hunted down because of their appetite for chicken and certain game birds.  A few were left in Wales and the remote parts of Scotland.   However, recent surveys indicate they have moved into areas like Norfolk, Suffolk and Yorkshire - the recolonisation of England is underway.  Rather than being hunted, polecats are now legally protected so that their numbers are recovering and they are spreading across the country.   They do however face various threats - eg. dying after eating poisoned rats, being killed on the roads.