Plants, past and present – Part 1 ~ by Chris 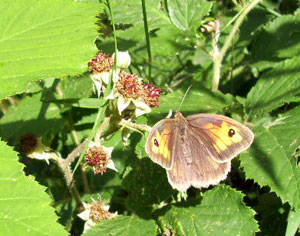 The last decade has included some of the warmest years on record.Last year, 2007, was the eighth warmest on record - being exceeded by 1998, 2005, 2003, 2002, 2004, 2006 and 2001.The signs of climate change are not only apparent in these physical measurements of temperature but also through observations of bud burst, first leaves and the arrival of migrant birds (the science of phenology). Such weather change, if it continues, will no doubt impact on the distribution of plants through the UK (and indeed Northern Europe); some species will be winners and other losers. But, how can we recognize / monitor these changes ?

The work of Victorian naturalists.

Fortunately, we know a lot about the distribution of many plants thanks to the energy, efforts and enthusiasm of botanists  and naturalists over many years.  In the nineteenth century, legions of botanists spread out over the UK collecting and recording the distribution of plants.  In order to systematise their work, the UK was divided into 112 vice counties (VC); it was devised by Hewett Watson 1804-1881.  This vice county system was based on the county boundaries at that time.

Since then country boundaries have changed or even disappeared but the botanical VC’s have remained unchanged. This enables scientists to compare past and present records of species, drawing up maps of their distribution then and now.  These maps show how some species have expanded their range, for example, the Oxford Ragwort whilst others have contracted.  For example, it is thought that certain 'woodland species' have a more restricted distribution now that coppicing is no longer so widely practised and many woodlands have become somewhat darker, with plants such as ivy and bramble becoming more common. 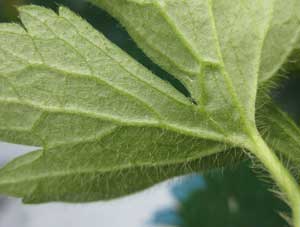 The Botanical Society of the British Isles & Field Studies Council.

Many of the national atlases and county floras are produced by the BSBI – the Botanical Society of the British Isles. The BSBI traces its origins back to 1836 and the Botanical Society of London.  It is an organization that welcomes both amateur and professional members.  Members, who pay a fee of £20 per annum , receive the BSBI newsletter and have access to help in the identification of plants through their network of county recorders and national referees.

For details of these courses which range from “Using a flora” and "Woodland plants” to “Identifying Scrophulariaceae and Lamiaceae” see http://www.field-studies-council.org/professional/2011/flowers/index.aspx

or http://www.bsbi.org.uk/field_skills.html.  The FSC also has a number of very useful publications, for example, identifying woodland plants.