You are here: Home > Blog > Flora & Fauna > The geology of your woodland: looking for fossils in the rocks

The geology of your woodland: looking for fossils in the rocks  ~ by Angus 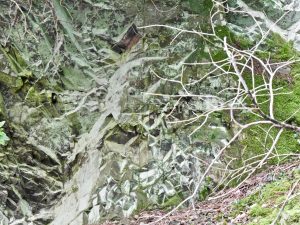 In principle as a freehold woodland owner you own the space above and below your woodland - from the centre of the earth to the highest heavens ("ad coelum et ad inferos" as the old latin legal phrase goes).  This means that for most woodland owners if they were to dig down one or two hundred metres they would go through many of layers of rock going back millions of years and probably containing numerous fossils.  Even though it's impractical to dig down very far some owners like the thought that they have rights over thousands of fossils, however inaccessible.

In some woods these fossils are quite accessible and are actually near the surface.  Woodlands turn out to be a surprisingly promising place to study geology and look for fossils.  That's because they are a relatively undisturbed part of our countryside and rock faces are often left exposed.  Additionally rocky soils and steep slopes were unsuitable for agriculture and often kept as woodland.  Sometimes small quarries were dug in woods for building the nearby roads or forest tracks and these quarries reveal the underlying rock and occasionally fossils. 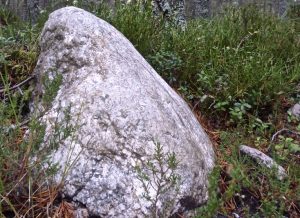 With fossil hunting in mind, I bought a geologist's hammer and protective goggles; and started exploring a small woodland quarry.  At first, I thought I'd discovered some really unusual bright blue stones, only to find that it was just the paint on my hammer which had come off on the rock face!  Soon I started finding the different kind of stones in my wood from felspar to sedimentary rocks and some aggregates.  Mostly ignorant of what I was looking at I needed a guide.  Almost by chance I met a group of geologists from the British Geological Survey led by Dr Phil Wilby.  He pointed out that the rocks I was standing on have moved over the years and that 500 million years ago the land under this particular woodland was actually south of the equator.  You can even put your coordinates into websites to see where that land has moved over hundreds of millions of years.

Some rocks pre-date multicellular creatures, having been created before the so called 541 million years ago, and these very old rocks cannot therefore have any large fossils in them. 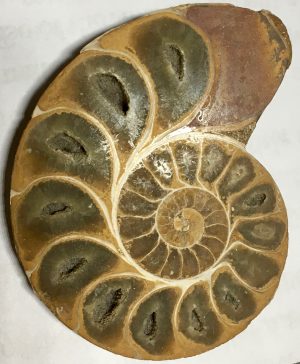 Phil explained to me that in putting together a picture of the local geology you often only get a few samples: "it's like working out a 1,000 piece jigsaw where you only have 3-4 pieces - at least they can give you some idea.  You have to piece together the evidence of what you find with what is known from elsewhere.  For example there are fossils in Charnwood forest in Leicestershire which match up to those in Newfoundland, Canada."

"The Cambrian explosion is the most exciting period of the evolution of life.  The world was utterly transformed.  550 million years ago animals started developing muscles, eyes and teeth." says Phil Wilby who is researching about just how, and how quickly, these changes took place.

It's noticeable that farmers are often very knowledgeable about the geology under their land.  They often have collections of fossils they've found while ploughing and they usually know how the underlying rocks have affected the type of soil that are farming on.  Maybe it's time for woodland owners to find out more about the rocks underlying their woods.  The British Geological Survey have made lots of their data available to identify rocks and soil and to track the history of the ground under your feet:  http://www.bgs.ac.uk/data/services/mash-ups/home.html