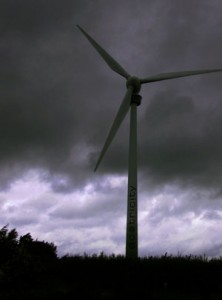 The big winners in these wet conditions were slugs – including the giant Spanish super slug, or Spanish stealth slug that was reported to be invading gardens.  These have an  ‘enhanced’ breeding cycle producing many more eggs and offspring; they may also be the bearers of new diseases and parasites, which will kill off native species.

For many species of birds and butterflies, 2012 has been a poor year in reproductive terms.   Birds, such as the chaffinch, whitethroat, and chiffchaff have struggled to produce fledglings. Even cuckoos failed to breed at Wicken Fen, which is unusual.   Mammals, like water voles were flooded out of their burrows as river levels rose.  Insects – especially butterflies and bees have had a bad time. 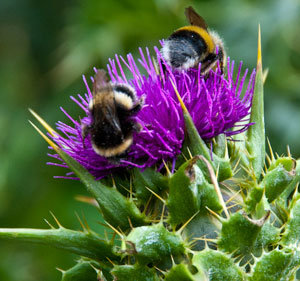 Bees and bumblebees struggle in rainy weather – they cannot forage, nor can they complete their nuptial dance – the queens mate on the wing.  As they could not forage for pollen and nectar so the pollination of fruit crops has been affected; the heavy downpours of rain also had a deleterious effect on the blossom. There are also reports that the quality of fruits and vegetables has been affected - protein levels are lower, as well as the levels of copper, iron and zinc.

The production of honey in hives / nests / colonies has been dramatically affected – as bees have struggled to forage and find suitable flowers.

Among butterflies, common blues had a poor breeding season, as did the holly blue and the whites*.  On the plus side, dragonflies seemingly did well, with 22 species being recorded at Scotney Castle, Kent.   Plants, such as wild orchids, did well.  Impressive displays were seen on the Norfolk Coast, around Blakeney, Stackpole Warren and on the Dunstable Downs.

But by September, the effects of weather on crops was noticeable with significant reductions in the yields from orchards – for example,  the crop of russets was substantially down.

And in October, the BBKA was reporting ”Average annual honey crop per hive down by 72 per cent compared to 2011”.

It has been an unusual year in terms of rainfall, hours of sunshine (or lack thereof), flooding etc; perhaps a harbinger of how our climate / weather is changing ? The longer term effects of such weather on our wildlife remains to be seen.

* though some have noted that there were enough large whites to do serious damage to their brassicas !

[…] year, the blog commented on how the weather was affecting bees, butterflies and bumblebees, and how this in turn was affecting fruit crops etc.  Fortunately, the picture seems to be […]

[…] have changed over the years.  Given that we and wildlife have just experienced one of the wettest years on record, it will be interesting to see if or how the collated results of this year’s survey […]

Hi, here in north east england has also been a bad year in general.
Only wild plants thrived, the oak produced the least acorns that I have ever known -six when normally there are hundereds . Fruit treas not at all.
Rowan was poor for growth but still produced fruit.
Am looking forward with hope and anticipation to this year.

Difficult to generalise but overall the weather was wet and ‘warmish’ – so one might expect plants to do well generally in terms of vegetative growth ( though flowers / pollination might suffer in heavy rain). The only thing that may have held things back might be where the soil became waterlogged and therefore roots would not get enough oxygen etc. for respiration …….

But was it a good year for trees? In our small wood we noticed rapid natural re-growth, especially of birch with substantial saplings establishing themselves this year, especially birch. The down side was that the access was so muddy we’ve found it hard to get up there, although buying a wheelbarrow and parking further away helped!

[…] at Woodlands.co.uk tells us how 2012 – a rather wet year was a good one for slugs in Britain, especially the Spanish stealth slug (Arion flagellu) which I […]